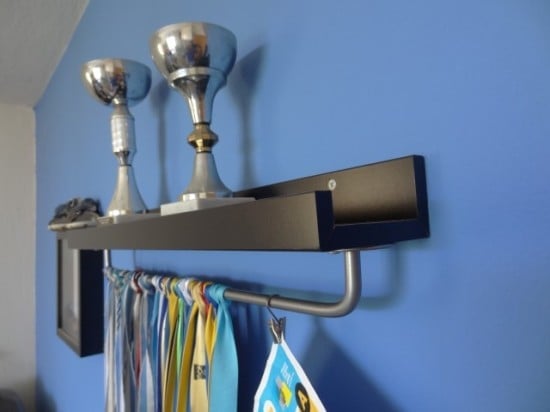 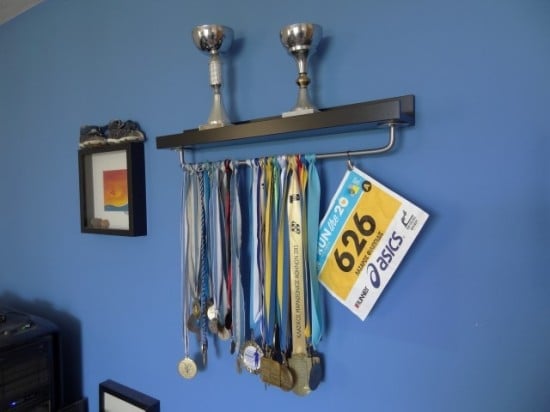 It doesn’t matter if you are a champion or an amateur athlete, if you have earned some medals it is great to put them on display. There are several readymade medal hangers but I preferred to make one on my own. I used two IKEA products for this. The first one was the black RIBBA picture ledge and the second the grey/silver BYGEL rail. I attached the rail on the underside of the picture ledge using four small screws (two on each side) and then I attached this assembly on the wall in the same manner as I would attach the picture ledge on its own. Both items have a width of 55cm so combining them in this way was very easy. The rail is used to hang the medals and the picture ledge is used to place small cups, memorabilia and photographs from the races. Furthermore, the RIKTIG curtain hook with clip can be used to hang the bibs from the rail too. Note that the hooks will need to be widened slightly to be able to be hanged on the rail. 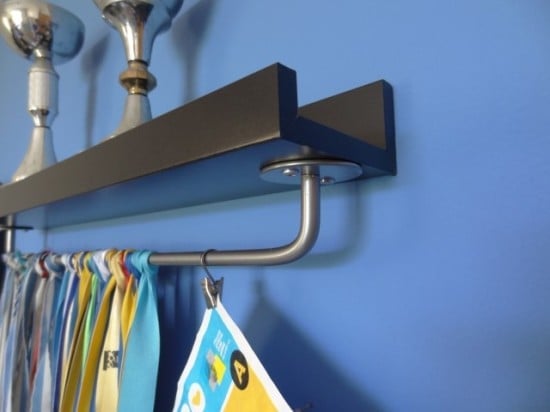 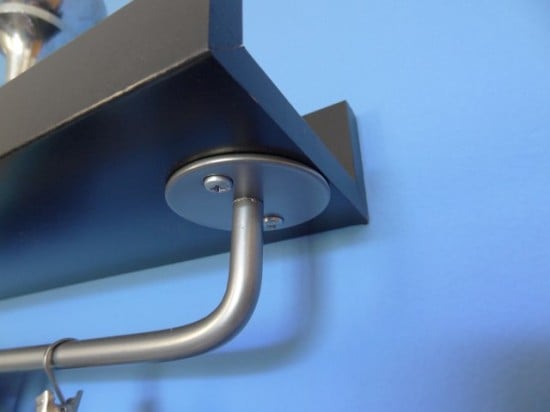 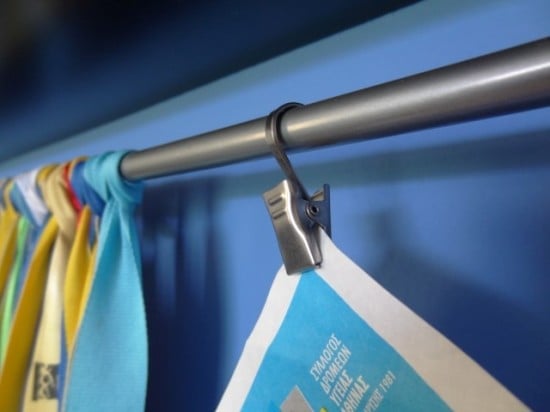