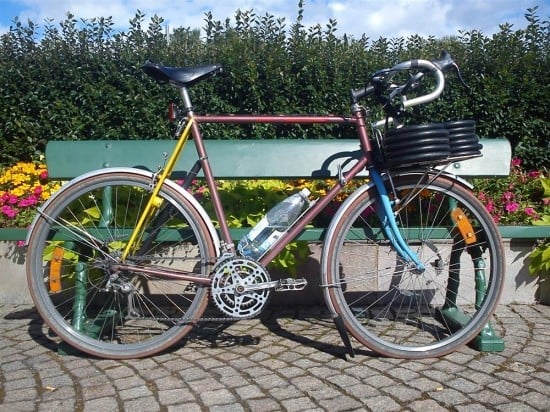 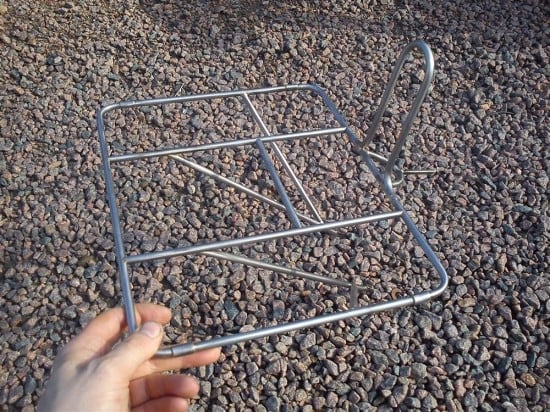 I wanted to make a French style porteur rack for my bike, and used tubing from IKEA trivets to fabricate one. Interestingly enough you can’t buy any tubing like this over-the-counter – I’ve search high and low, but there just isn’t any kind of thin-walled small diameter stainless tubing manufactured other than on special order.

It wasn’t easy, let me say that first. The tubing was very uneven in wall thickness and had to be selected carefully after the trivet had been cut into pieces. As for the fabrication I used a a hack saw, files, a pipe bender and an oxygen-actylene torch for silver brazing. Since the tubes in the trivet are shorter than desired, they had to be joined, with small lugs made out of scrap bits of the tubing.

If you are very observant, you’ll notice that the rack in the first picture (above) doesn’t quite match the one in the next pictures – that is because after the rack first was made, I switched the fork on the bike and had to redo the mounts and struts on the rack. The later pictures are from when I did that. 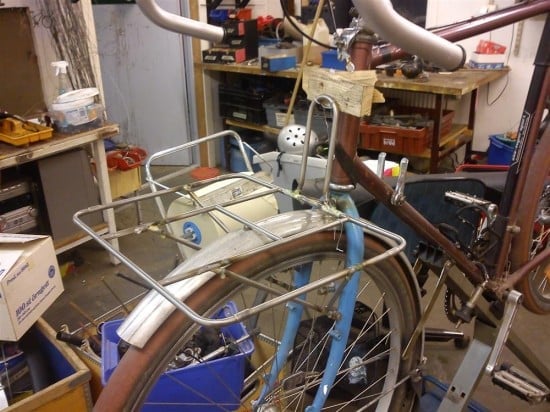 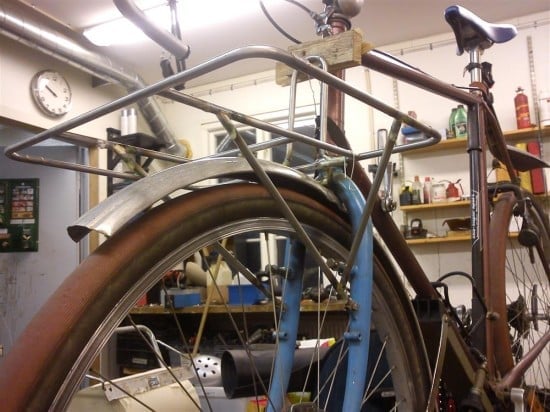 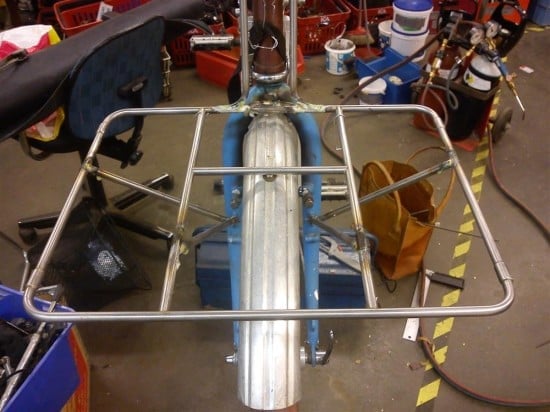 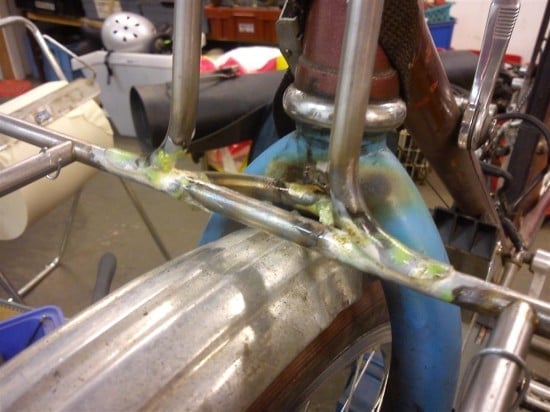 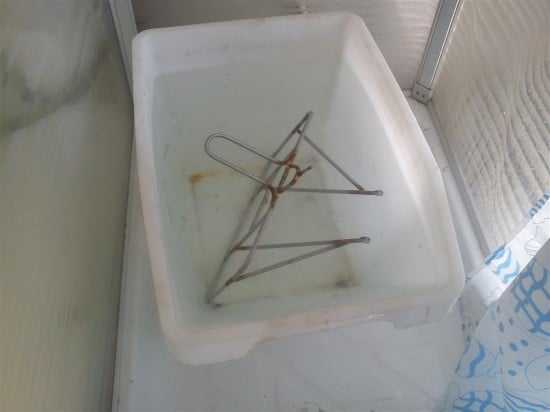 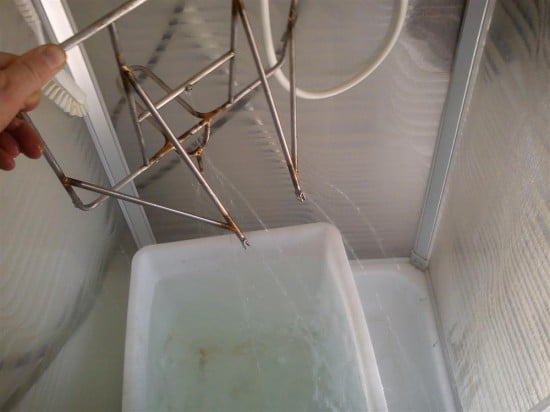 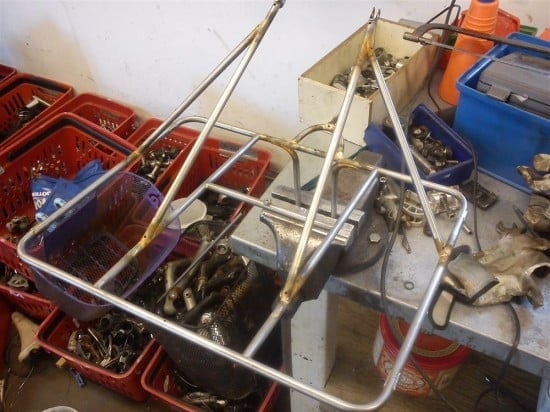 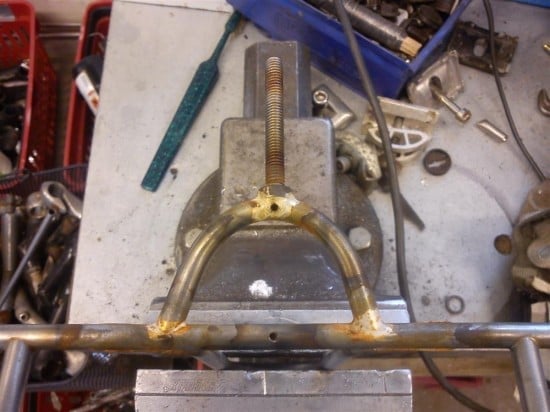 The last pictures with the whole bike shows the rack being tested to the extreme – that’s a bunch of weight lifting weights on there, weighing in total 56 kg/120 pounds. The strap that I used trying to take some weight off the rack with, by distributing the load to the stem also, soon slackened, and all weight was supported by the rack alone for tens of kilometers on bumpy roads. Not bad for a rack that weighs just 340 g/12 oz! 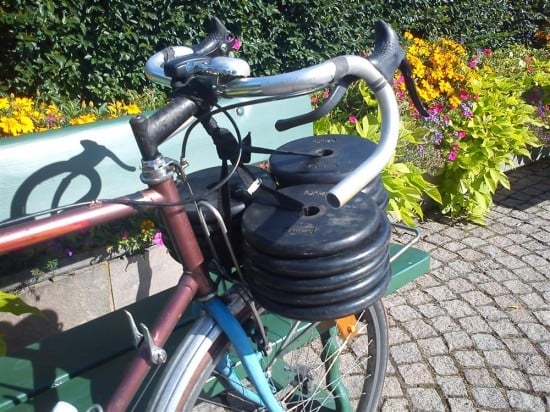