Dressing up the BESTA 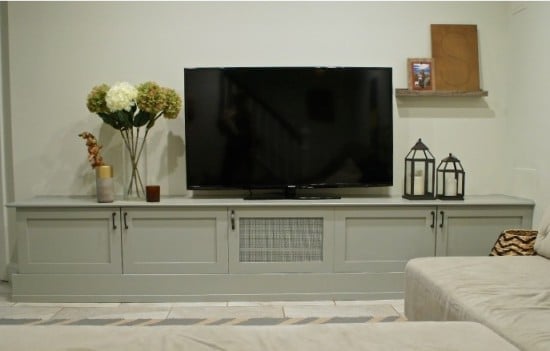 My husband and I just finished remodeling our basement and wanted to create a built-in media center and bar on adjacent walls. Because they would be in the same sightline, I was hoping to find a way to create matching doors for both components. My solution came in the form of the company Semihandmade, who make custom wood doors for Ikea cabinet components. After sending them my plans, they created unfinished Shaker style doors for Akurum and Besta frames that we purchased at Ikea. Then we got to hacking the Besta into a built-in. The doors arrived with pre-drilled holes for the hinges, so my only job was assembling the cabinet frames. Three coats of Benjamin Moore Aura in Fieldstone (sanding between) and the they were perfect. The center cabinet houses our cable box, so I ordered one of the doors to come “glass panel ready”, although I actually fitted it with a decorative metal sheet to allow airflow and prevent the electronic components from overheating. 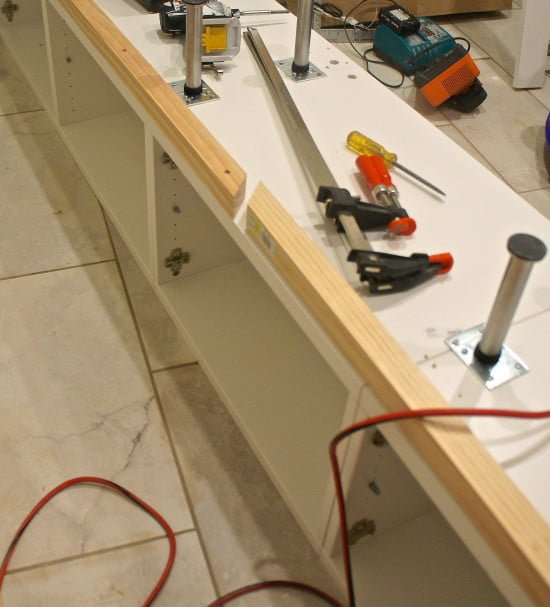 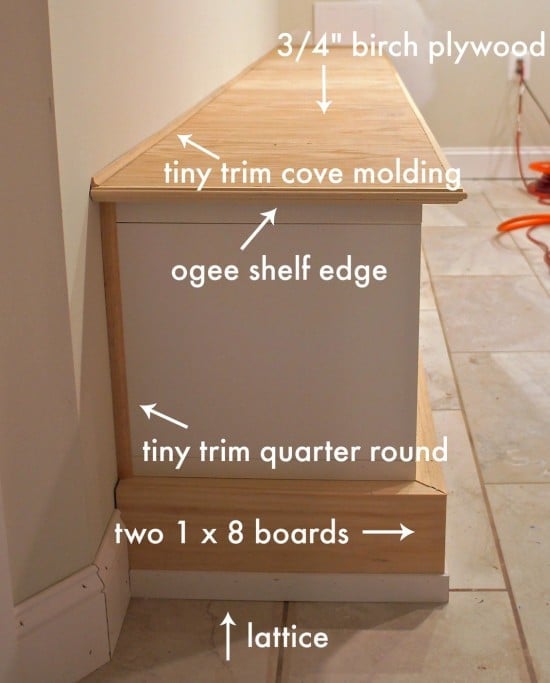 Once the cabinet doors were painted, Jason took over. I wanted the countertop and lower ledge to hang out about 3/4″ further than the doors, so J attached 2×2 boards underneath the cabinet for attaching the base molding. Then, he trimmed everything out. To allow the doors clearance to open, he added a layer of lattice between the plywood top and the Besta frame. After a good sanding, plenty of caulk, and three coats of Aura in Fieldstone, we were ready to attach the doors. The end product is exactly what we had pictured, a built in Besta media center that flows seamlessly from the bar. I think it’s a nice improvement on the original Besta. The look is a little more “family room”, with the added plus that it’s painted, so I can easily touch up when my kids take their art supplies to it. The full details can be found here.