Easel to Magnetic Board + Whiteboard Combo 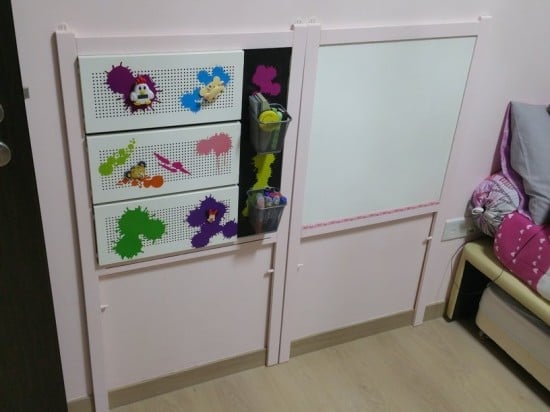 Had a Mala easel which I had no space to open up and use since moving into my new apartment. After browsing around here for some ideas, decided to disassemble it to make it into a magnetic+whiteboard combo for my daughter’s bedroom.

Steps:
1- Took apart the Mala easel by removing the pen tray and unscrew the hinges at the top
2- Cover up the whiteboard and blackboard with newspapers then painted the wooden frame with the spare pink paint that was used to paint my daughter’s bedroom walls 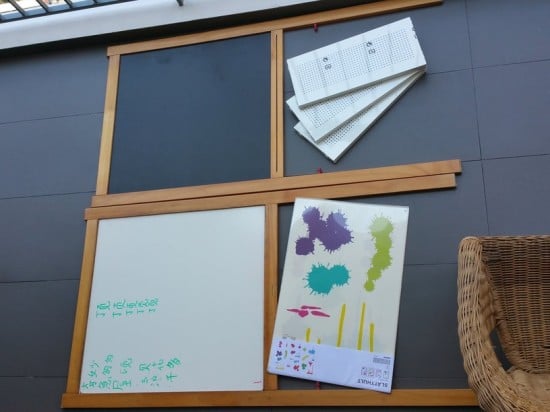