What to do with a Mydal bunk bed when 2 daughters get their own rooms? This awesome hack that’s what!

You’ll need only basic tools, a helper and about one hour.

1. Remove the side rails and ladder with those Ikea allen keys that came with the bed (real hackers never throw these away!). You can discard these planks – or hack them into something else – like shelves – if you are a serious Ikea hacker. 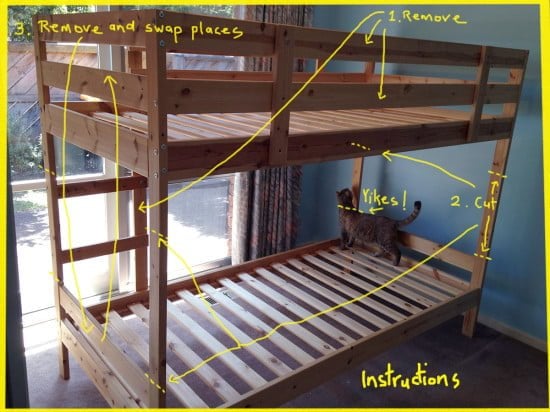 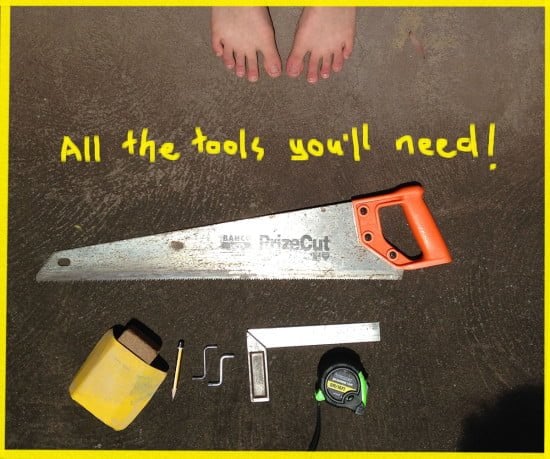 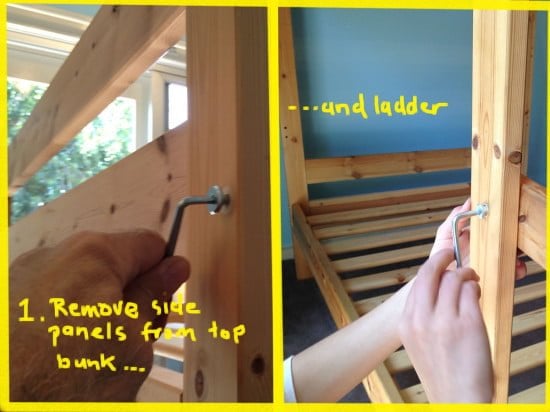 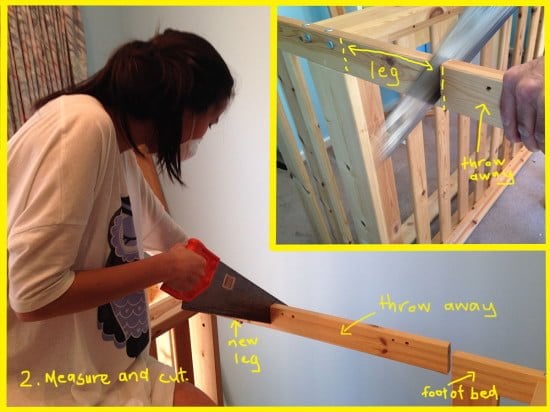 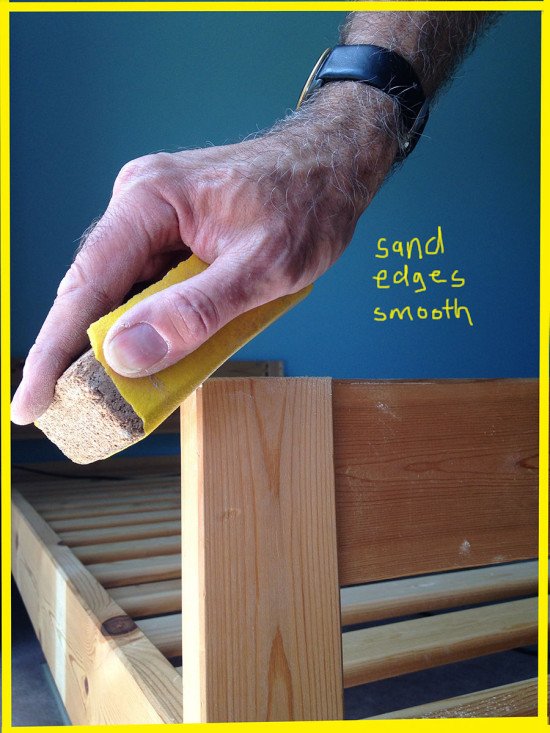 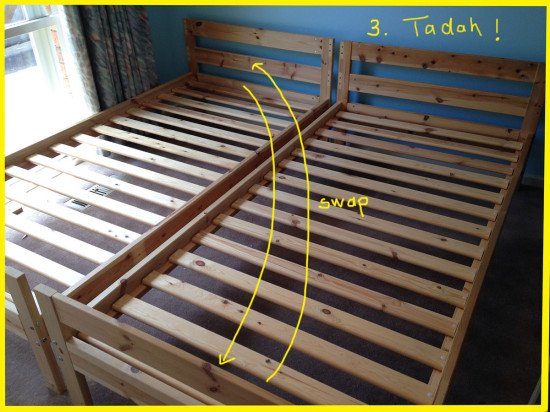 Then on the bottom bunk, mark a cutting line on the four posts in line with the top of the footboard and headboard. Cut these to form the two footboards (bed ends). Discard the resulting four pieces of wood from the posts.

(No animals where harmed during this hack)