As the kids got older we needed to update their playroom to include an entertainment center for watching movies and playing video games, but it also needed to include plenty of storage for toys, books, etc (its still a playroom after all!). We were quoted 4K for a built-in wall unit, so we chose to try an IKEA hack as an alternative. 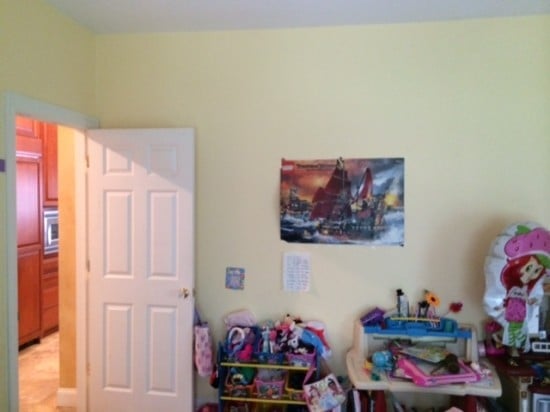 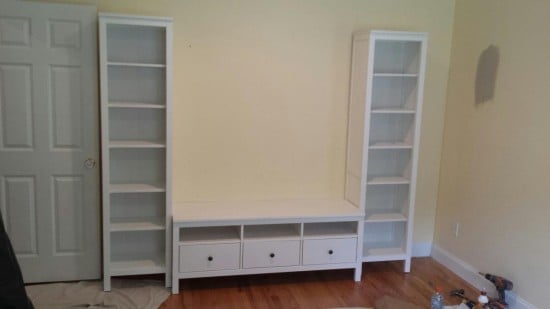 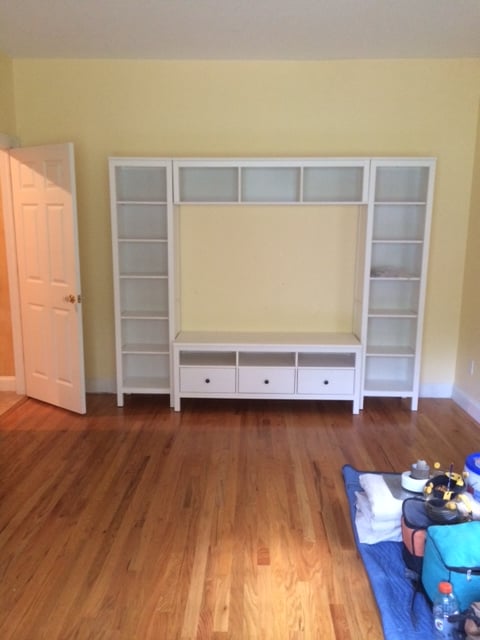 We chose the Hemnes line because they are made of real wood. We bought the Hemnes items noted above. After assembling , we invited my brother-in-law over to help try and dress it up with trim work (he is very good with that). Instead of leaving the wall/bridge unit flush with the bookcases, slightly bumped out the piece to to give the top some depth and interest when adding crown moulding. 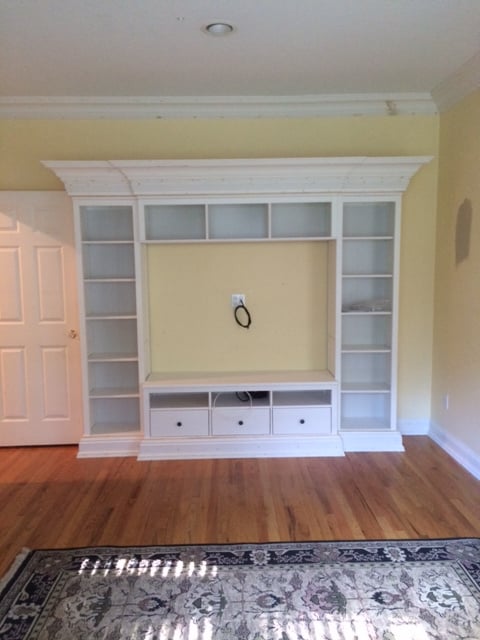 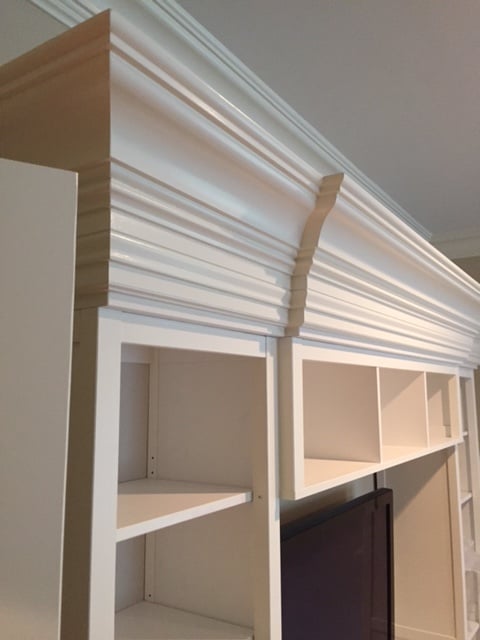 He wrapped the bottom in base moulding with crown to both cover the legs and give the appearance of a custom unit. He did the same at the top adding multiple layers of crown moulding to give it a custom built-in appearance. He added the same crown moulding used on the unit around the ceiling of the room to tie it all together. 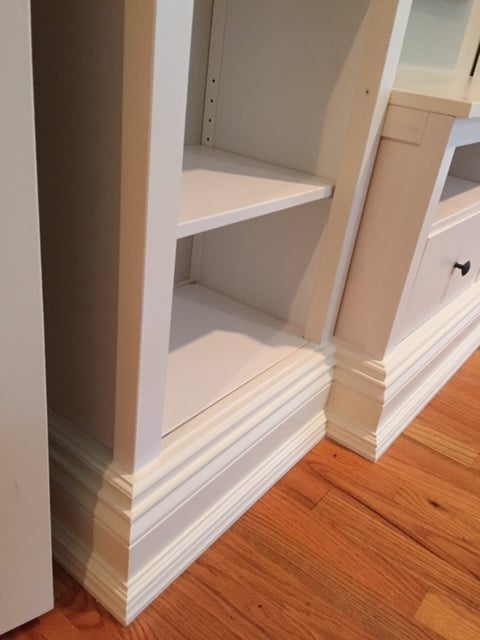 Before painting, we filled in the very small spacing between the bridge unit and bookshelves with some caulking to give it more of a custom fitting look. Last, we found some great wicker baskets on Amazon that fit perfectly into the bookshelves to hold all their toys, games, etc – done! It looks great and the kids and wife are happy with it! 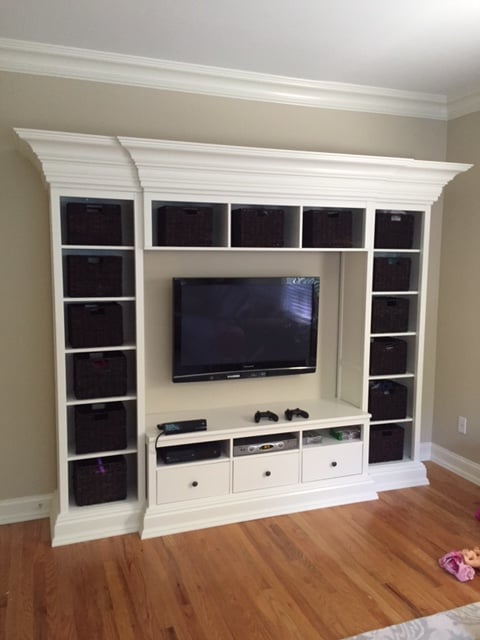