The Highscore Chair: Game on with the IKEA ANTILOP 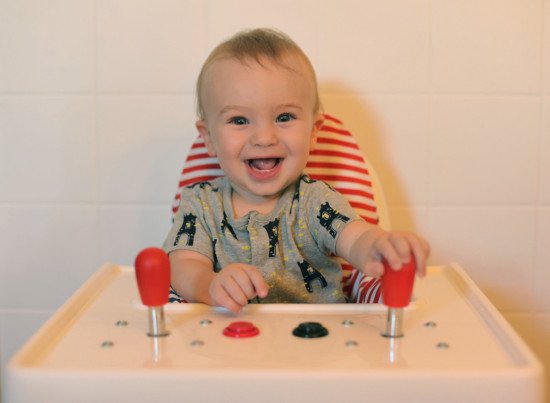 Just finished a hack/mod to an IKEA ANTILOP highchair.

I added some Joysticks and Buttons I had lying around, loosely intended for expanding my arcade cabinet. These parts have the added advantage of actually being functional. I also added MIDI out, which amounts to 10 MIDI triggers, 8 for each joystick and one for each button. The Highscore Chair now triggers samples loaded onto an Akai MPC1000, but with MIDI out it could be used as any sort of control surface now. 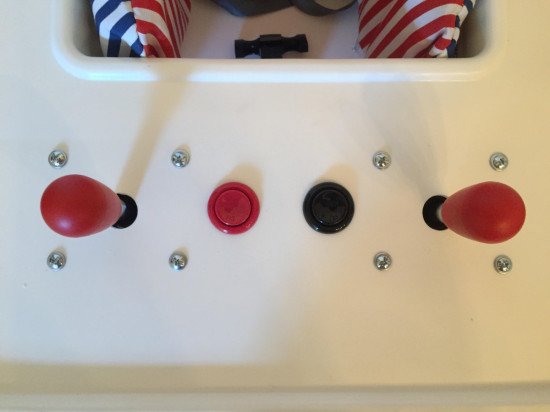