I created a series of LEGO storage drawers that fit under a LACK side table. I can put all my child’s LEGO in them. When pulled out they are used as LEGO play trays.

The LEGO storage drawers were laser cut from MDF and Poplar Plywood. 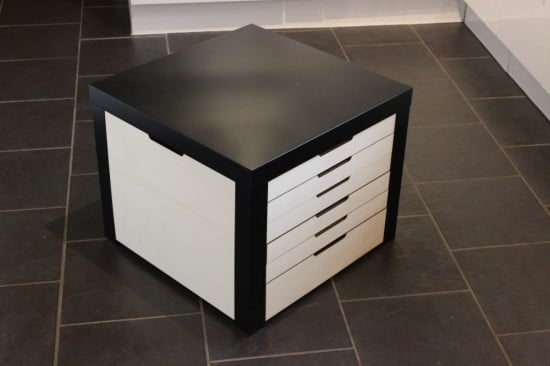 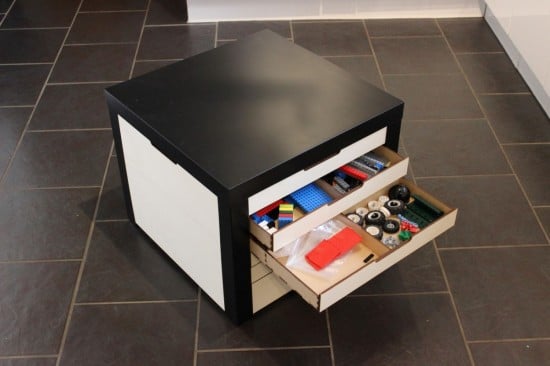 LEGO storage drawers for a LACK side table

The table consist of six trays that slide neatly between the legs of the LACK. The top four trays have six sections, the fifth tray has four sections for slightly larger parts like long beams and the bottom tray is twice as deep with four sections so that assembled models can be stored.

Each tray is lasercut from 3mm mdf and faced with 6mm poplar plywood. I made the rack from 6mm mdf. It has proven to be strong enough to be leaned on by small children.

I turned the sides of the Lack into extra storage for really big base plates and instructions. The sides are hinged at the bottom and held shut with magnets at the top. 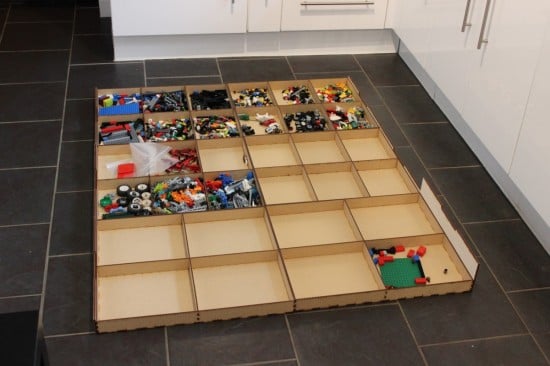 See more detailed instructions and more photos on my blog.

Henk made this as a birthday present for his first grandchild. He made it from a KALLAX shelving unit (single cube) and a Branäs basket. See more of the LEGO DUPLO storage and play table.

‘ with built in storage to help them keep their LEGOs organised and handy. See more of the large LEGO table.

Edyta wanted a classy table that was not too colorful. She also wanted a shelf for bins and custom handles for a lot of storage. This table is all IKEA elements except for the LEGO plates on top. See more of the modern LEGO table.