We have a large dining room, but a lack of storage in the rest of the house. We decided to use a 13′ long wall to create a built in to be used as a buffet, china cabinet, butler’s pantry, game closet and gift wrap storage. The ceiling is vaulted, so we wanted to emphasise the ceiling line.

We used 2 different size PAX units on either side and filled in the middle with BESTA. Since PAX has a toe kick and BESTA does not, we built a platform under the center section with 2x4s and plywood. This also helped even up the height at the top left where the PAX and BESTA are next to each other. We also had to pull PAX forward since it is shallower than BESTA. We bought one extra PAX unit in the deeper depth and used the side panels (cut to size) to cover the sides where there was a gap between the PAX and the wall.

We built the top horizontal panels from MDF and recessed DIODER lights into them. We wanted them to look like LACK shelves, but those didn’t come in the right size. Sherwin Williams was able to color match paint. 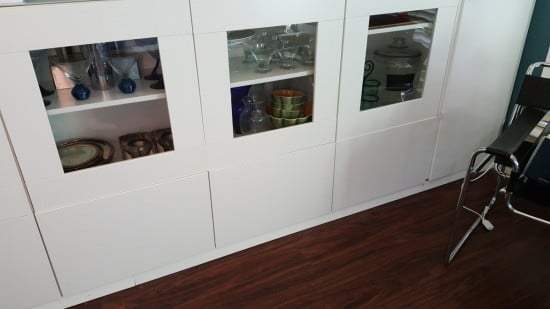 I worked with a metal artist through Custommade.com to create the amazing pulls for the PAX units. All the BESTA units have touch latches. We finished with a MDF baseboard which we painted with the color-matched paint. Two LACK shelves were floated on the wall in the middle section. 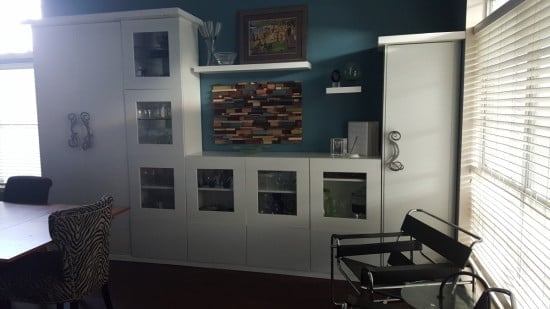 The new built in has so much storage. I have always joked that I want a gift wrap room and now I have a gift wrap closet! It is both beautiful and functional and brings a lot of interest to a room that architecturally isn’t too interesting. 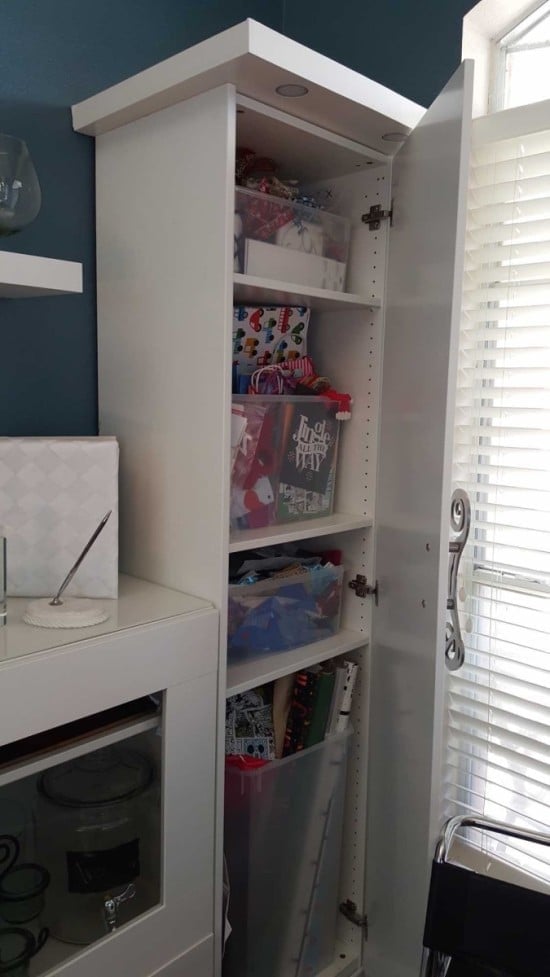 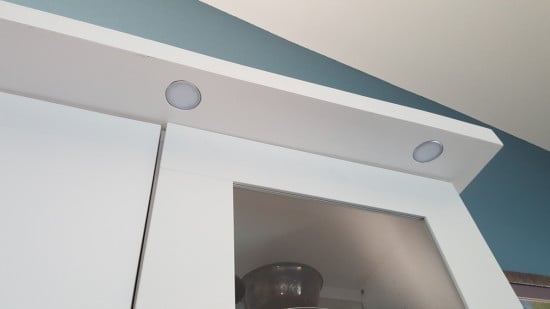