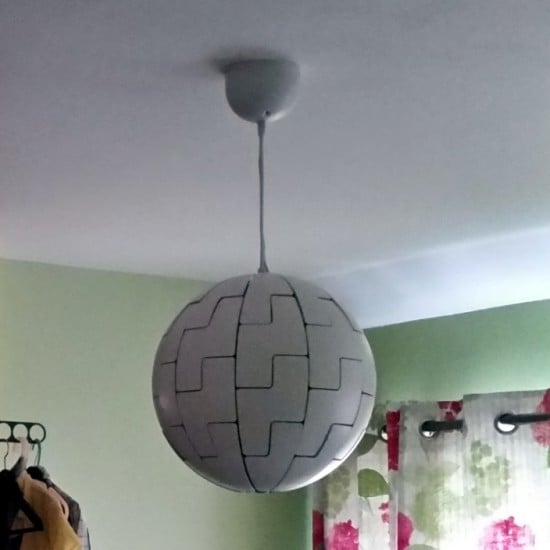 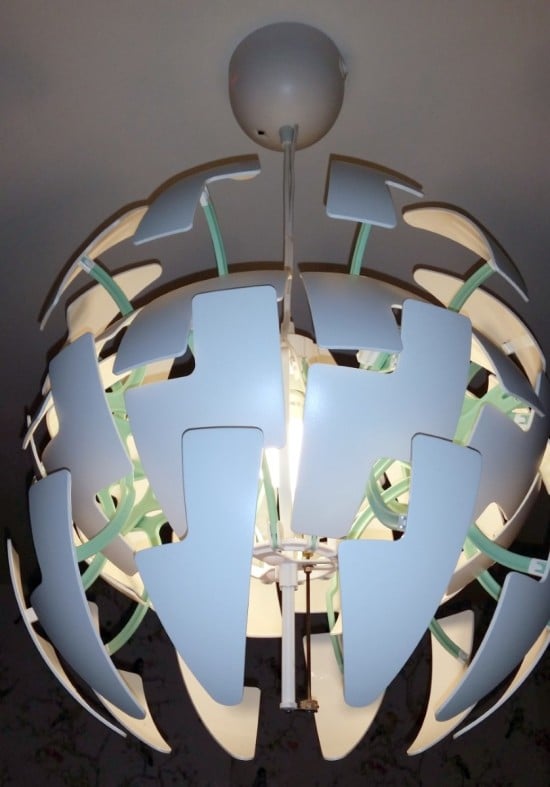 I would like to share with you my pendant lamp automation project. Being an engineer myself I could not resist adding remote control to this manually expandable lamp I saw at IKEA, no matter the cost. I’ve replaced pull strings with M3 threaded rod and DC motor, added micro-controller to drive it and after a bit of soldering, cutting, drilling it moves by itself. The lamp can be controlled two ways. First of all, as you would expect, the light can be switched on, off and dimmed using standard wall switch. In addition to that, there is an Infra-Red remote control for more precise and programmable movement. In fact, it allows to save 3 positions and remembers the last position when switched on. Youtube video is available here.

Luckily, there was no need for a significant alteration of the lamp itself. I only had to remove the pulley and the string that were used to expand it. The string I’ve replaced with standard M3 threaded rod (could not find a lead screw of such a small size), while in the pulley’s place I’ve mounted a DC motor to drive that rod. It was fairly easy to mount DC motor using plastic bracket that I’ve made out of a 5mm flat plastic piece. On the other end of M3 rod I’ve mounted a ball bearing from an old 2.5″ hard drive for support. Without this support the rod was vibrating too much when spinning. 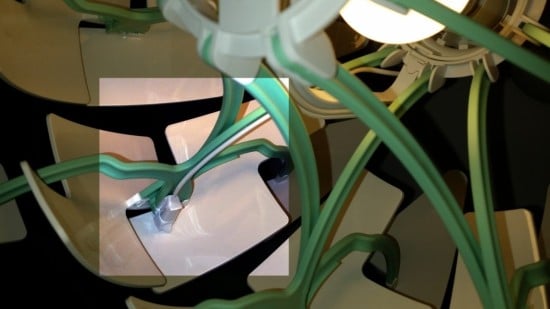 DC motor is fine to drive the lamp, but without knowing lamp’s position it could be difficult to control it. Running a motor for a precise time was not an option as due to friction and other factors the motor speed was not repeatable. I’ve also tried a stepper motor instead of DC, but this appeared to be too slow and sometimes would skip a step or two. So instead I’ve mounted a high precision potentiometer for a sensor continuously providing position to the micro-controller. This turned out to be repeatable and more precise that I expected. 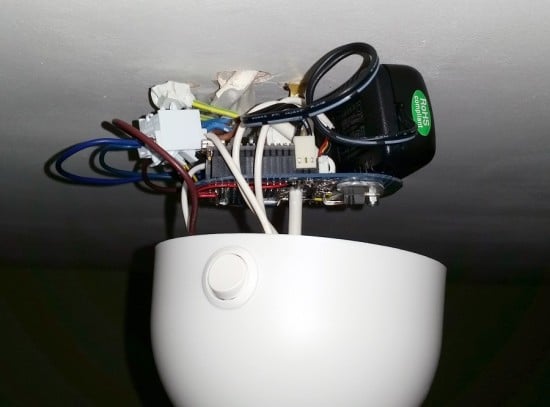 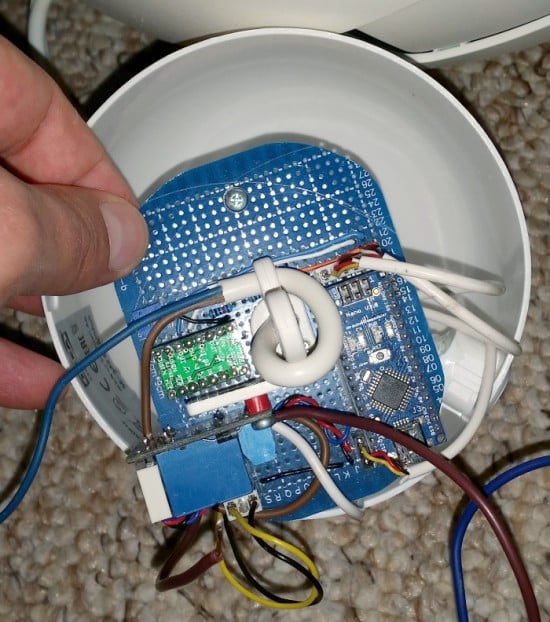 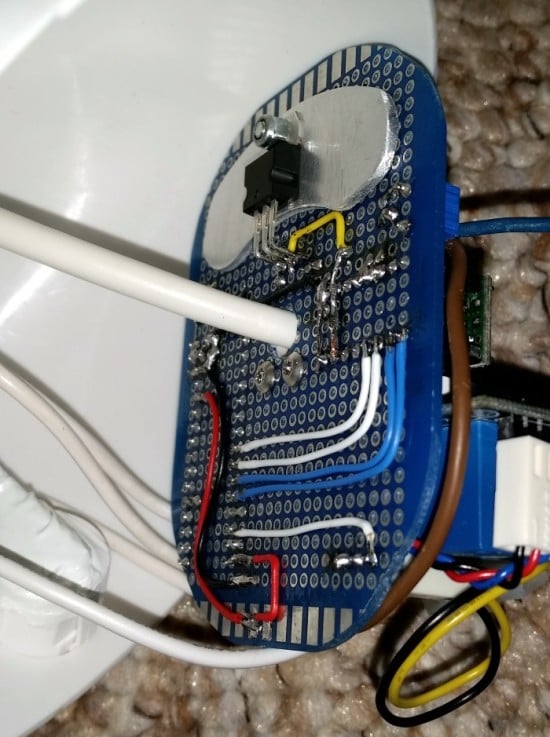 As for the brain, I’ve managed to put it all inside the canopies. It was a bit of a challenge as I had to mount a 12V power supply, Arduino Nano micro-controller, DC motor driver, power regulator for DC motor and 240V relay to control the light itself on a single control board. Of course it was well worth the effort as I managed to hide most of the components from the view making it look more like a standard lamp as oppose a geeky project. Even my partner was OK to put in our bedroom. After six month and a couple of software bugs it is still running fine being used on a daily basis. 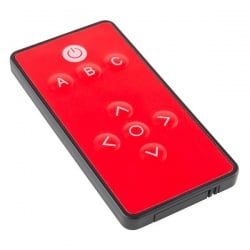