I was in bad need of a stitching pony. It is a device that allows you to hold two pieces of leather if you want to stitch them using saddle stitch – traditional hands only technique for (once) sewing harnesses and saddles and now used to make bags. It can have a form of a bench, giant tweezers or clamps. Hermes artisans use stitching clamps (similar device). There was nowhere to buy it so I knew I would have to make one. In a moment of illumination I recalled that there are bent wood table legs at IKEA. (Note: I believe they are the VIKA OLEBY legs. ~ Jules)

The bent part was the most important. What I’ve done:

I use it for bigger items – the area between the jaws is bigger than in a stitching clamp I managed to buy much, much later. Compare both in the picture. Unfortunately they do not make those legs any more. You can use smaller ones from FROSTA stool to make a table mounted stitching pony for sewing watch straps and other smaller accessories. I know it is not a hack of universal appeal but it just proves again how versatile are the bent legs of IKEA. 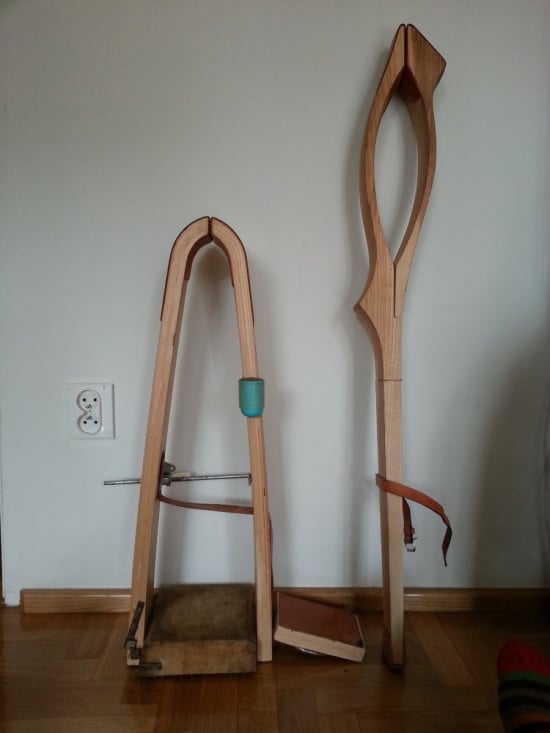 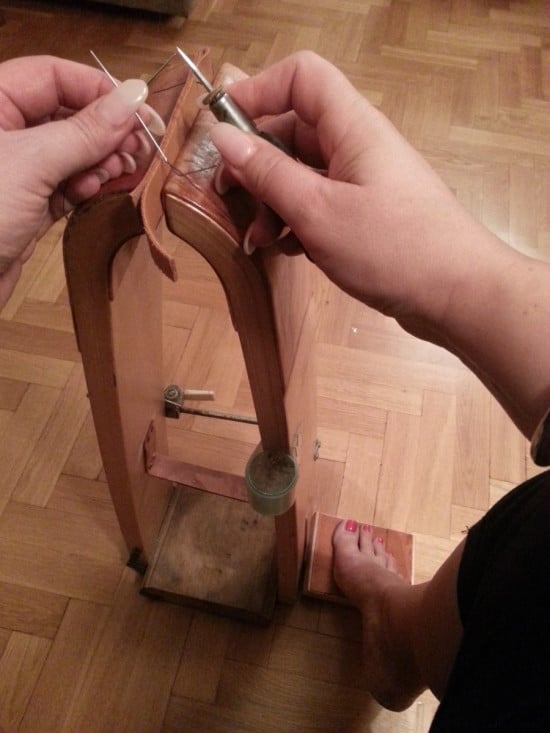