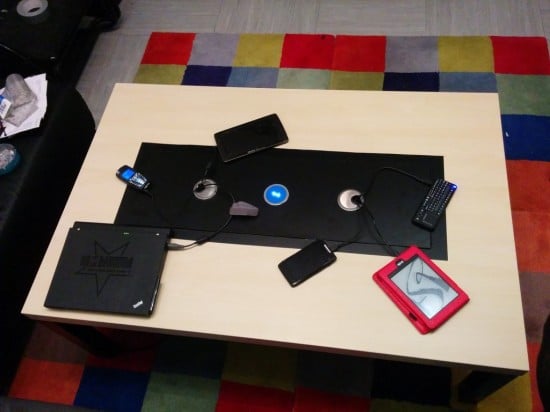 The idea was to replace my old living room coffee table with something new and useful. The final solution I came up with is easy and works great. 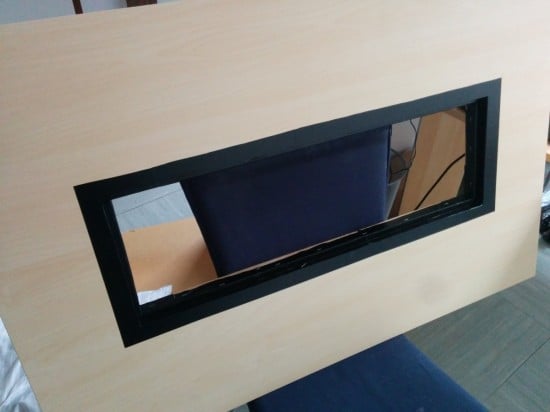 The top of the TV Bench with one of the sets of legs glued to it as spacer is mounted below the table, to create space for the power-cords and power supplies. 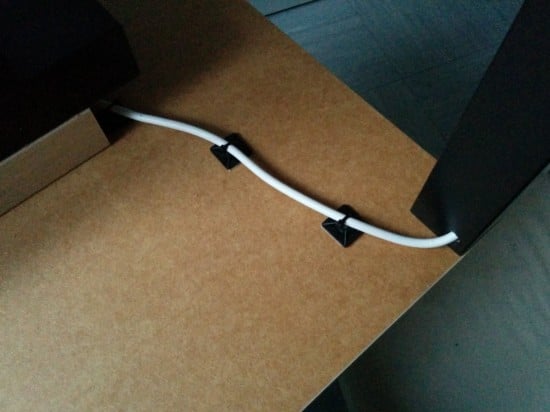 The main power cable I have routed through one of the legs and added a PC-powercord-connector-jack to it which nicely fits into the leg. Finally I drilled some 60mm-holes into the center plate and added some cable gateways and a QI-charger for my phone. 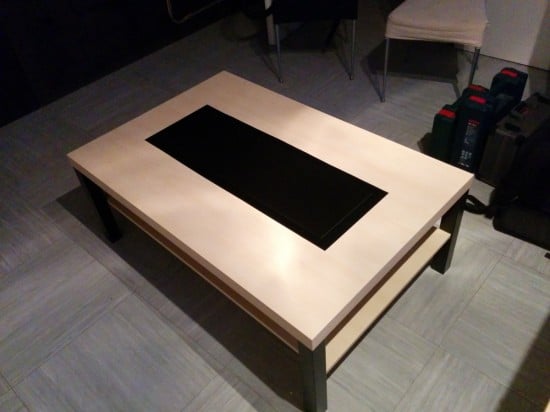 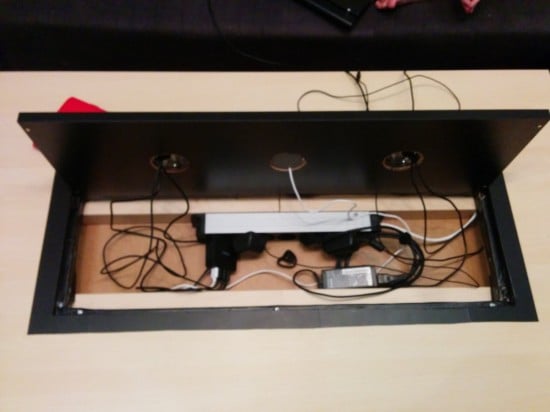 You can read about my project in detail on my blog. There are also more pictures and in a higher resolution available on my blog (in german).

~ 100 euros (including qi-charger and power hub)