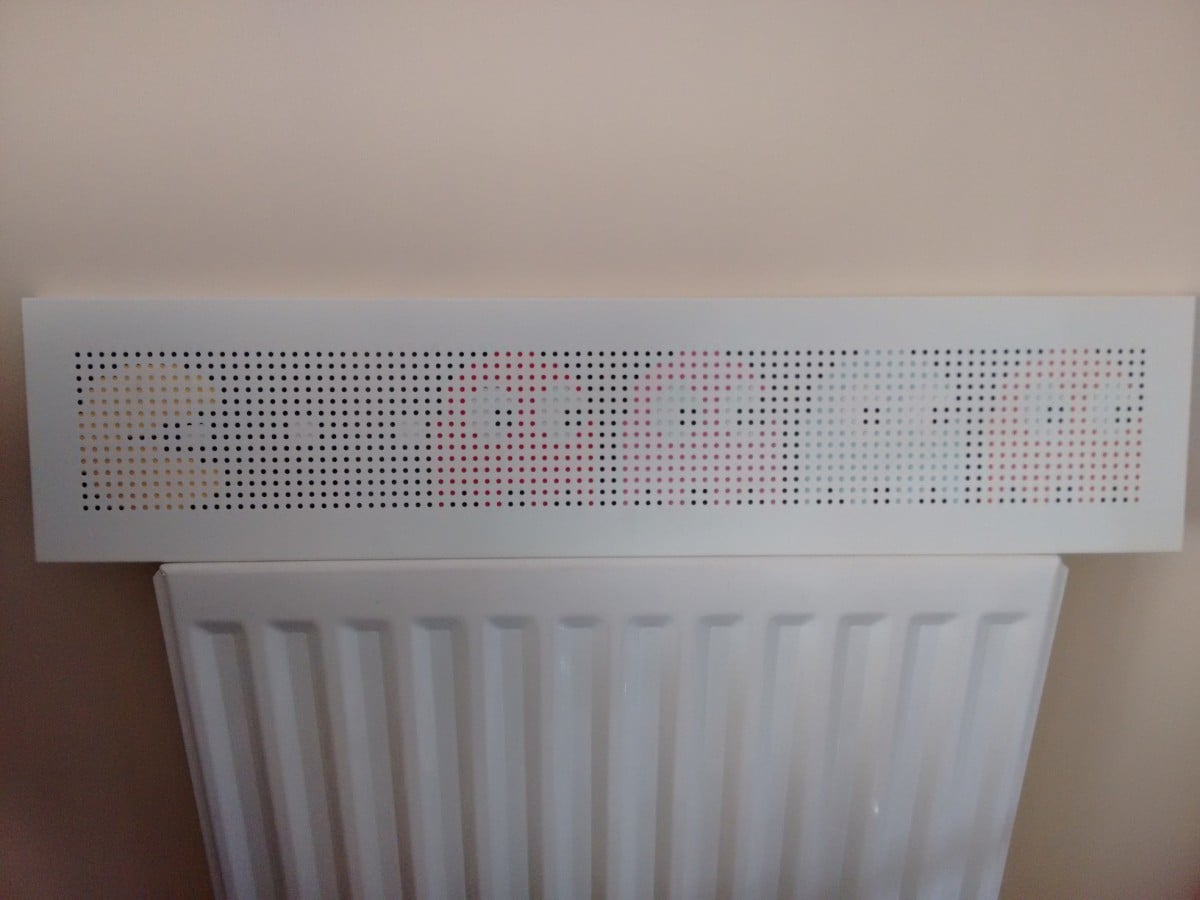 Whilst browsing in IKEA one day, it occurred to me that the Algot shelves with holes in might be re-purposed to create pixel games art. So I decided to try that. 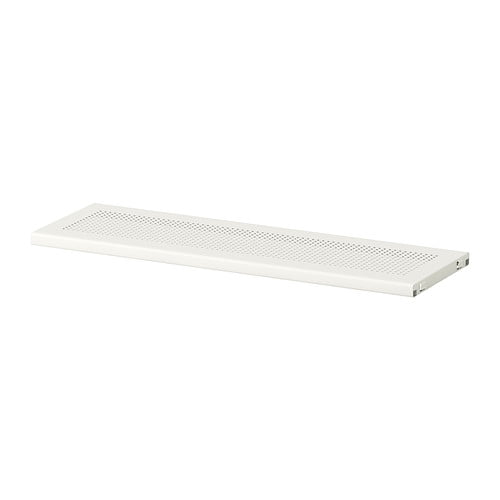 Looking at retro pixel games, I decided on a Pacman theme, so I used the widest narrowest shelf which is 80x18cm, part number 802.185.85. I cut up some coloured card in to desired shapes and placed them inside.

Initially I just used Blu-tack, but this lead me to discover that the effect only works at all if the card is held right against the metal, which isn’t achievable with Blu-tack.

On my fridge I had some magnetic memo cards which I’d bought from IKEA years ago and never actually used to take memos. These are exactly the right size to cover all the holes and just strong enough to hold the card against the metal. I’ve no idea what the product name or part number for these is and as far as I can tell IKEA no longer sell them. If you recognise them, speak up in the comments.

Unfortunately I didn’t have enough of those so had to find something else to use. After much searching I discovered Xcut A5 magnetic shims which are sold in arts and crafts stores for purposes I really don’t understand. 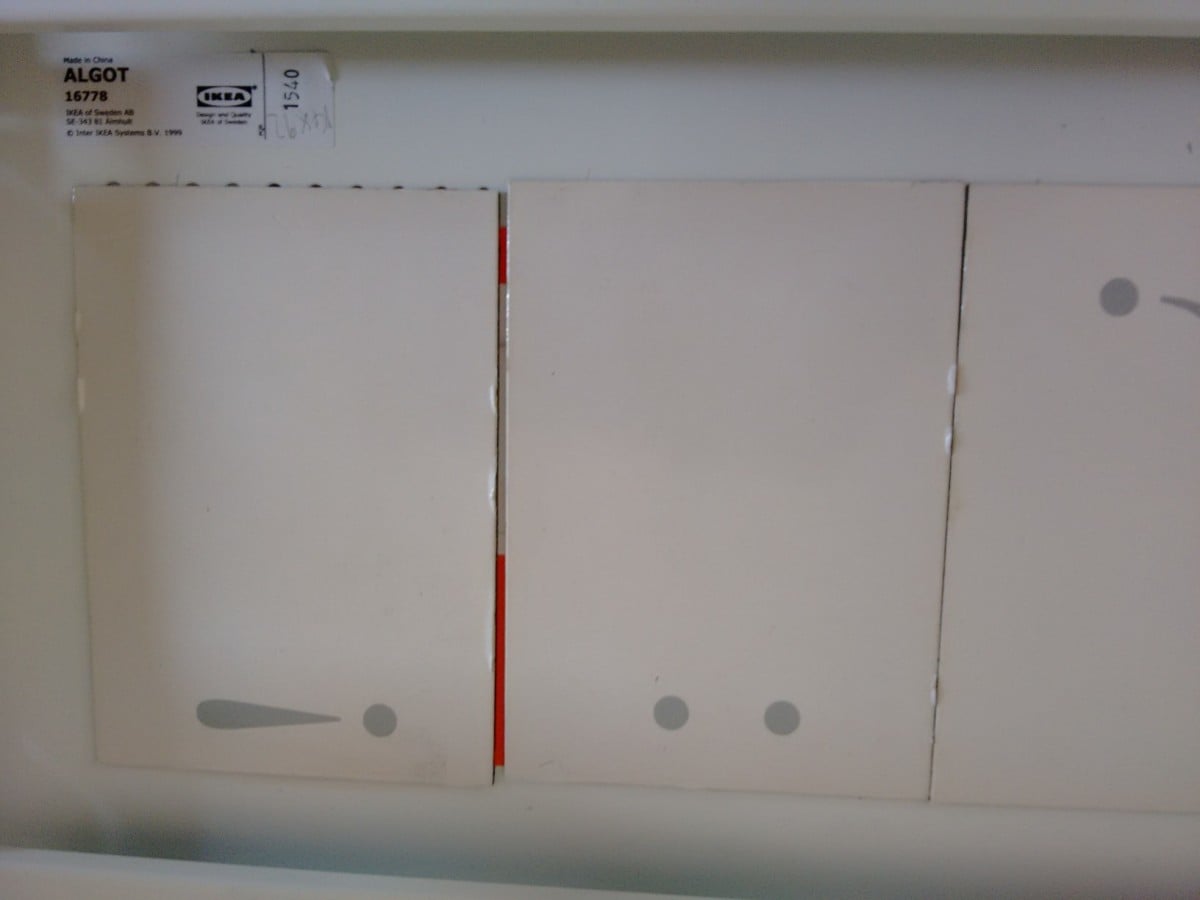 I’m quite pleased with the result though the image of the pixel games is rather more subtle than I was expecting. I’ve wondered about doing something that involves translucent material instead of the card and backlighting it.

Along each of the long edges of the shelf is a sort of of gutter which I discovered the Ledberg LED strip fits in really well. It didn’t achieve anything of course because the card is totally covered by the magnetic sheets, but it’s something to think about. (I don’t have any photos of the LED strip in place, I’ve since put it somewhere I don’t want to pull it out from. If you look at the shelf you’ll immediately see how it’d fit in. I think I have part number 503.027.12)

Using translucent material and positioning the shelf somewhere it gets naturally backlit might work too. 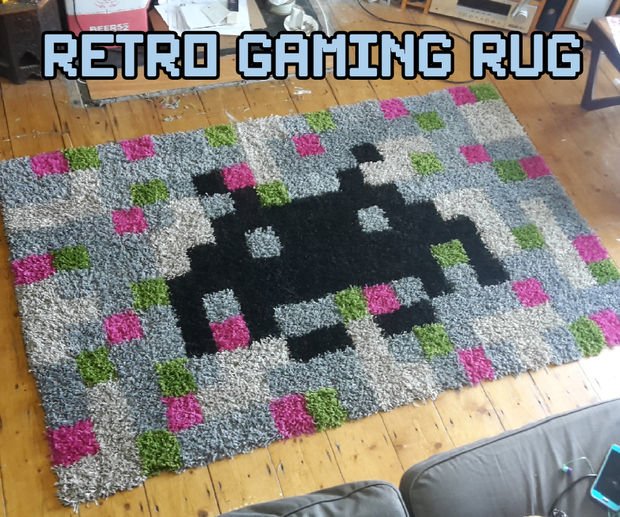 Make this cute pixel art retro games rug out of IKEA Hampen rugs. Get ’em Space Invaders into your home.