Here is an incredibly easy hack I did which solved two problems:

1. Preventing toys and shoes from getting pushed under my daughter’s crib,

First, I tried using Ikea’s KUSINER, which had worked so wonderfully as a drawers underneath a critter bed. But they were too tall, and even when I tried modifying the height, I still was losing storage space, as I could only fit one. 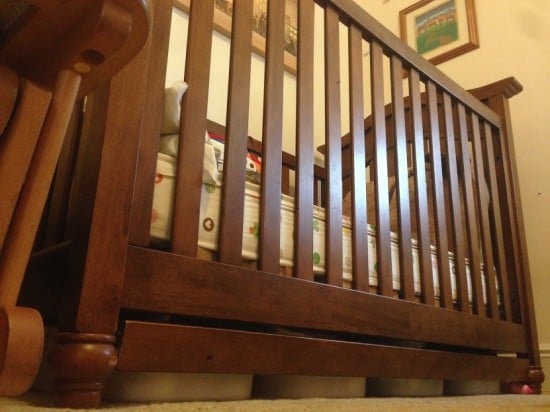 I was lucky enough to have an extra wooden bar which had come with my crib (but was no longer needed, as it had a defect and had already been replaced). I cut this to the appropriate length, and sanded the edges to make it safe. I tried gluing felt pads to it wouldn’t scratch the feet of the crib when the drawer slid in and out, but they fell off, and I’ve let the issue slide (pun intended).

Next, I lined up the four Trofast boxes and determined how high the drawer front should be attached, so that when the draw was closed, it would fit nicely with the crib. 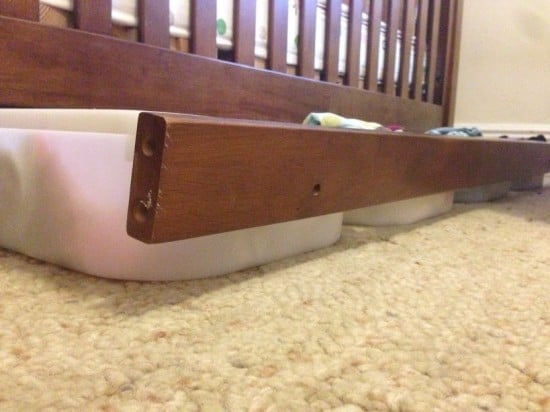 Using a driver, and two screws for each drawer, I easily secured the four small TROFAST boxes to this drawer front, making sure to keep the drawer front level as I installed each box. 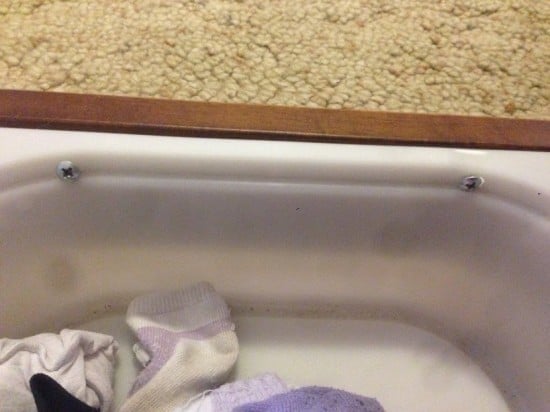 The bins slide easily in and out from under the crib, and work fantastically as clothes storage (and also looks nice). 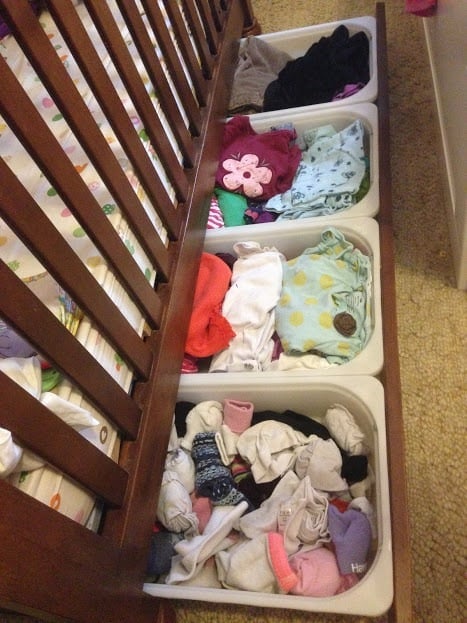 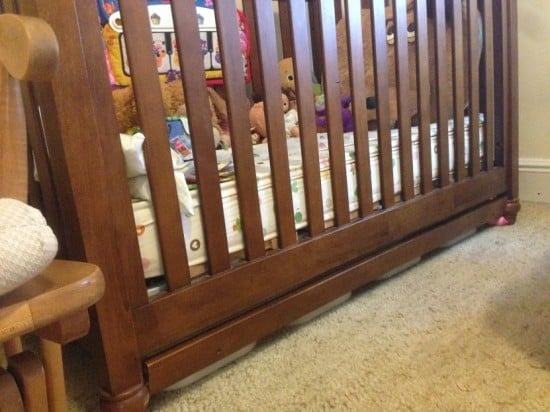 I allow the feet of the crib to be the drawer guide, which leads to some wiggling of the drawer (and some chafing on the wood), but it slides back in so easily that I don’t sweat it. 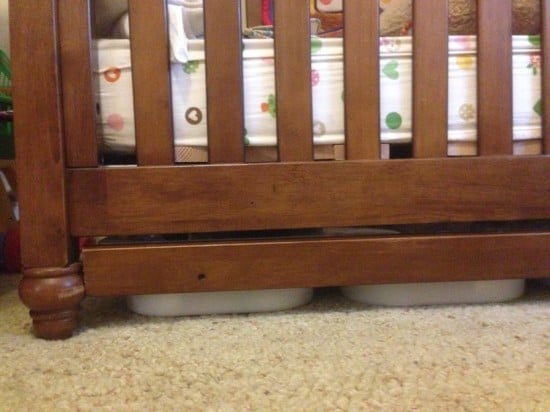