It was time to upgrade my beloved Ektorp sofa range. I decided on the Stocksund, which I’m really pleased about, but I just couldn’t bear to part with my trusty old Ektorp armchair. I wanted to put it in my bedroom, but I live in a 1950s art deco cottage in Perth, so floor space is at a premium. The low line of the profile, coupled with the long skirt, made the chair seem far too big for the space. I wondered if I could hack it into something more suitable, while still retaining its Ektorp essence. 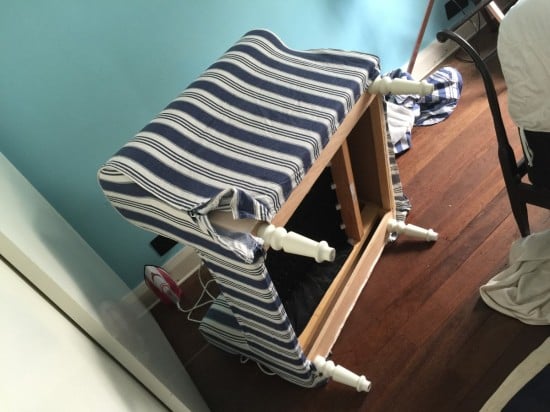 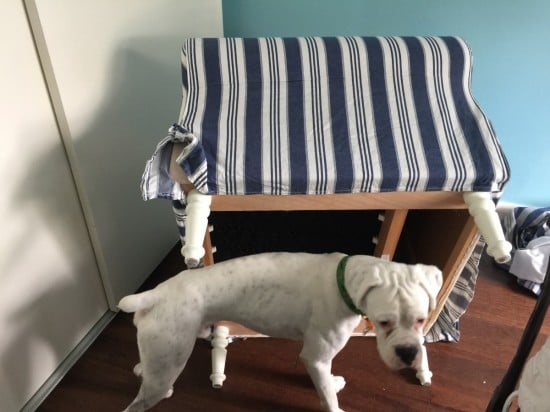 I found a set of Brattvag legs for half price in the As-Is corner on our last visit to Ikea, and an idea began to form. I had an old Abyn chair cover that I was keeping as a spare, and I decided to see if I could hack it by stapling the skirt to the chair frame to show off the legs. I started by ironing it in situ, because it was a little wrinkled from storage. Usually, I don’t iron my covers after I replace them when they’ve been in the wash, but I do think it helped the cover to sit flush against the frame. It was quite easy, with a standard staple gun. I did find the corners a bit tricky, but I used a sharp pair of scissors to cut some of the fabric from the darts so that the corners would sit neatly against the frame. I used several rows of staples along each edge for strength as well as to fix the skirt and tuck it out of sight. It took about half an hour, but luckily I had my dog, Lucius, for company so I didn’t get lonely!

This is what I ended up with! I’m really pleased. It’s given the chair a new lease of life and it fits into the bedroom really well. 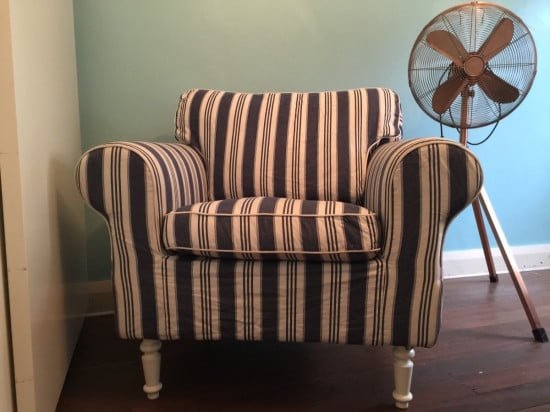 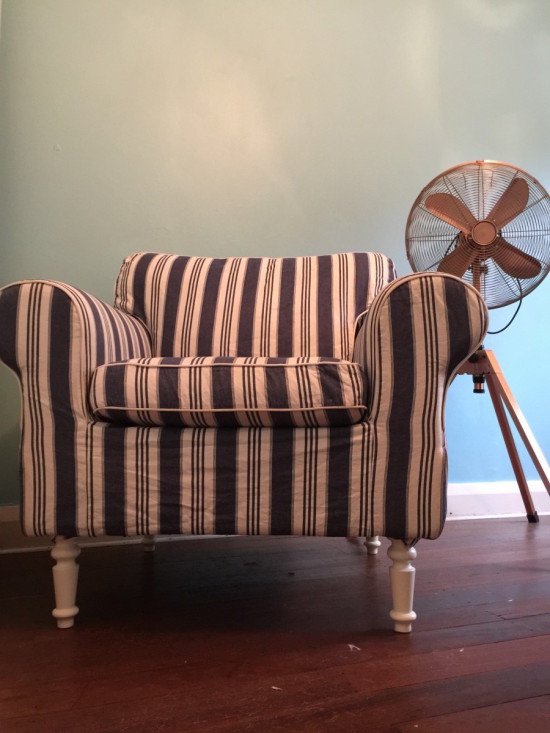