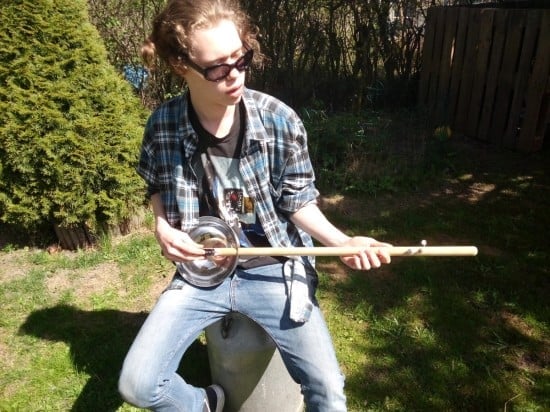 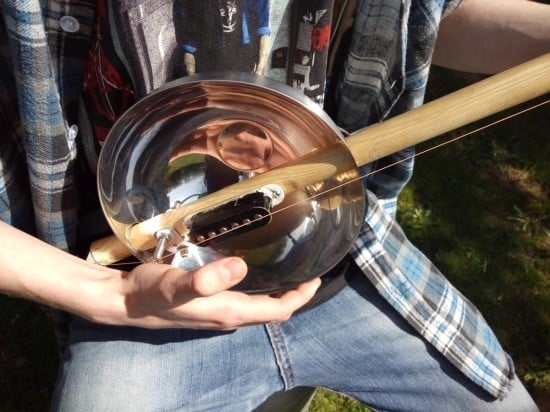 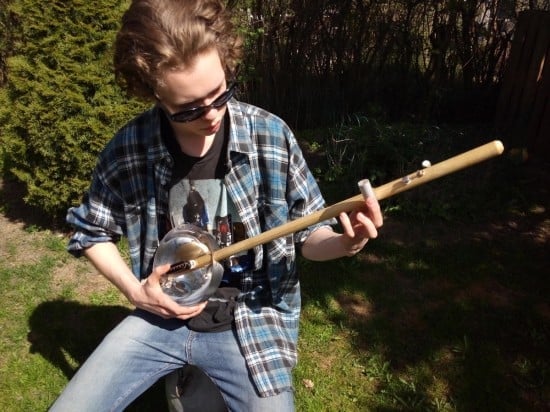 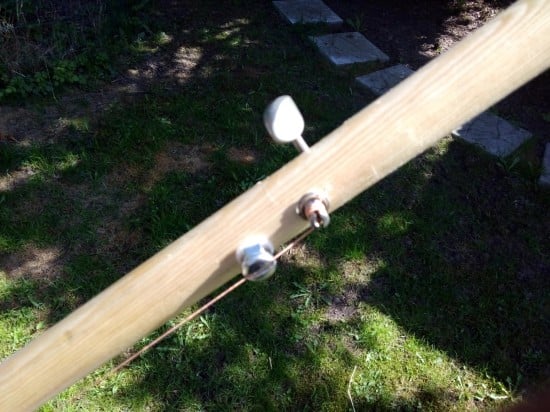 IKEA’s Blanda Blank bowl seemed like a good base for acoustic Diddley Bow, even though I installed a microphone. The Diddley Bow is a single-stringed American instrument which influenced the development of the blues sound. It consists of a single string of baling wire tensioned between two nails on a board over a glass bottle, which is used both as a bridge and as a means to magnify the instrument’s sound.