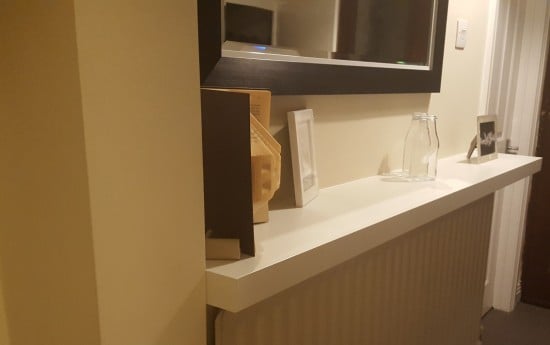 I wanted a LACK shelf to fit a space in my hallway that was 170cm wide but the nearest size was 190cm. My plan was to remove the end cap from the shelf, cut the shelf to size and then to reattach the end cap. This is the approach that I took:

1. I decided to shorten the end of the shelf that was going to be least visible. 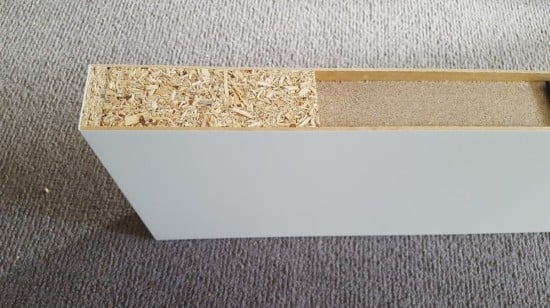 2. The first step was to remove the chipboard block. Other guides about disassembling IKEA products mentioned using heat, so I used a hairdryer to heat the area and then a chisel to pry the block out. 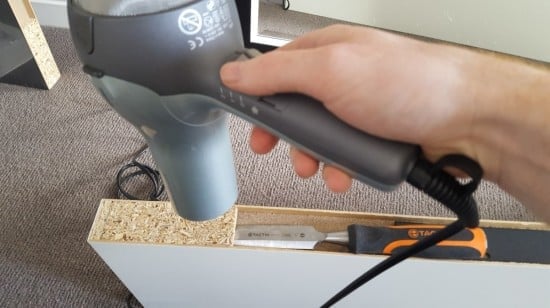 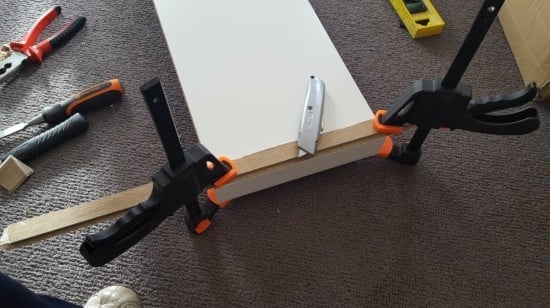 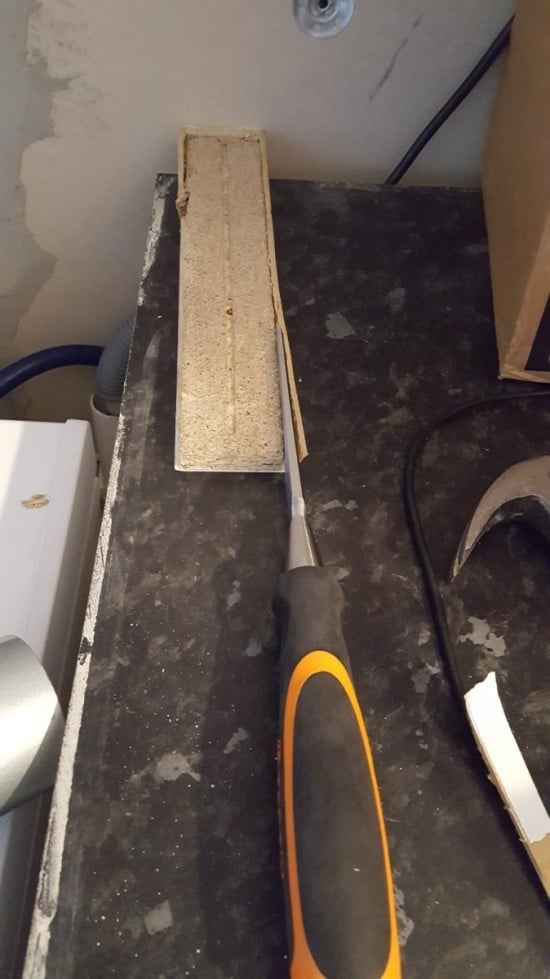 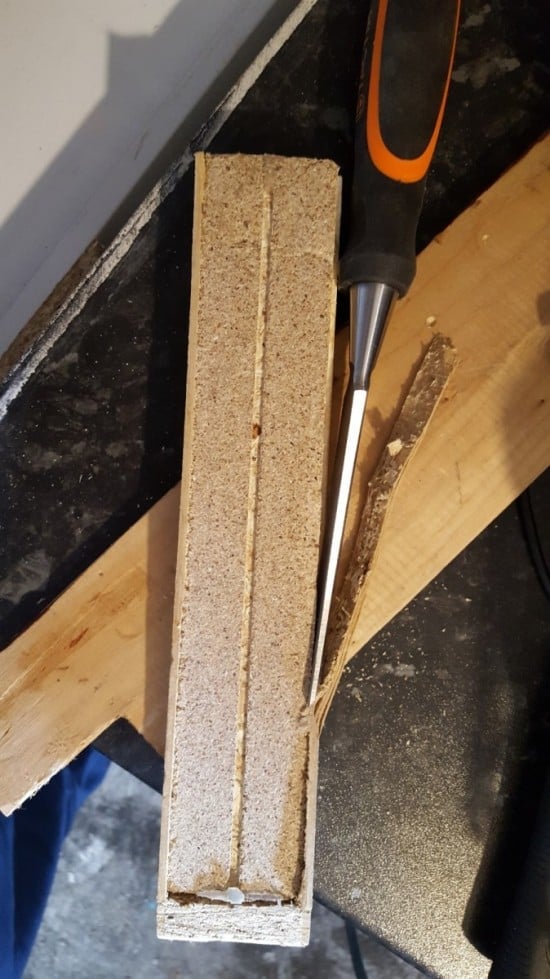 4. With the end cap cut away from the shelf, I was then able to use heat and a chisel to remove the outer edges from the end cap. 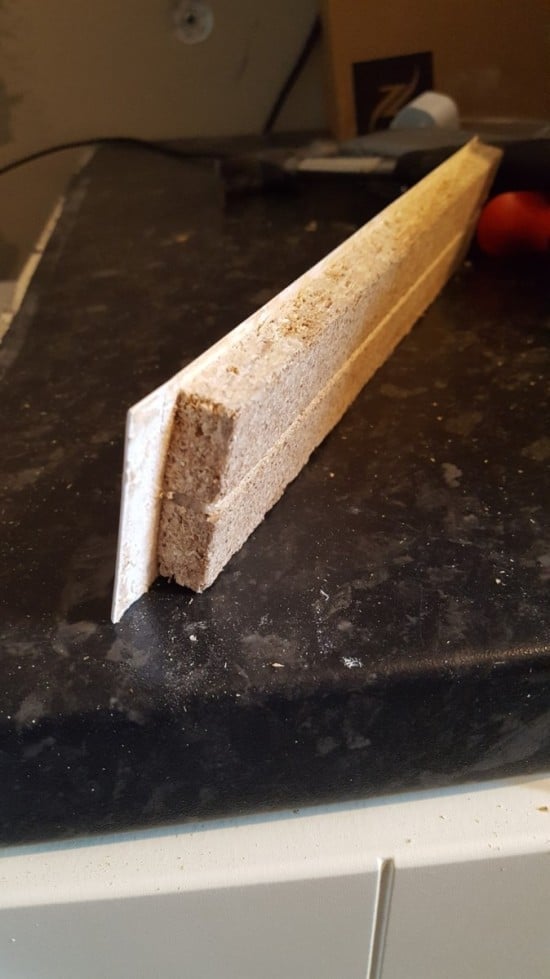 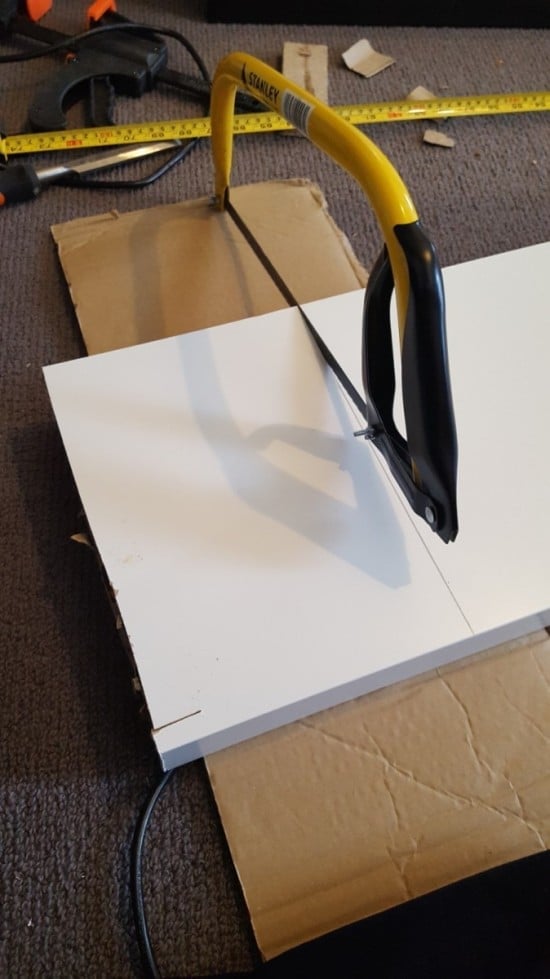 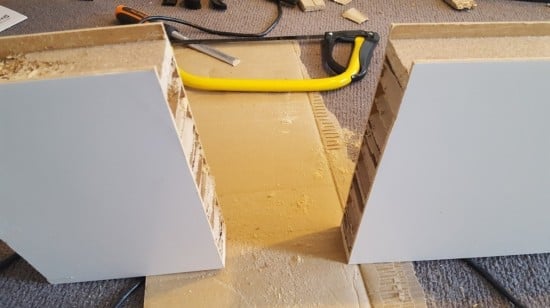 6. I replaced the end cap and glued back in the chipboard block. I used some white caulk to clean up the edges around the end cap. 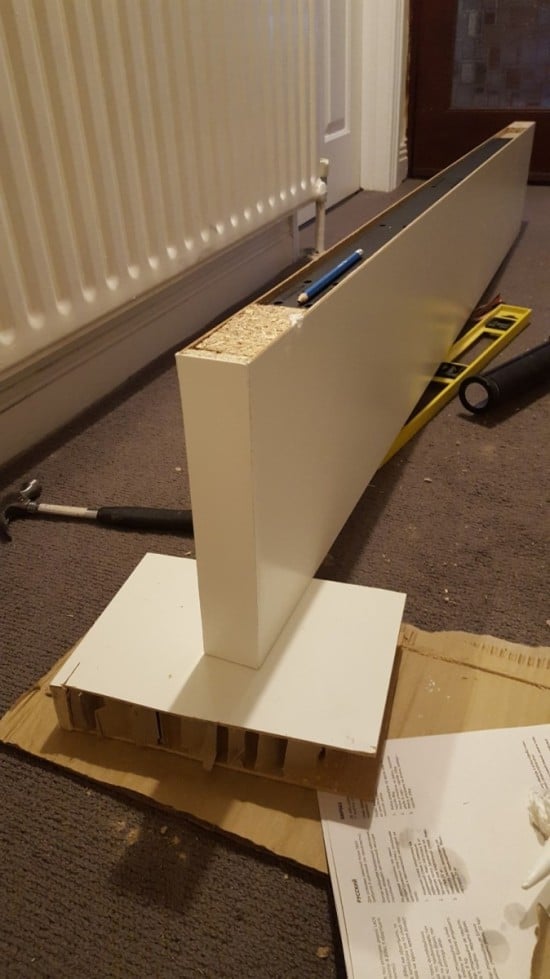