A few months ago, Particle.io gave me a bunch of sample photons for mentioning them in my DefCon 24 talk. I needed something to use them and that reading lamp that is not connected to my home automation is bugging me…

So, the Ikea TIVED is a simple Led on/off floor lamp… not anymore! Add a Particle Photon to it and you have a dimmable Led Internet of Things:

The hardest was  fitting everything in there!

First, you need the following: 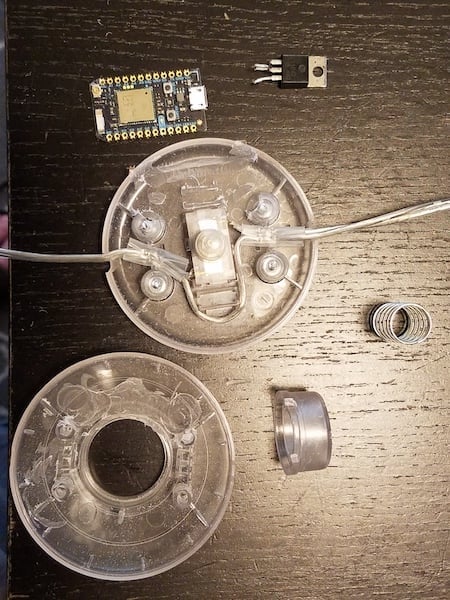 Top right: Generic transistor. I had a TIP-42 PNP laying around. DO NOT ATTEMPT to wire the Led through the Photon… you’ll fry it!

The case of the foot switch. How did I open it you ask?! Yes, those screws are in the way! 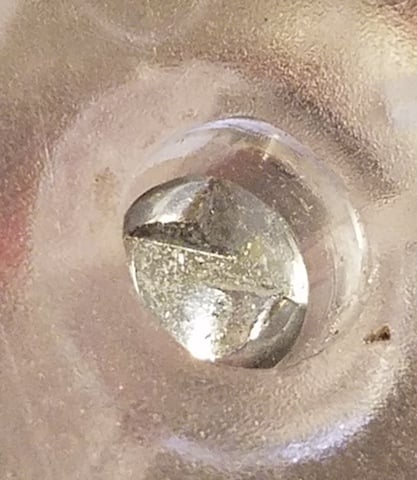 Critical mods to the plastic shell: 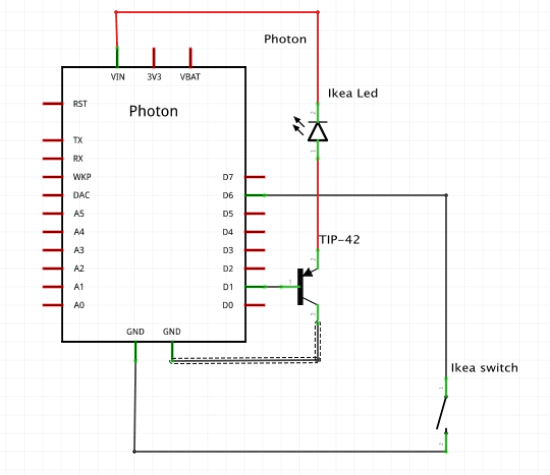 In other words, D1 is the controller of the transistor that powers the switch.

D6 reads the status of the foot switch to turn things on or off.

int SetDim(String command) {
/* Particle.functions always take a string as an argument and return an integer.
Since we can pass a string, it means that we can give the program commands on how the function should be used.
In this case, telling the function “on” will turn the LED on and telling it “off” will turn the LED off.
Then, the function returns a value to us to let us know what happened.
In this case, it will return 1 for the LEDs turning on, 0 for the LEDs turning off,
and -1 if we received a totally bogus command that didn’t do anything to the LEDs.
*/

Once you have it all wired, do test before going further… I had to try a couple times before I could fit everything and still have functional electronic! 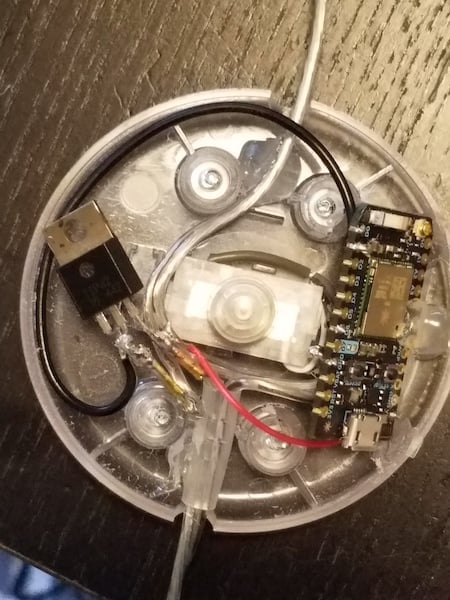 Now beyond being able to turn on & off your lamp with the foot switch, you can control that lamp from the web by posting to https://api.particle.io/v1/devices/[deviceID]/SetDim  with params=[DimValue]&access_token=[AccessToken] as the post data where DimValue is between 0 (off) & 100 (full on)