Hacking a Pax around a corner

So, me and my girlfriend bought a house which had a closet built into the wall of the bedroom. Because it wasn’t IKEA we (obviously) had to get rid of it and replace the built-in closet with nice and tall Pax-units.

There was only one tiny problem: the recess of the old build-in closet could easily fit four Pax-units, but for a fifth one to fit, it had to be narrower and go around a corner in order for the door to remain the same width as the rest of the units: 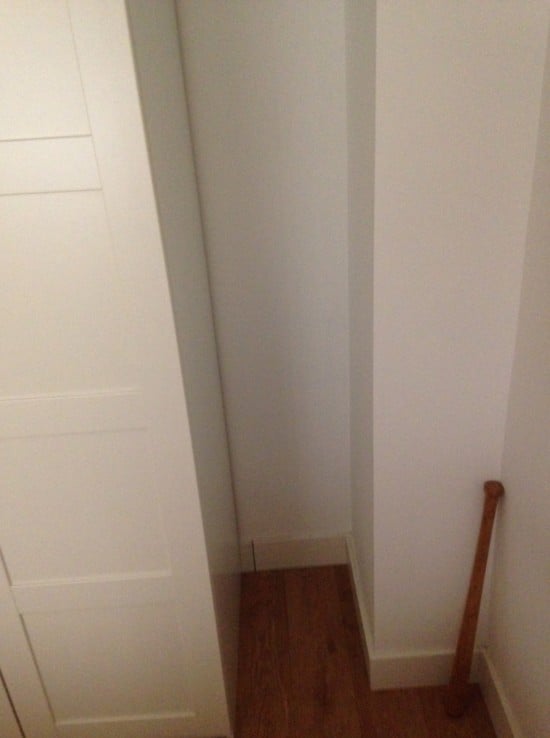 The only solution I could think of was to ‘improve’ one of the Pax-units and cut out a corner, both in all the shelves as in the right side and the back. So – as we say in the Netherlands: “Meten is weten” (to measure, is to know) – I took some measurements and a plan came together: 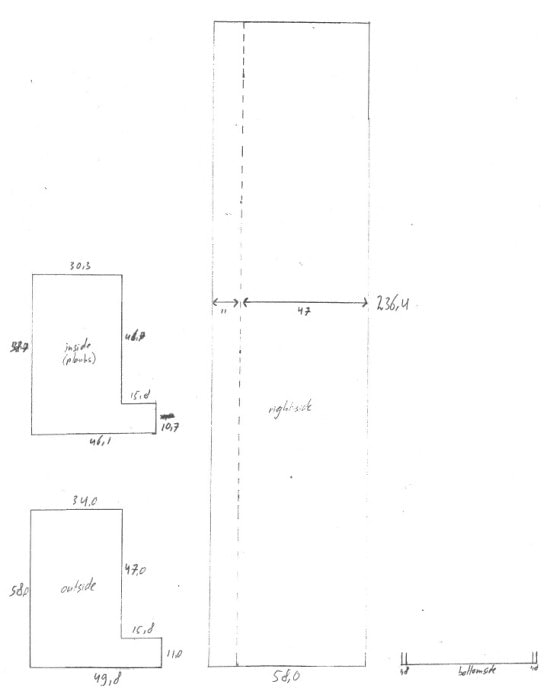 Then came the easy part: cutting all the involved parts of the Pax-unit to size: 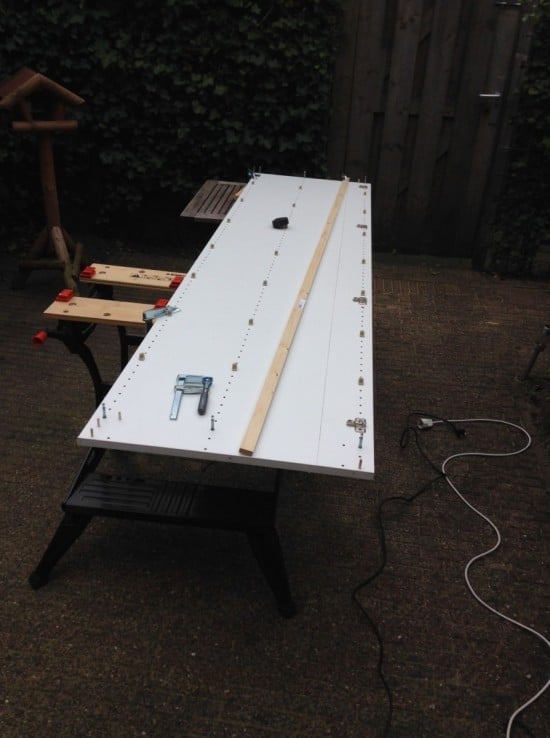 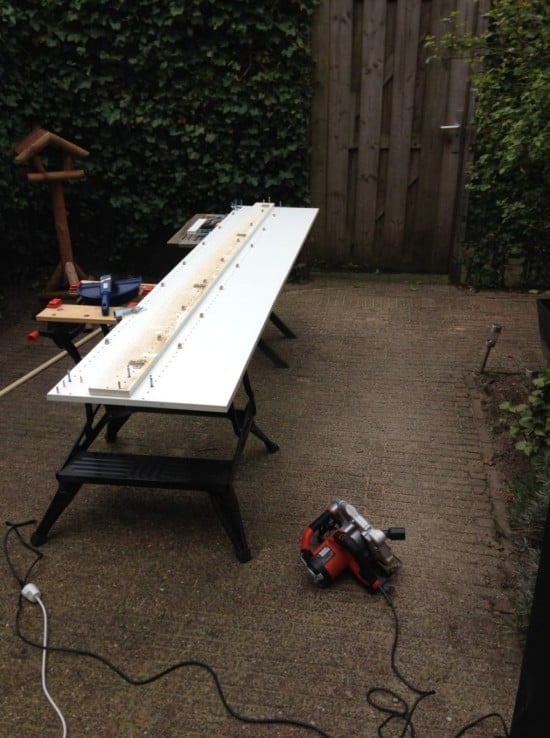 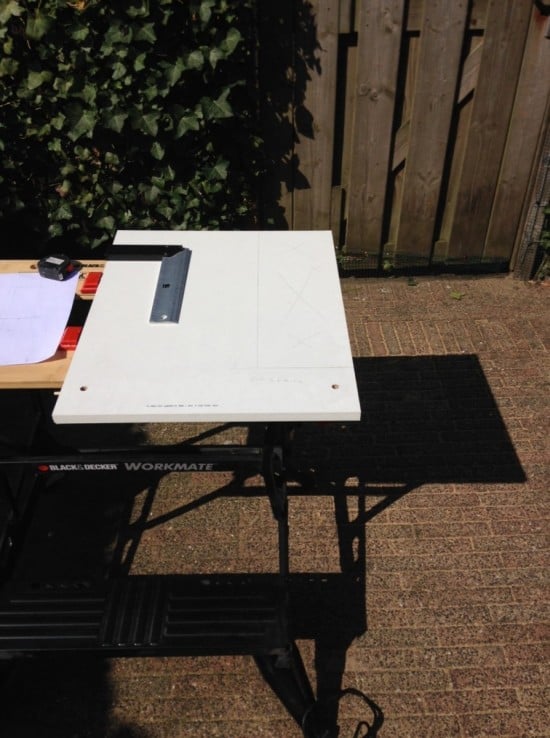 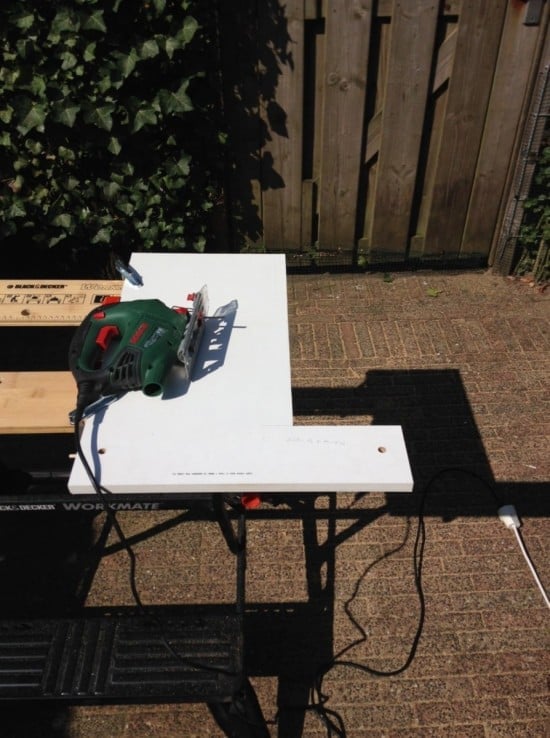 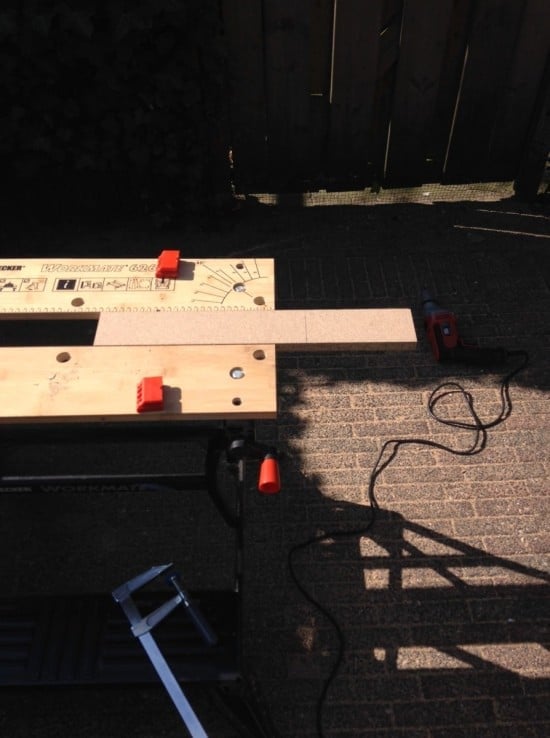 My plan was to use only IKEA parts and not simply nail or screw the parts together, so I had to recreate all the clever cut-outs, holes and special bolts that IKEA uses (you know, the small round nuts that you tighten with a screwdriver). Furthermore, as the smallest of the two parts of the right side of the Pax would have to support the door, I had to create a few new ones to give it more strength. Fortunately, IKEA provides free spare parts nowadays, so I drove to my local IKEA to get some extra nuts and bolts.

Handy tip: you can use the old parts as a mold or template: 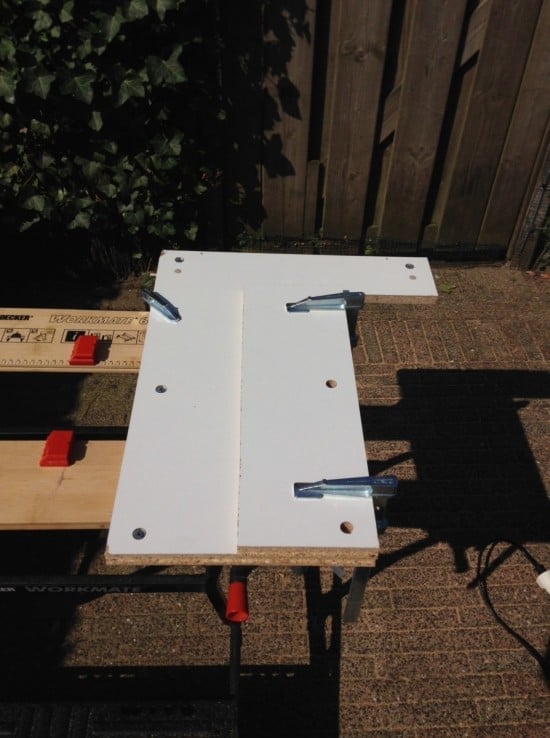 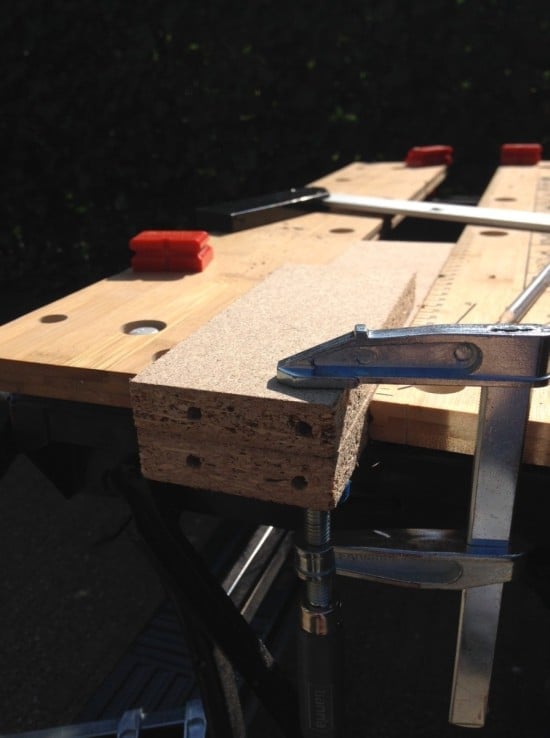 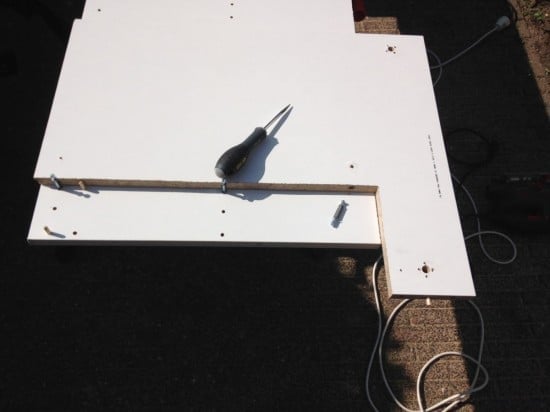 After I got the spares came the hard part: drilling (a lot of) new holes and creating a few new points to attach the parts to each other: 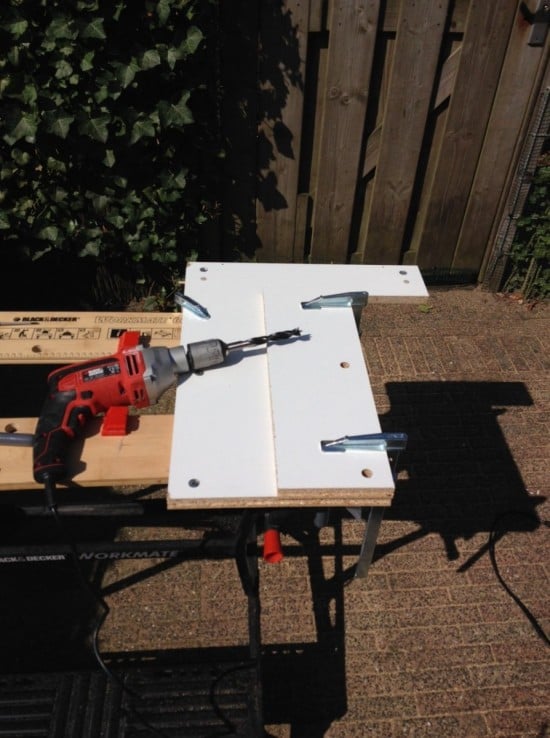 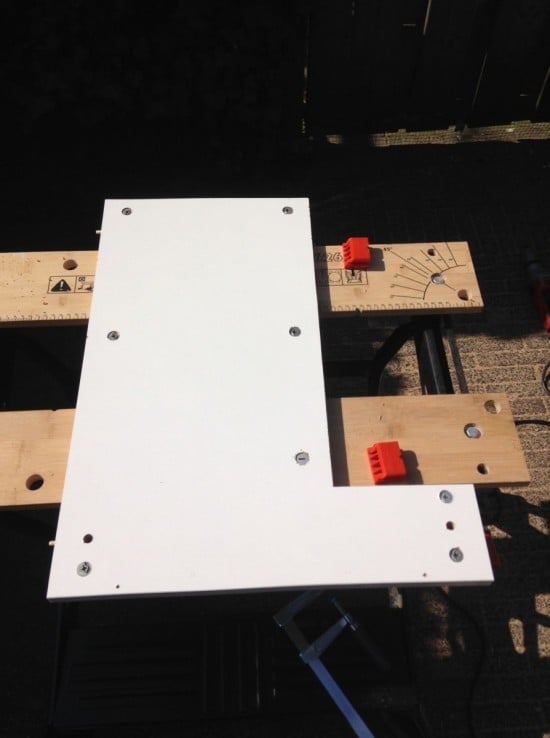 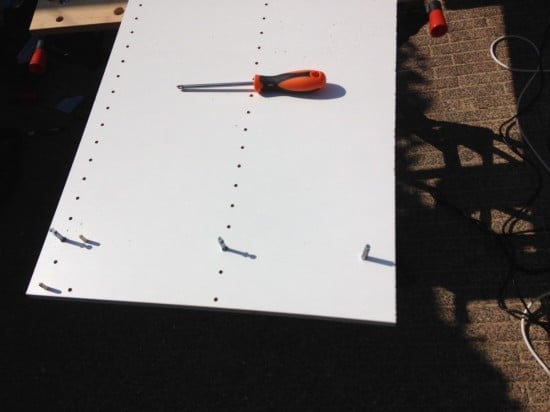 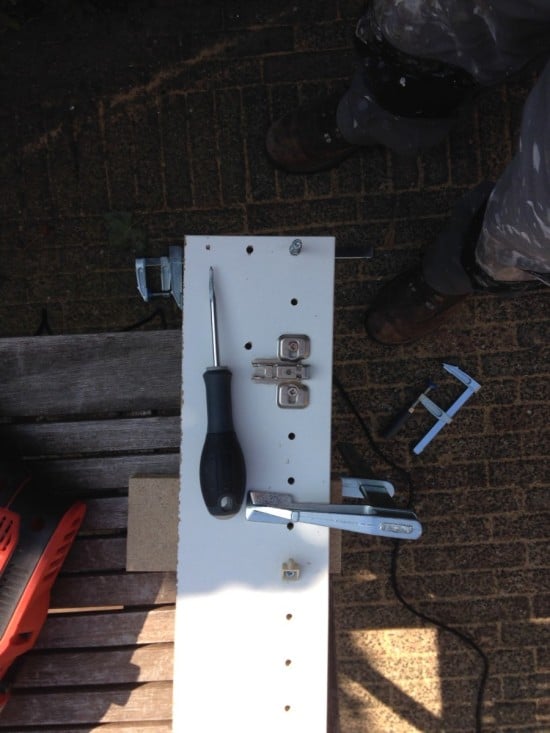 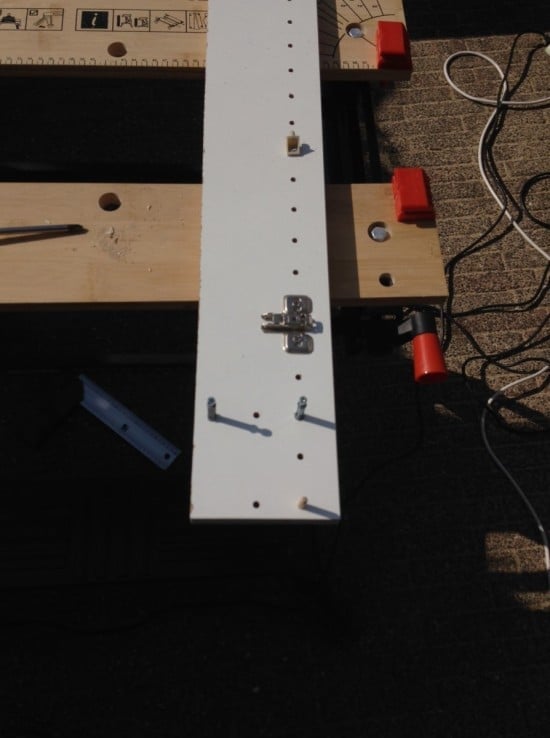 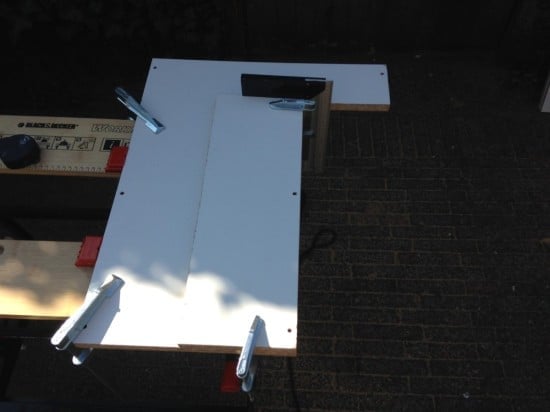 As it turned out, the modified parts fitted together quite nicely (and looked kinda funny): 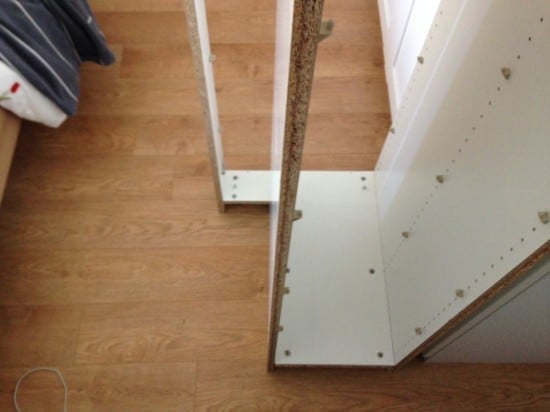 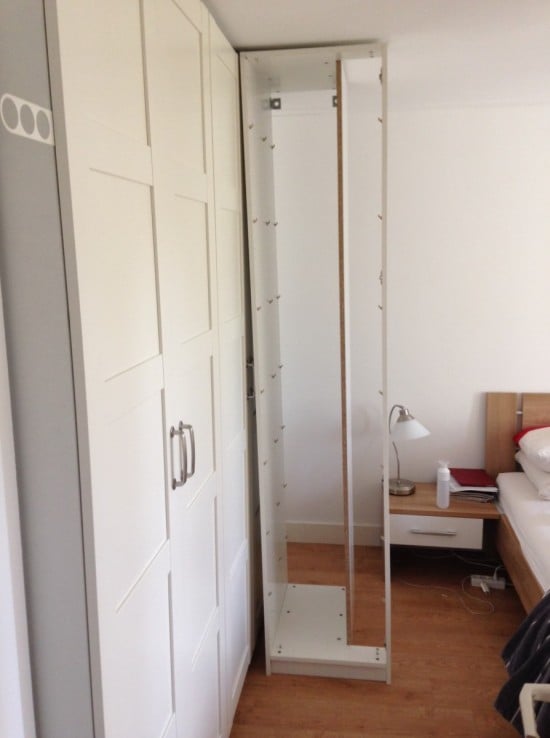 With all the shelves fitted, I was confident it was strong enough and put it into place: 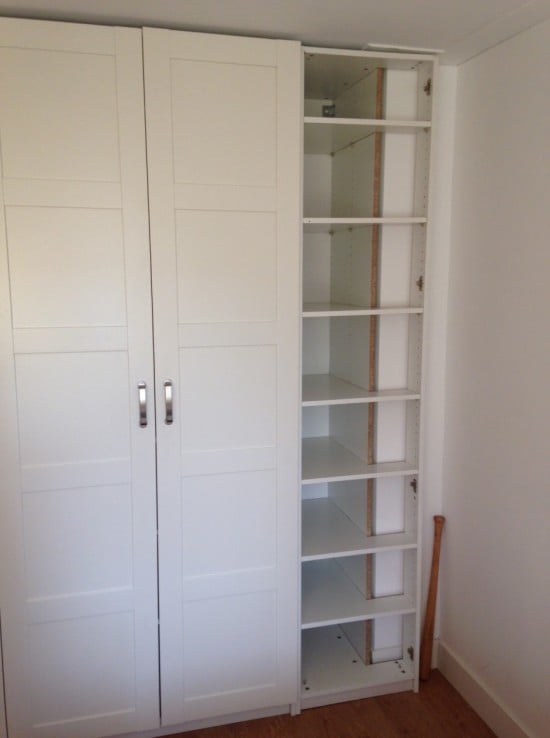 With the door re-attached you wouldn’t know that there’s only 75% of a Pax-Unit behind the door until you open the door: 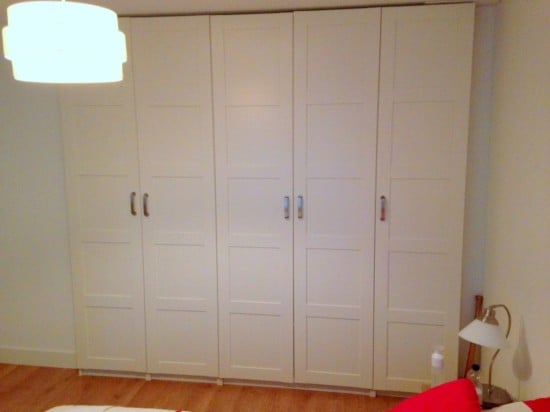 Overall a very rewarding project. Up to the next!