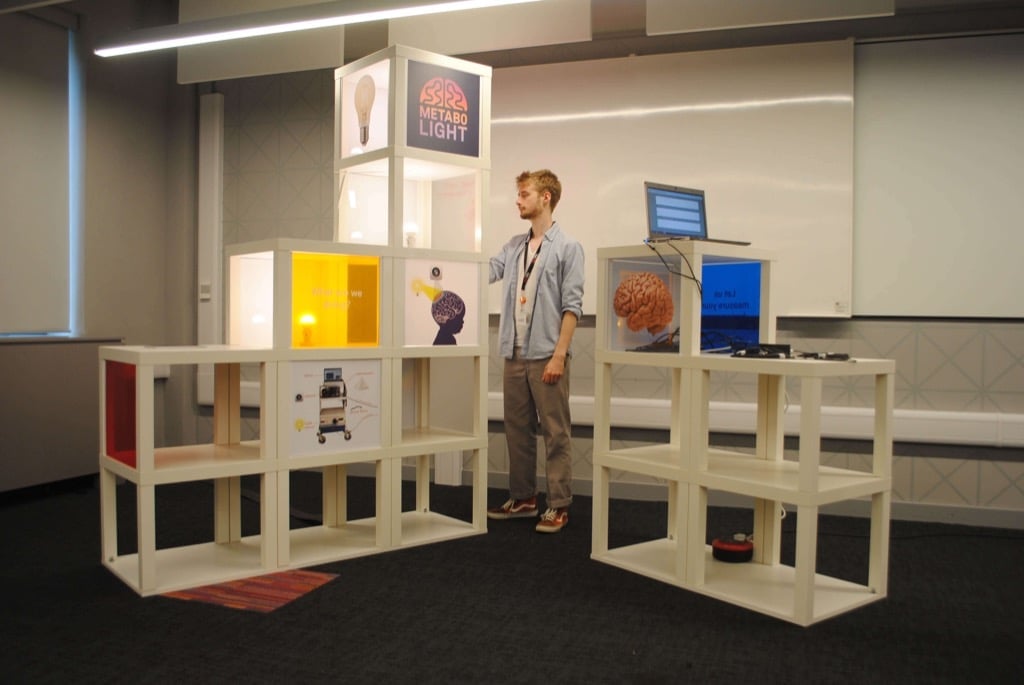 We were commissioned to make a travelling, portable exhibition as part of a project for University College London Engineering. While looking for possible solutions we happened upon the Lack table, the perfect white box for only £5! We bought a few and played around with them, stacking them up and filling the openings with images and information.

After a few tests we found a way to build them into simple towers with perspex panels filling the apertures between the legs, while still being able to disassemble and flat pack them with relative ease. The stand is made up of 5 different towers of Lack tables fixed to two base board for stability. 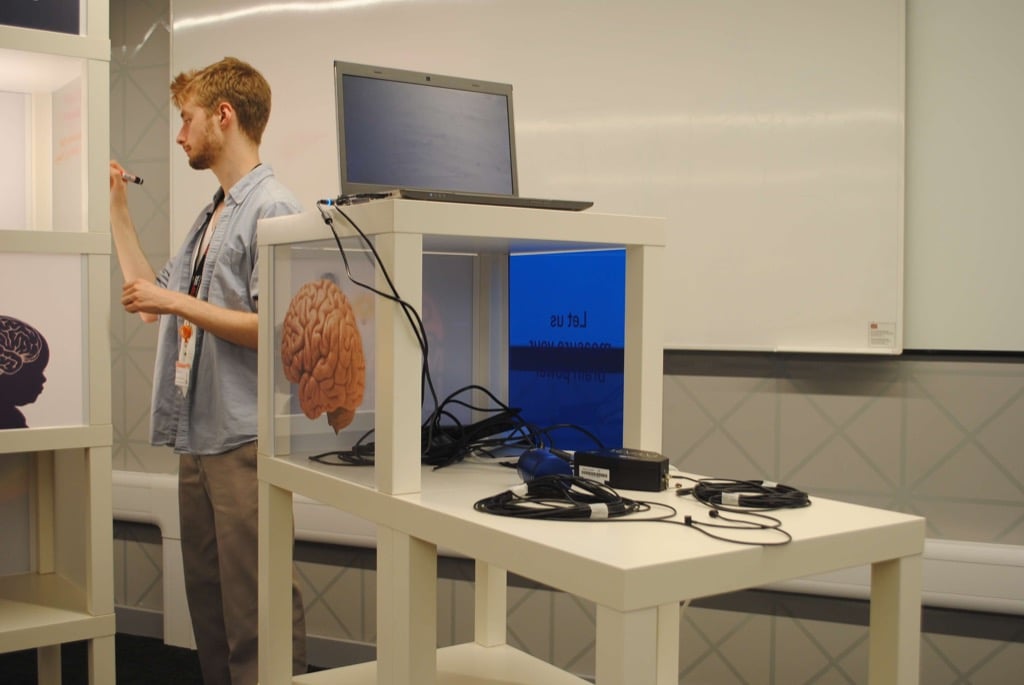 The towers are built from the top down with the top most table being a basic Lack table. The second table top is then screwed into the bottom of the legs before having its own legs attached with the standard IKEA double sided screws. The process is then repeated until the desired height is reached. Simple!

Slide binders are affixed to the inside of the legs with double sided tape to hold perspex panels. The panels can then be slid in easily. The panels for each table need to be added as the towers are built to ensure they were held tightly.

Holes were drilled into some of the table tops so that light bulbs could be threaded through and illuminate the perspex panels from behind. 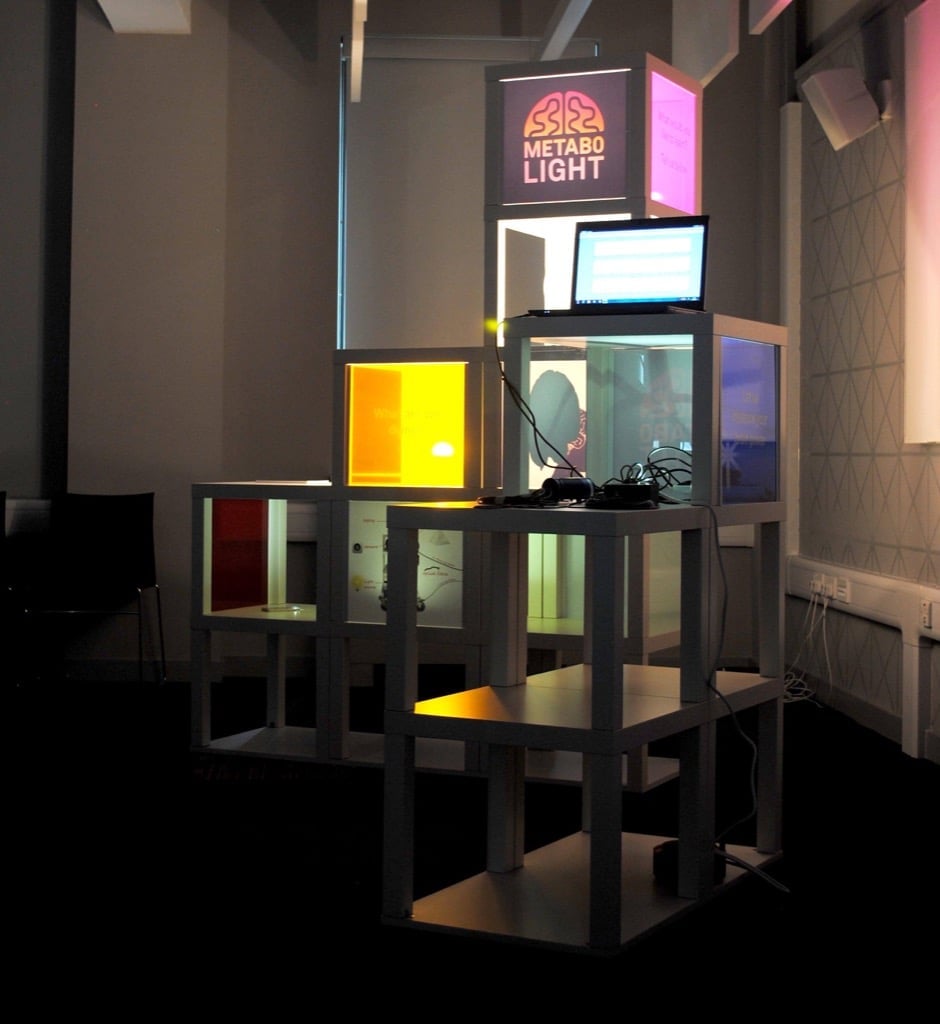 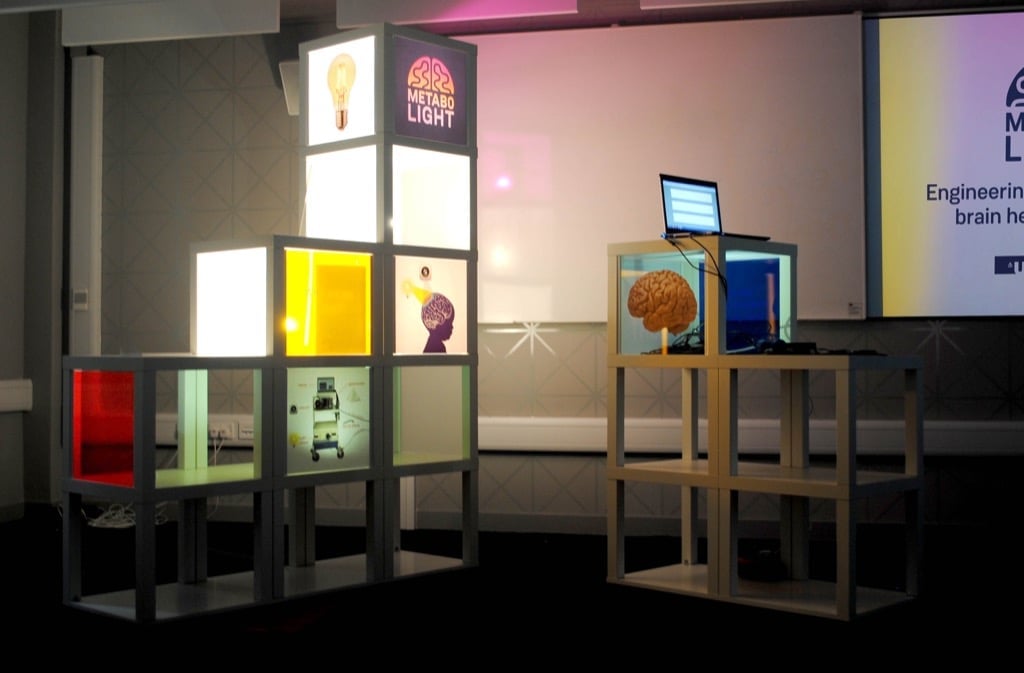 Once the separate towers are assembled, they are arranged on the base boards and L-brackets are used to fix them in place. A few fixing plates are also used to tie the towers together and give them a bit of extra rigidity.

Then it’s all done! The perfect platform for information panels and interactive displays.

More ways to use the LACK as a display stand

The “Lack Freischwinger” is a compact, easy to build table suitable for exhibitions or displaying of artifacts. Read more.