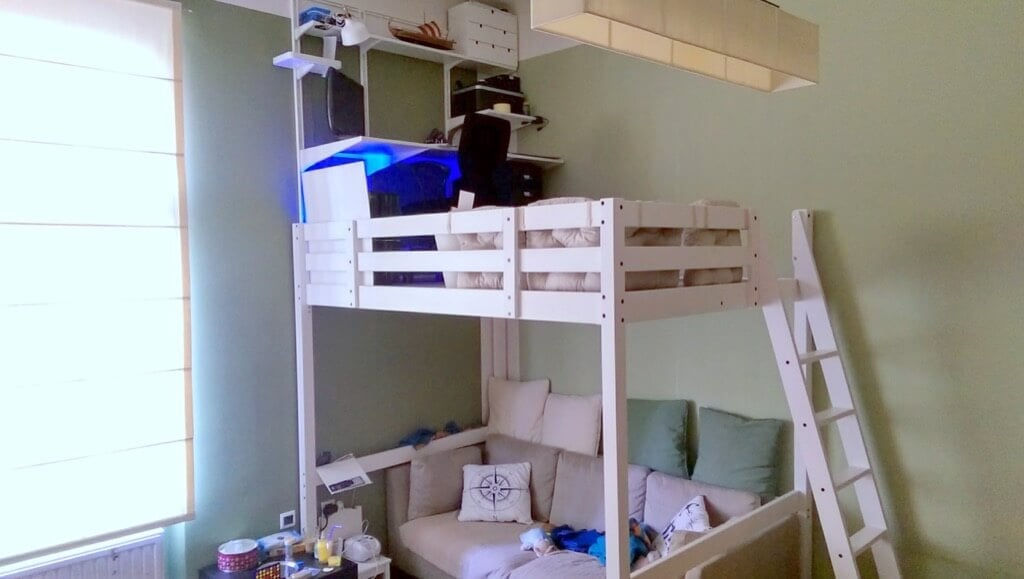 Living in apartment with high ceiling gave me the thought to exploit height as useful space. Being a civil engineer gave me the idea to build it in wood. When I spotted the STORÅ loft bed my eyes were opened. The wood profiles were similar to those in my calculations, and I used load for library from EN standards.

All that resulted in what is pictured below. Modifications to original are:

The ladder is moved to the short side of the bed.

I raised the horizontal planks between the legs by a plank’s width. The reason for raising the plank is to get standing height under the loft, and that the Stockholm sofa could slide into place from the side.

Above the original slatted bed base, planks were fixed in opposite direction (instead of mattress :)). Even the rug is from IKEA, but I can’t remember which. 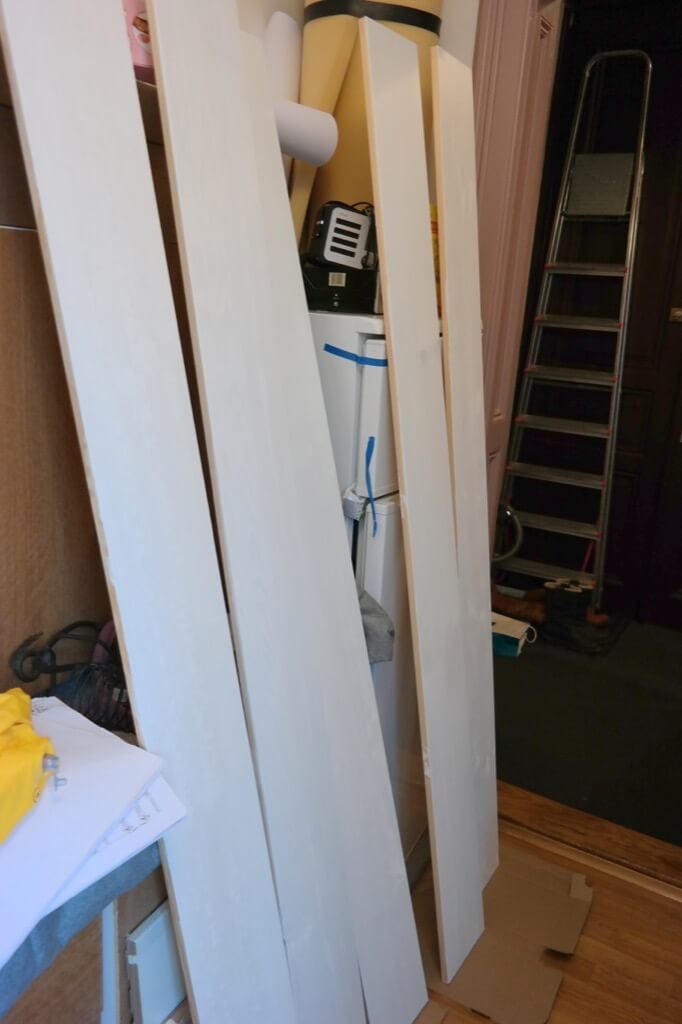 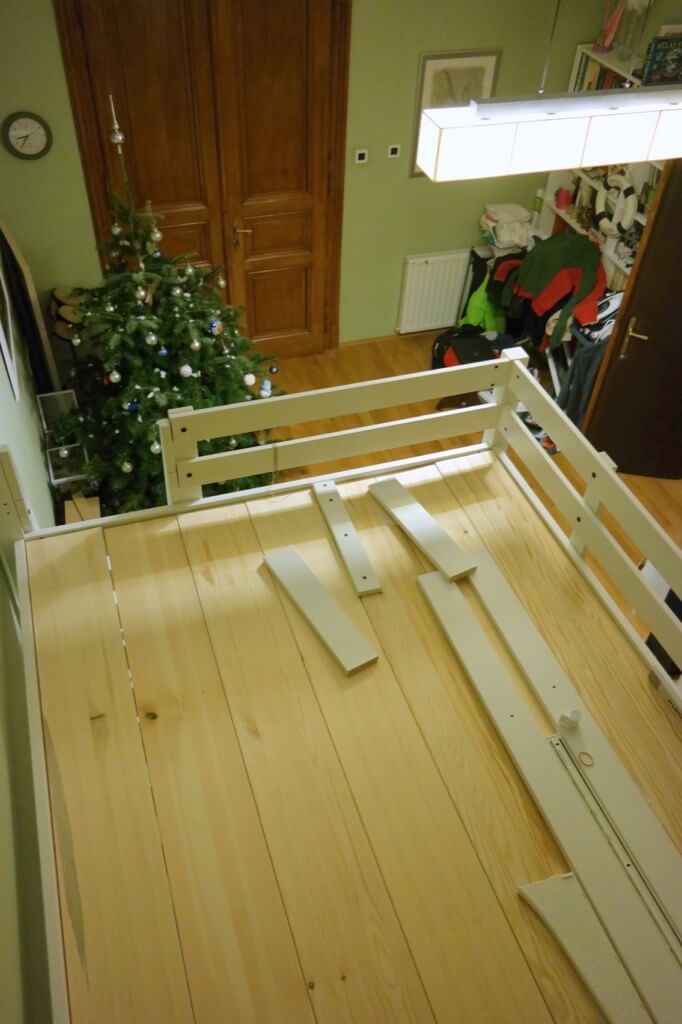 ALGOT is fixed onto the wall for shelving and desk purposes. HELMER drawer unit for office accessories. 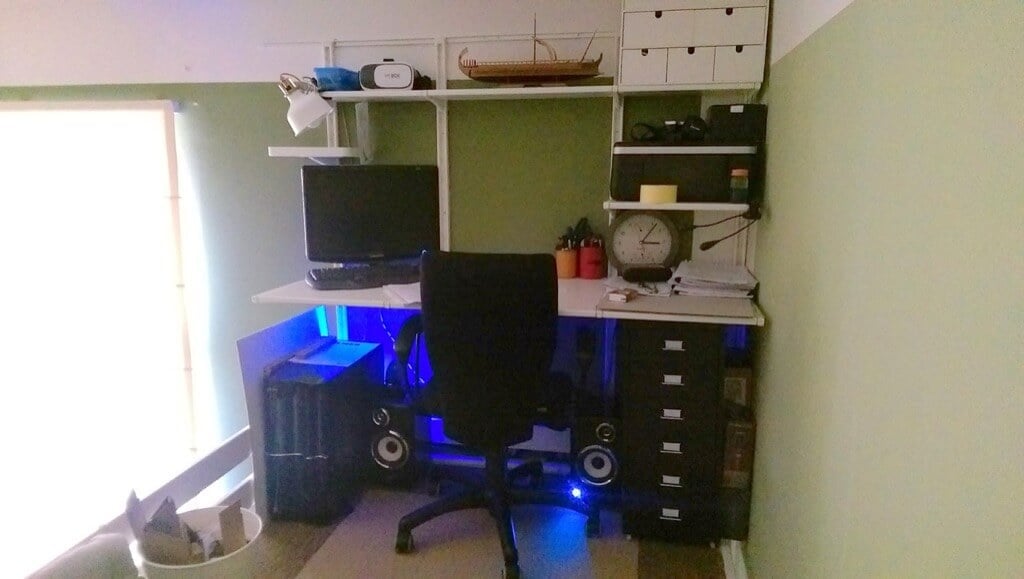 In phase two, shelves were planned behind the Stockholm three seater as a stand for books and a retro FM radio, a pair of rear speakers and beverages/snacks storage. I may add some USB outlets for device charging. 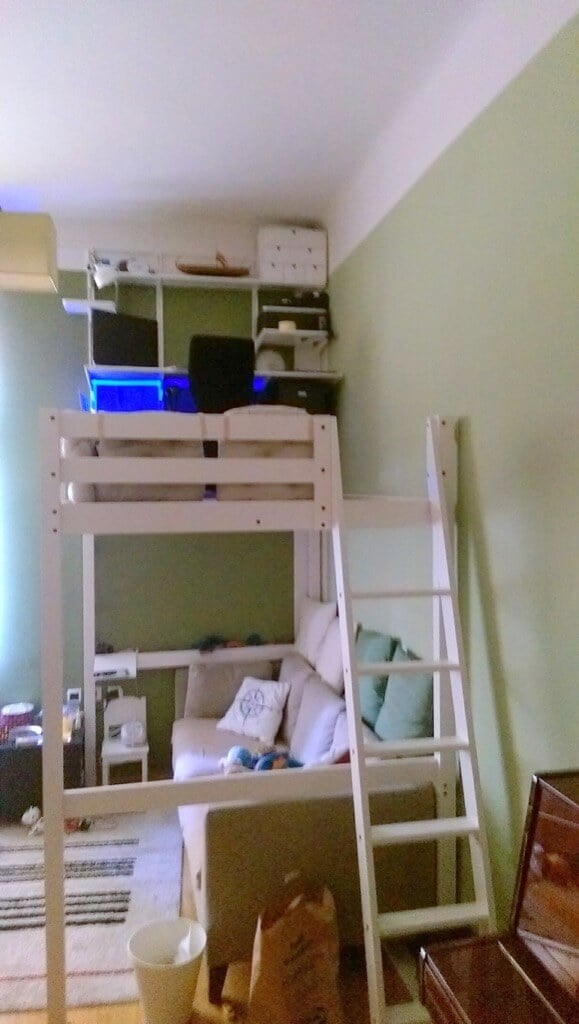 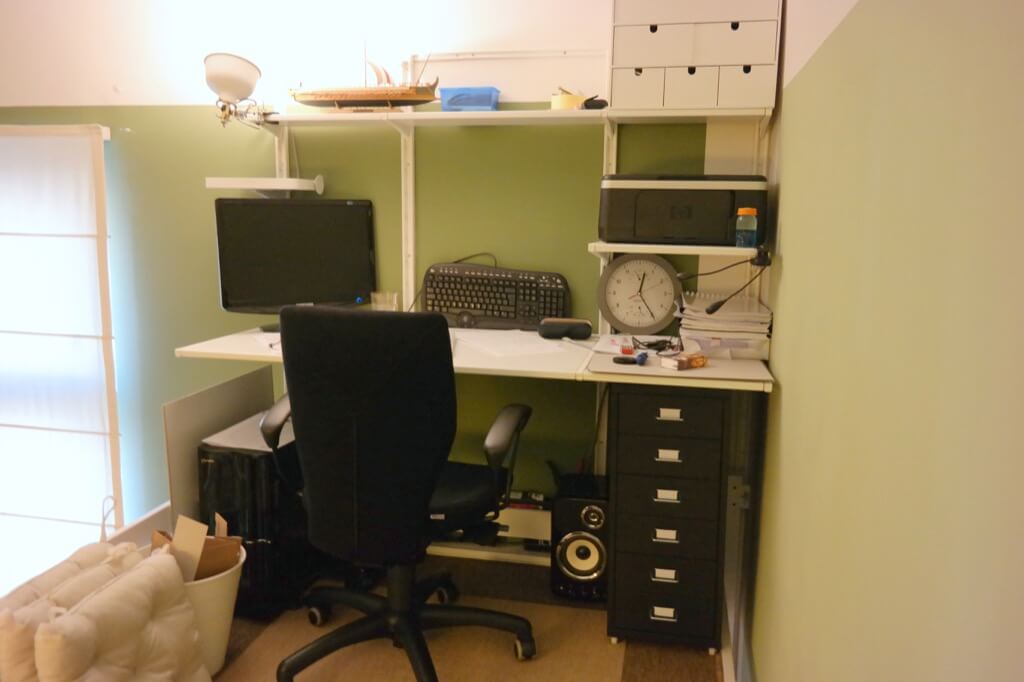 Complete STORÅ loft is fixed to wall with L profiled fixtures (Bauhaus), three by each leg (pier). This can be done instead of bracing, and one can get even better result. Only leg not beside the wall is fixed to the floor with double sided adhesive tape. 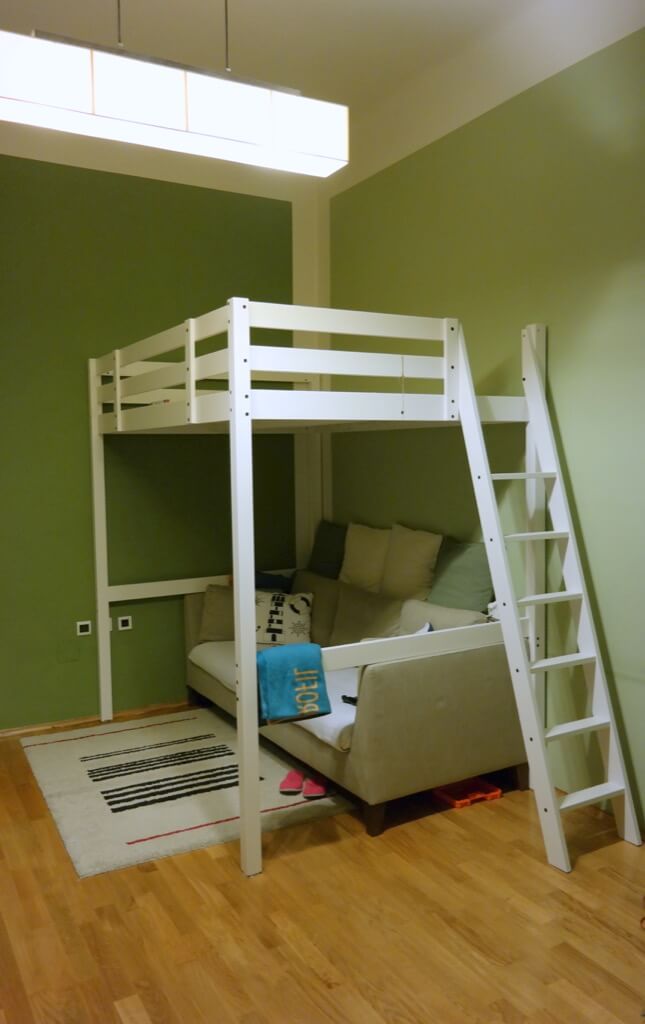