Our bedroom is not that big, so the BRIMNES that we had in there was not that useful. We couldn’t access the side shelves and it was a bit deep. We still needed the shelf but didn’t want to spend to much money on something new. I had two left over picture ledges that I could use as a bed shelf, but it would be nice to have a head board. So, in comes my first IKEA hack. 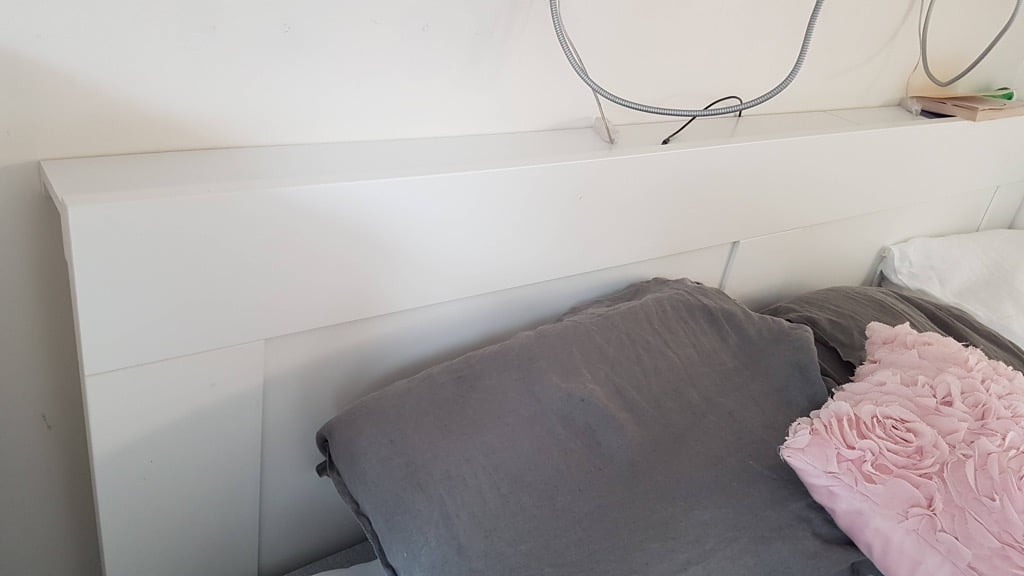 I removed everything except the front of the BRIMNES and then I measured and sawed off the MOSSLANDA so both of them were the same width as the BRIMNES. I then screwed them on to the BRIMNES, up side down almost all the way to the top. I liked the little edge so things like frames don’t fall off so easy.

I attached the left over piece of the picture ledge, right way up, a bit further down on the MOSSLANDA so that it stays straight when the bed is pushed in. It doubles as a shelf for the power plugs.

I don’t really have a good photo of this one, didn’t think about taking photos during the build…

One problem with this hack, it is now too narrow for my NORDMÄRKE wireless charger. Besides, I don’t like that I sometimes miss the center with the phone leaving my phone uncharged. So, I had to do another IKEA hack.

I decided that I wanted a vertical holder for the NORDMÄRKE wireless charger. We had a DRAGAN soap dish that we didn’t need. Bamboo is very easy to cut and it was sort of the right size. 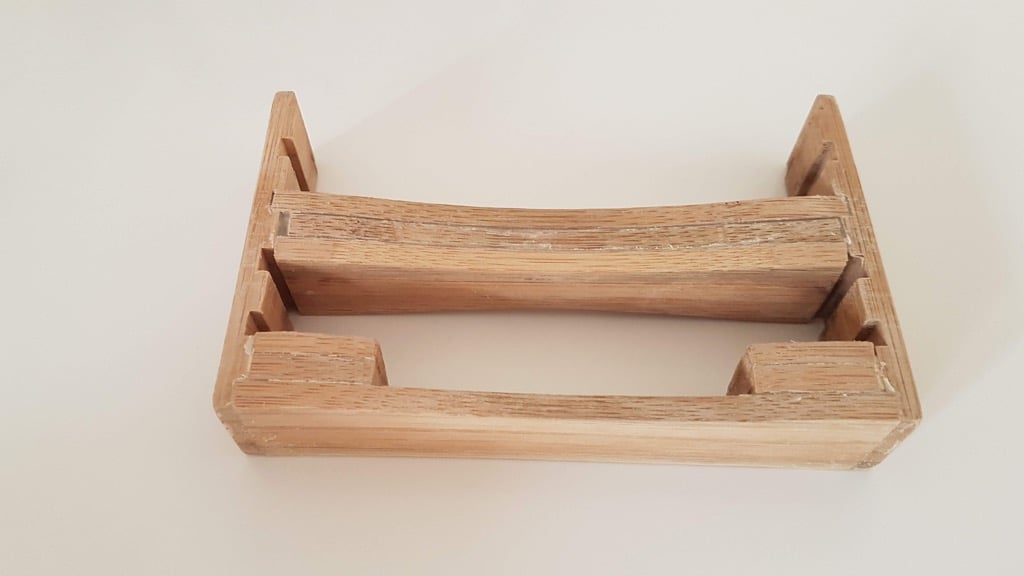 I cut one of the bars so that the whole construction got a bit loose (it helped that it was used for a while). Now I could disassemble it and cut pieces so it fitted my phone (width and depth) as well as the chargers depth. I needed to sand down the depth of some pieces and used a bit more glue between some other pieces to get the right fit. 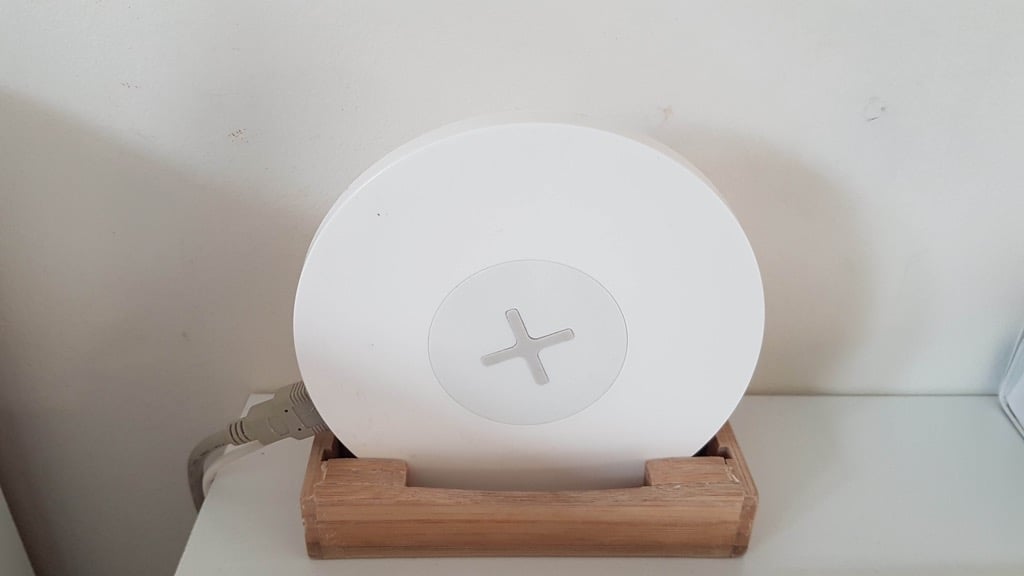 Once everything was glued and dried I sanded it down a bit and filled the gaps with some more glue.

I don’t have a picture of the phone being charged, it’s hard to take a photo of the phone that has my only camera! 🙂