Okay, once you’ve read my easy kitchen door storage hack you’ll realise all I’ve actually done is cut 25mm off each side of a bar.

I am and always have been an avid reader of the IKEAhackers. I’ve copied a few over the years but this time I’ve had a go at my own! Here goes.

The problem was simple — utilise as much space as possible in the cupboard under the sink.

Make things we use a lot (dishwasher and washing tablets) more accessible.

If you look round there are loads of articles on how to make efficient use of cupboards.

But I always liked ones that were attached to the door and utilised the space above the things in the cupboard.

I had originally planned to use something like a suction cup shower caddy to go on the back of the door. But, after heading round IKEA last week I found the perfect things!! 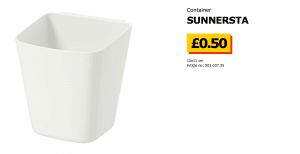 Now the SUNNERSTA range has been out a while.

And I may have walked past these items 10s of times (or they might be new) but they were exactly what I was looking for.

More importantly they were cheap, £3.50 cheap to be exact! Double win.

This is how I made my easy kitchen door storage

The cupboard door I wanted to use them on was 600mm wide, but the actual cupboard frame was less than that as the door closes onto the housing. I’m guessing that this common as most kitchen doors are 600mm and they cover the whole frame. 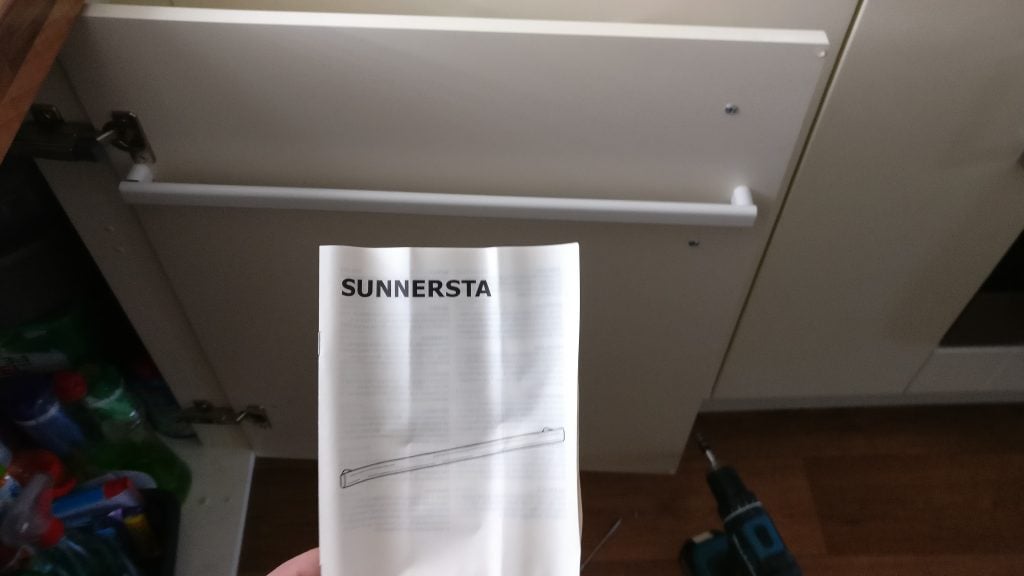 To solve this problem, I removed the plastic end caps. (If you’re going to do this then be warned they were on really tight.) And then, I cut the rail very close to the perpendicular fixings that are used to mount the rail.

I did this on a drop saw but the metal is pretty thin and a hacksaw should do the trick. This then meant that the bar was cut to 555mm and this fit perfectly (5mm either side) into the frame for the door.

Then I pretty much assembled it according to IKEA assembly instructions. 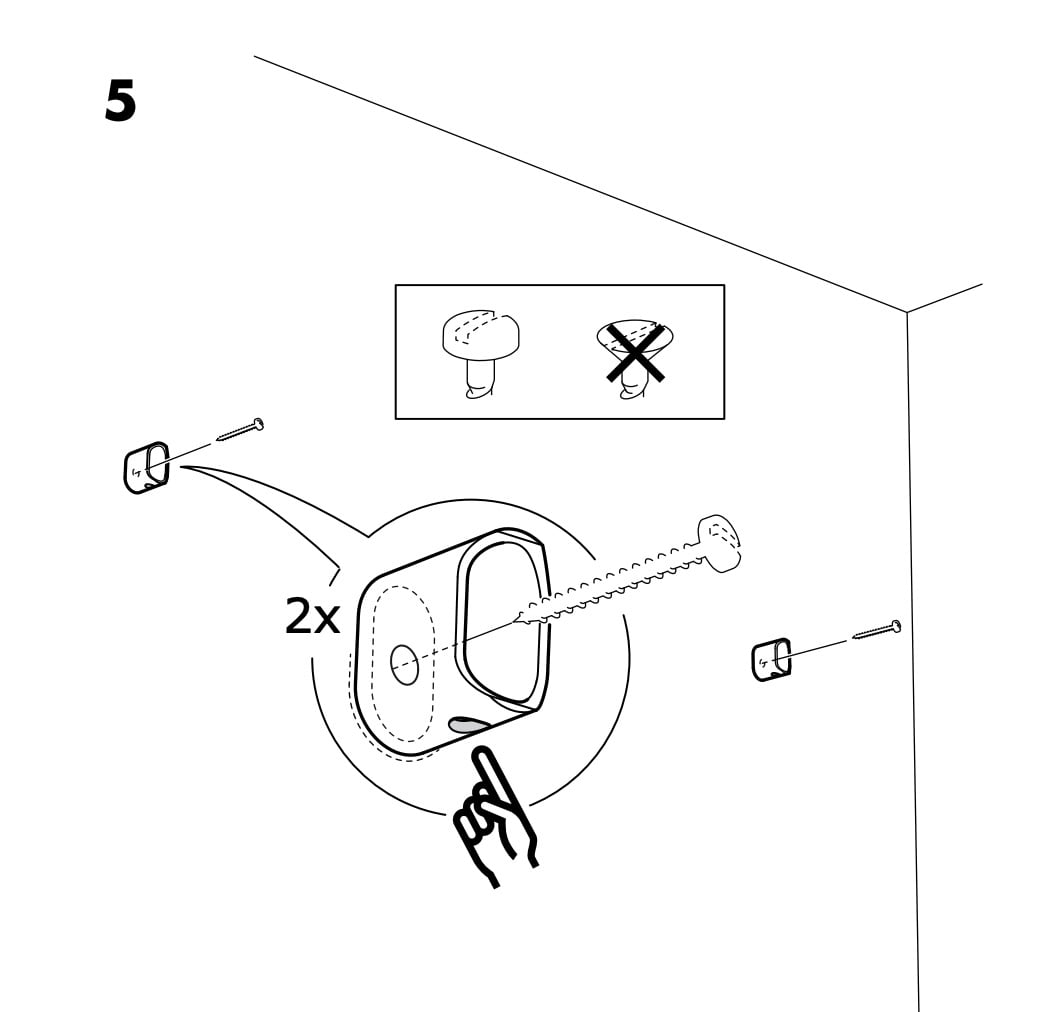 Here are some pictures of the finished kitchen door storage: 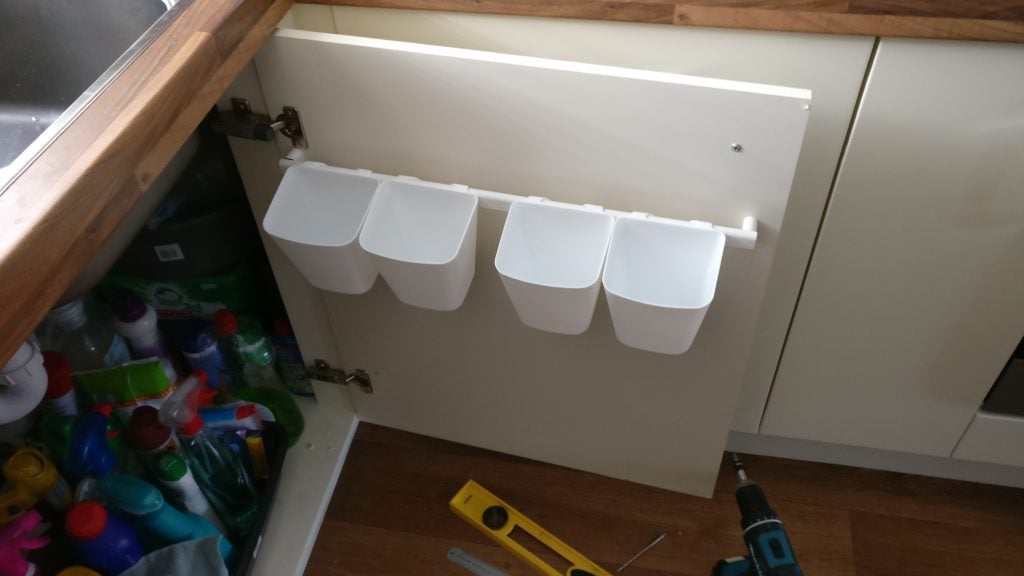 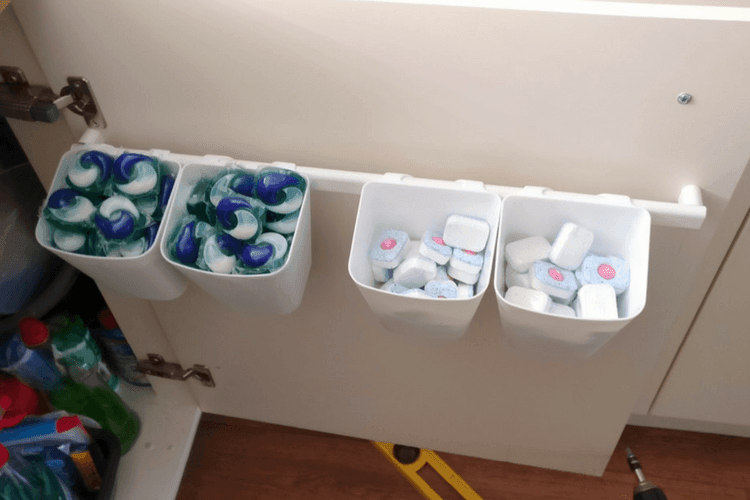 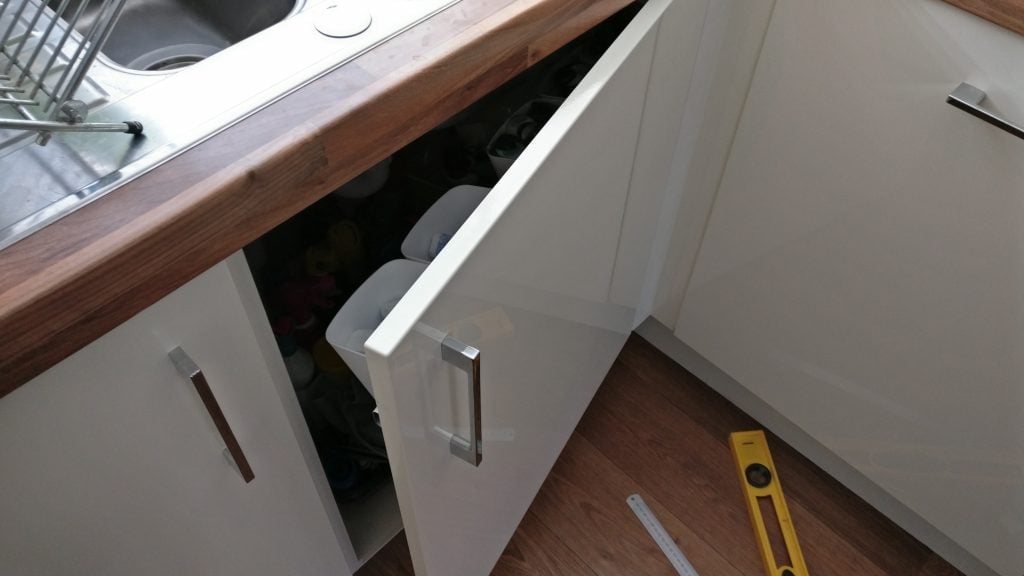