Sunday evening, a friend texted me with the news — the founder of IKEA and Ikano, and one of the greatest entrepreneurs of the 20th century, Ingvar Kamprad, has passed away.

He passed away at his home in Småland, Sweden, on the 27th of January. Surrounded by his loved ones, he died at the age of 91, following a short illness, confirmed a statement by IKEA.

I was washed with a wave of sadness. Not that I ever met Ingvar Kamprad, but in a round about manner, IKEA has affected and influenced my life so much. No IKEA, no IKEAhackers. For. Sure.

I believe he lived a long and fulfilling life. He died at 91, surrounded by loved ones … that would be how I would want to go too, if it was up to me. So instead of feeling down, I started reflecting on the things Ingvar Kamprad has taught me. There are many but these are five I would like to share with you.

#1 Don’t let your shortcomings limit you

It’s a well-known fact that Mr Kamprad was dyslexic, which made it hard for him to handle numbers. Instead of letting this define him, he found a way around it and called his furniture pieces by name instead of numbers. I’m quite sure, it never crossed his mind that non-Swedish speaking people would find that charming. But we do, don’t we? Strange, hard to pronounce names adds to its quirkiness. What could have been a limitation, became a brand personality.

It means, you’re unique that way.

#2 Work while you can, as long as you can

Mr Kamprad started his business at the ripe old age of 17. Initially, it was a mail-order business selling household goods and he called it IKEA. The name was derived from his initials and those of his farm, Elmtaryd, and village, Agunnaryd. For the next 7 decades he worked on his business, finally stepping down in 1988. In The Testament of a Furniture Dealer, he wrote, “The feeling of having finished something is an effective sleeping pill. A person who retires feeling that he has done his bit will quickly wither away.”

In short, never stop working on what you love. And with those you love.

#3 Wealth is not a reason for waste

Despite his net worth, reportedly a staggering $58.7 billion and checking in as the world’s eighth-richest person, he was devoted to frugality. It was said he drove an old Volvo and travelled by economy class. It was “in the nature of Småland to be thrifty”, he said in a 2016 interview with Swedish television channel TV4.

In my books, living simple and not amassing unnecessary things is a good way to live.

#4 Happiness is progress, not arrival

“Happiness is being on the way. It is our wonderful fate to be just at the beginning. In all areas. We will move ahead only by constantly asking ourselves how what we are doing today can be done better tomorrow. The positive joy of discovery must be our inspiration in the future too,” he wrote.

To stay fully alive, we need to be on the move, journeying in our purpose. Stay curious and grow as a person.

#5 No matter how high you go, stay close to the ground

In an Forbes interview in 2000 he said, “I see my task as serving the majority of people. The question is, how do you find out what they want, how best to serve them? My answer is to stay close to ordinary people, because at heart I am one of them.”

And that is why IKEA has found its way into every home. 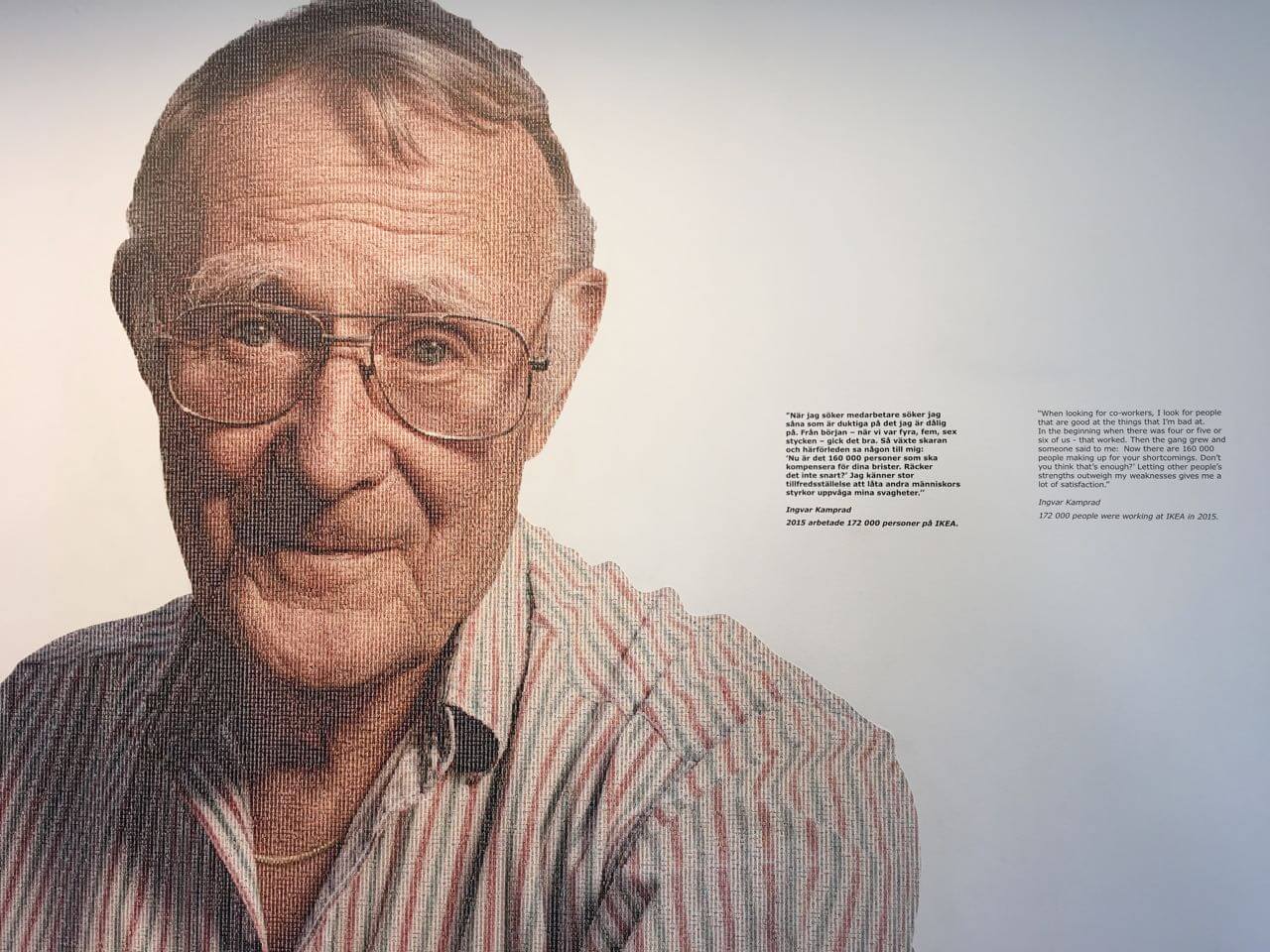 “Today we allow ourselves the sorrow of our loss. Tomorrow we will continue the never ending journey to make things better in the service of the many people. We will always be on the way.” (Source)

Thank you, Mr. Kamprad, for shining your light my way. Goodbye and goodnight.