My wife and I were looking for a corner shower caddy. And we weren’t sold on the ones that use a tension pole or suctions cups. Not only that, we didn’t want to hang it over the faucet either.

Finally, we found the IKEA GRUNDTAL but this thing is designed to be screwed into the wall as you can appreciate in the following pic: 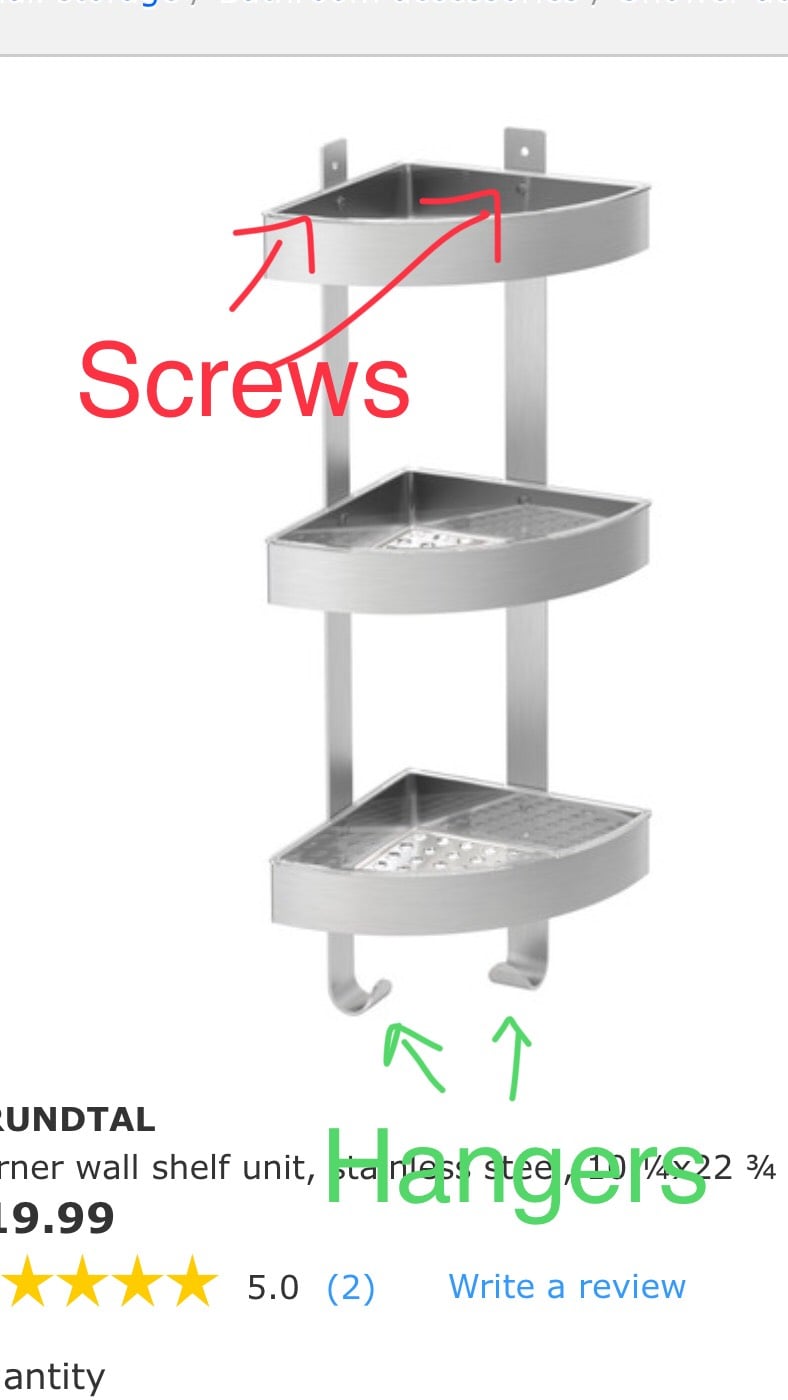 I thought if I inverted the supports I could use the hangers to hang the caddy over the shower screen instead of screwing it into the walls. I wanted to hang it as my shower walls are made of tile and glass. Attaching it to the walls would be a lot harder. 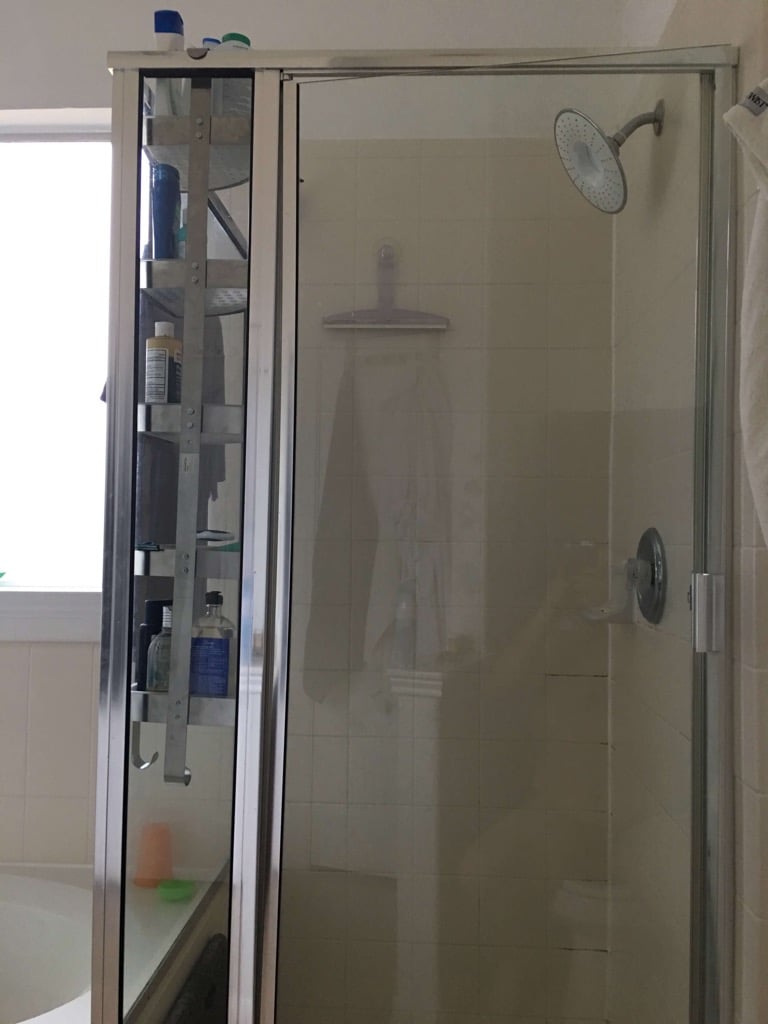 Related: Turn the GRUNDTAL shelf to a shower shelf

Now, the original screws won’t work if you invert the supports because they’re too short. So I just found some old screws that were thick and long enough and used them.

That was four years ago. The inverted GRUNDTAL shower caddy worked until one of the plastic baskets broke and we were again looking for a corner shower caddy.

Even four years later, the GRUNDTAL is still the only one that would work for us. So we bought another one. When I came home, I saw I had 2 of them and it occurred to me I could just join the old one with the new one. That would leave me with an extra long corner shower caddy with 5 levels instead of 3.

How to make an extra long GRUNDTAL corner shower caddy

All you need is a Phillips screw driver and a wrench to tighten the bolts. (I actually used a Swiss army knife because my screwdriver was too long and wasn’t comfortable to use.) 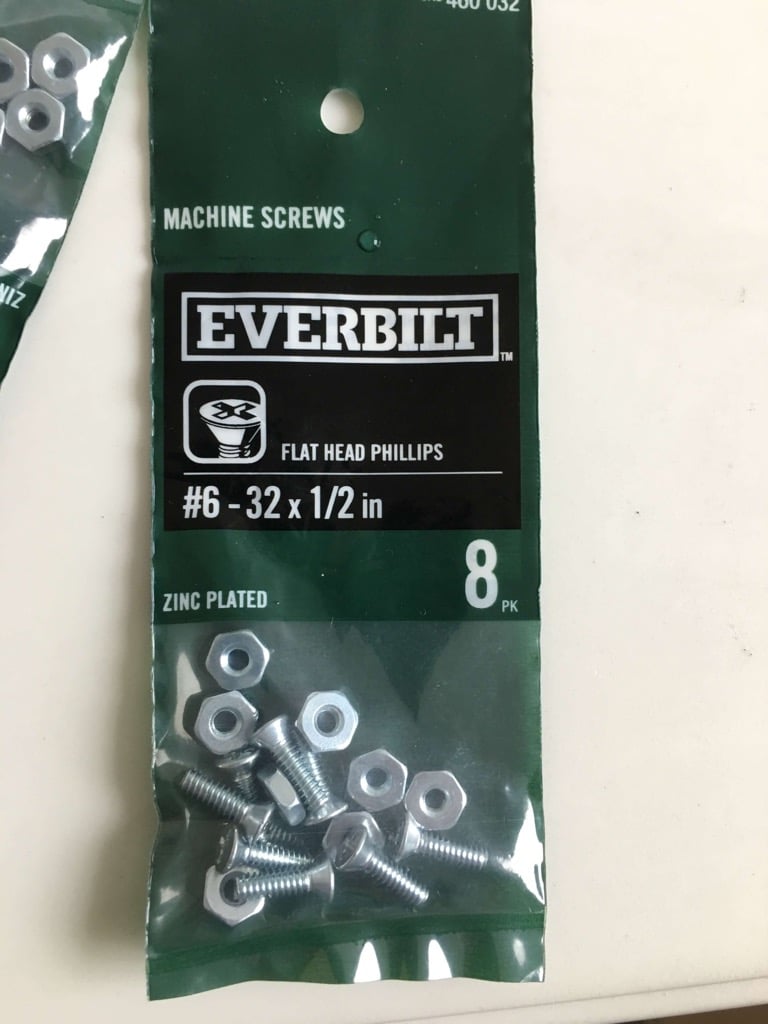 All you have to do is invert one of the supports. Then, join it at the last two screw holes with the first two on the other support like this: 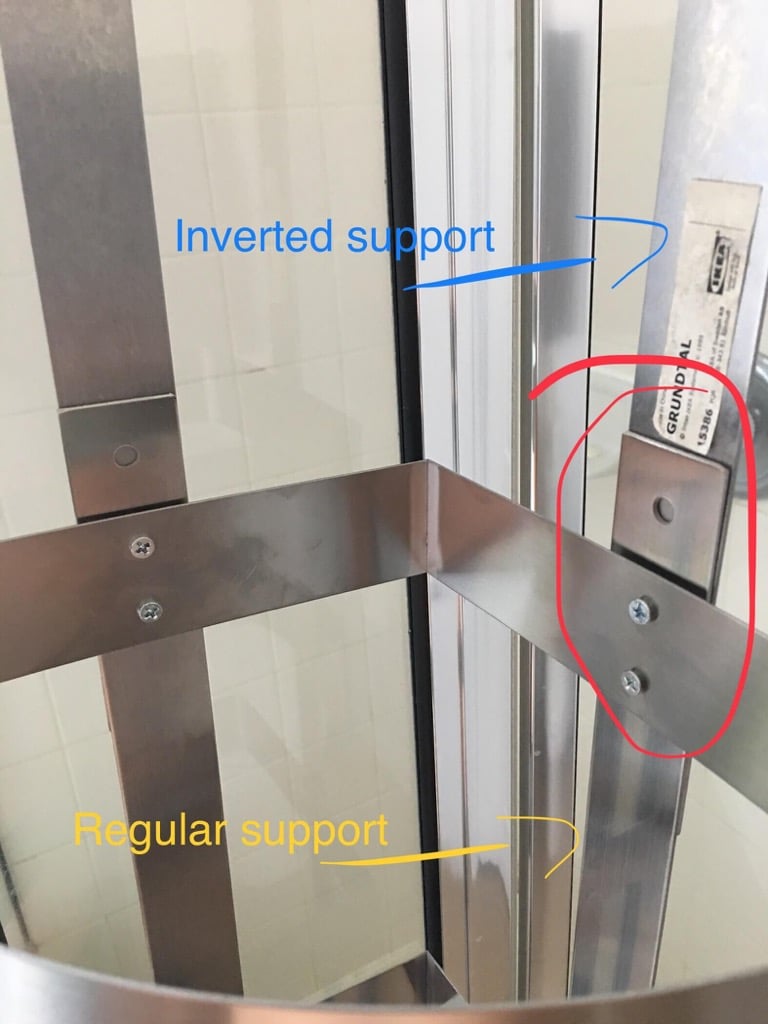 Assemble the rest of the shelves as per the original instructions. But instead of using the original screws, use the ones you bought and the bolts to ensure a strong union: 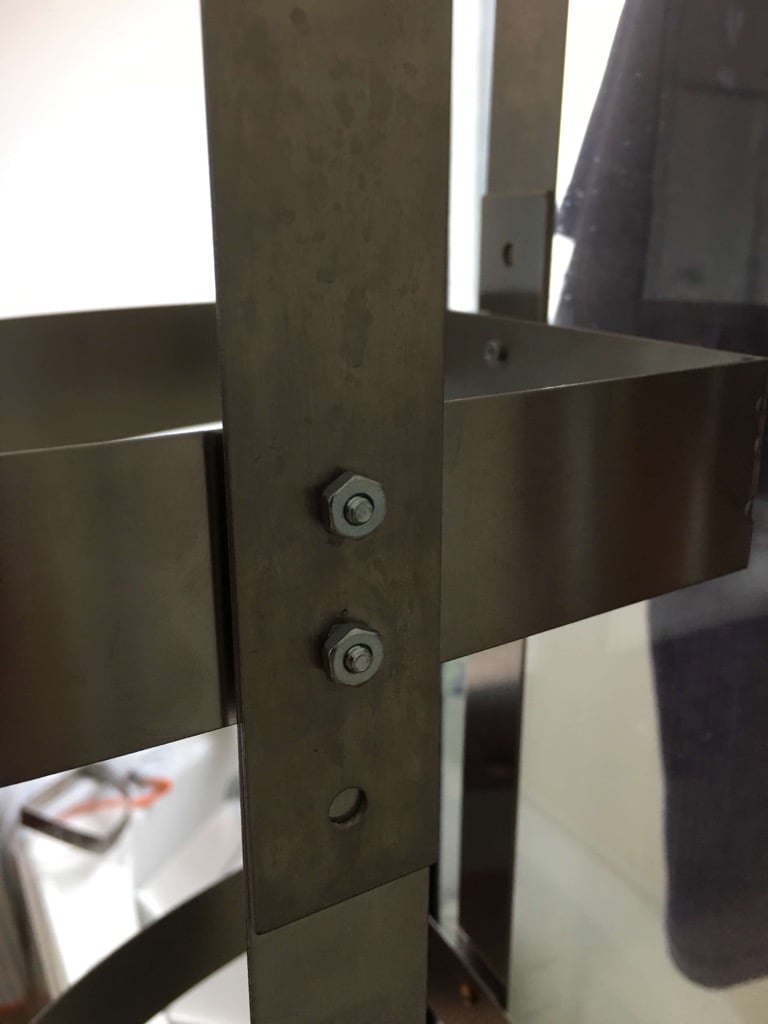 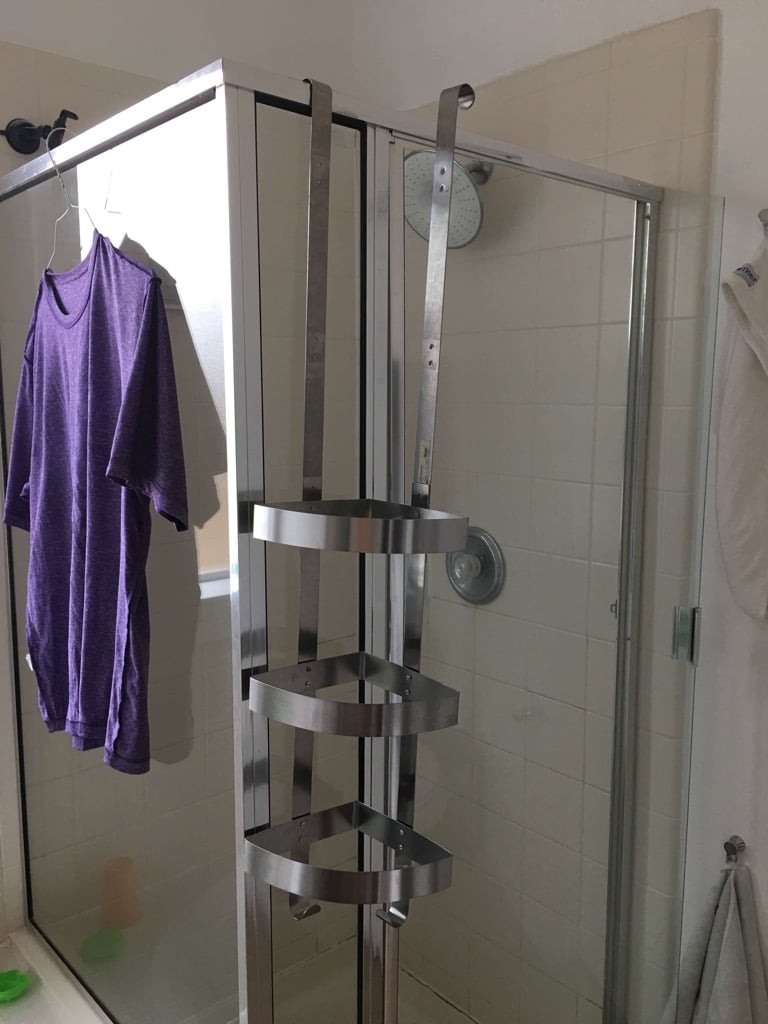 Once you’re done, you have a 5-level corner shower caddy. You also won’t have to sacrifice the hangers at the lower part. You can still hang stuff from there.

Here are some pictures of the finished extra long GRUNDTAL shower caddy: 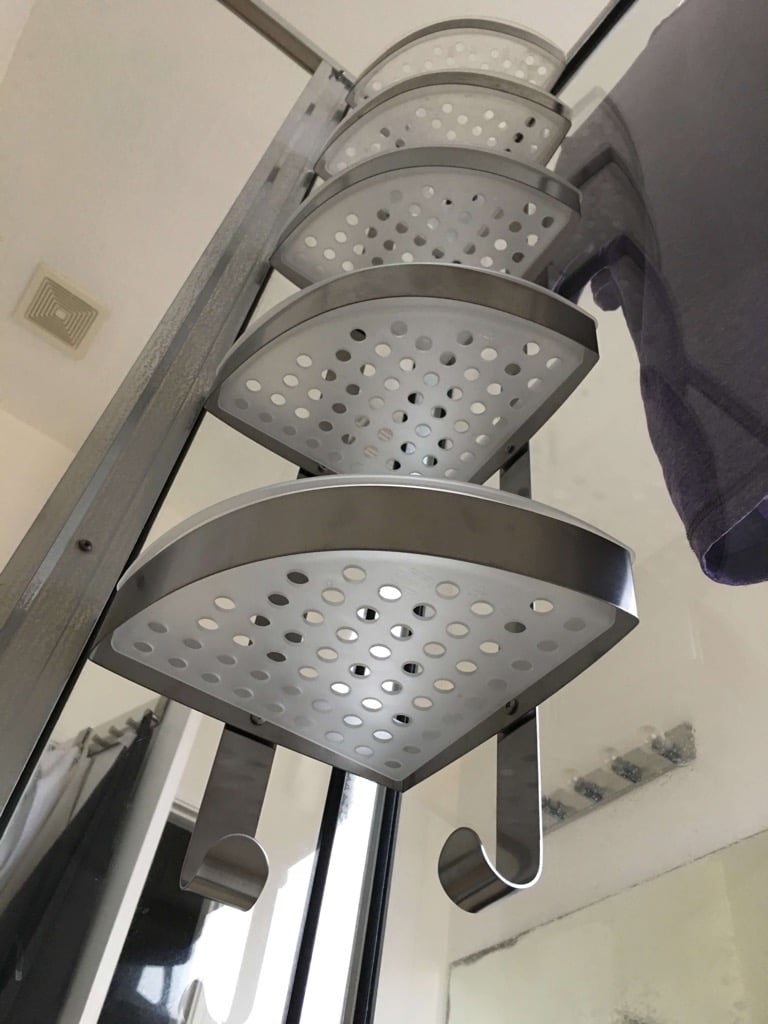 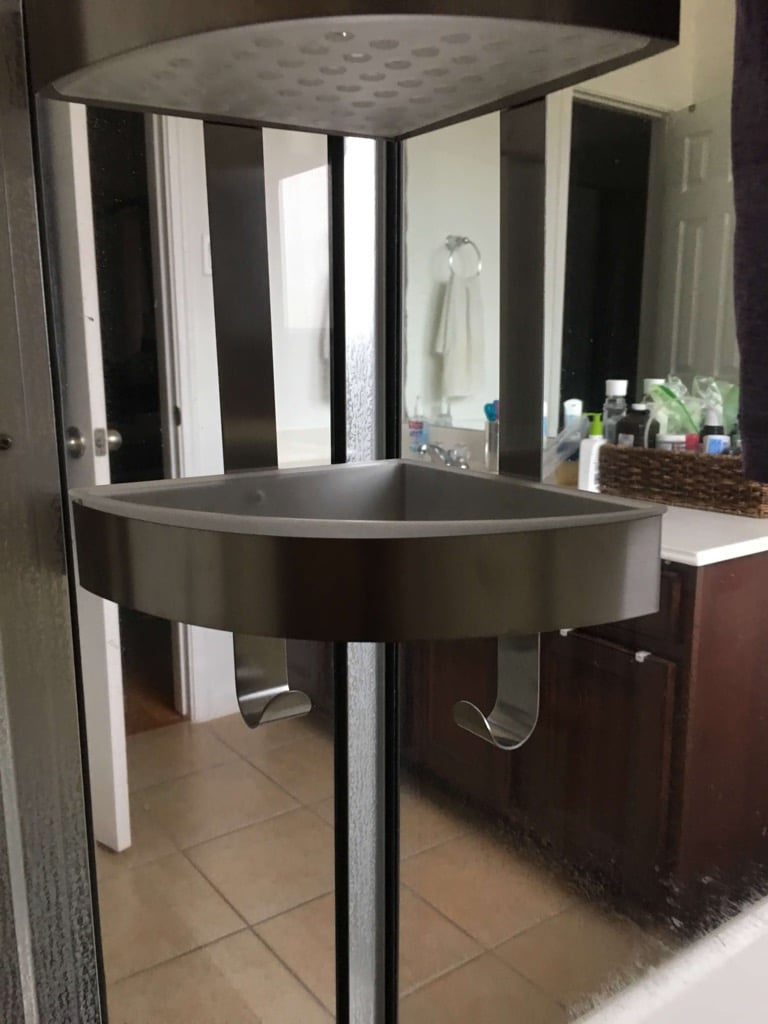 The 2 IKEA GRUNDTAL (19.99$ each) and the screws will set you back some $42 + tax. Other corner shower caddies sell in Amazon from $20 up to $120. There are cheaper options definitely. But ones that use a tension pole don’t seem like they’re safe and the ones with suction cups are always falling.