IKEA bookcases framed for the basement

I wanted a more robust and sturdy look for the IKEA bookcases to be installed in my basement. The final results look good and my family seems to like it. It took about 15-10 hours of work, with plastering being the hardest and most time consuming bit. The set up cost about $100 excluding the bookshelves.

What I like most about it is knowing that I did it myself.

How to frame IKEA bookcases:

After assembly of all six IKEA bookcases I used screws to fasten them to each other, so they basically become one unit. 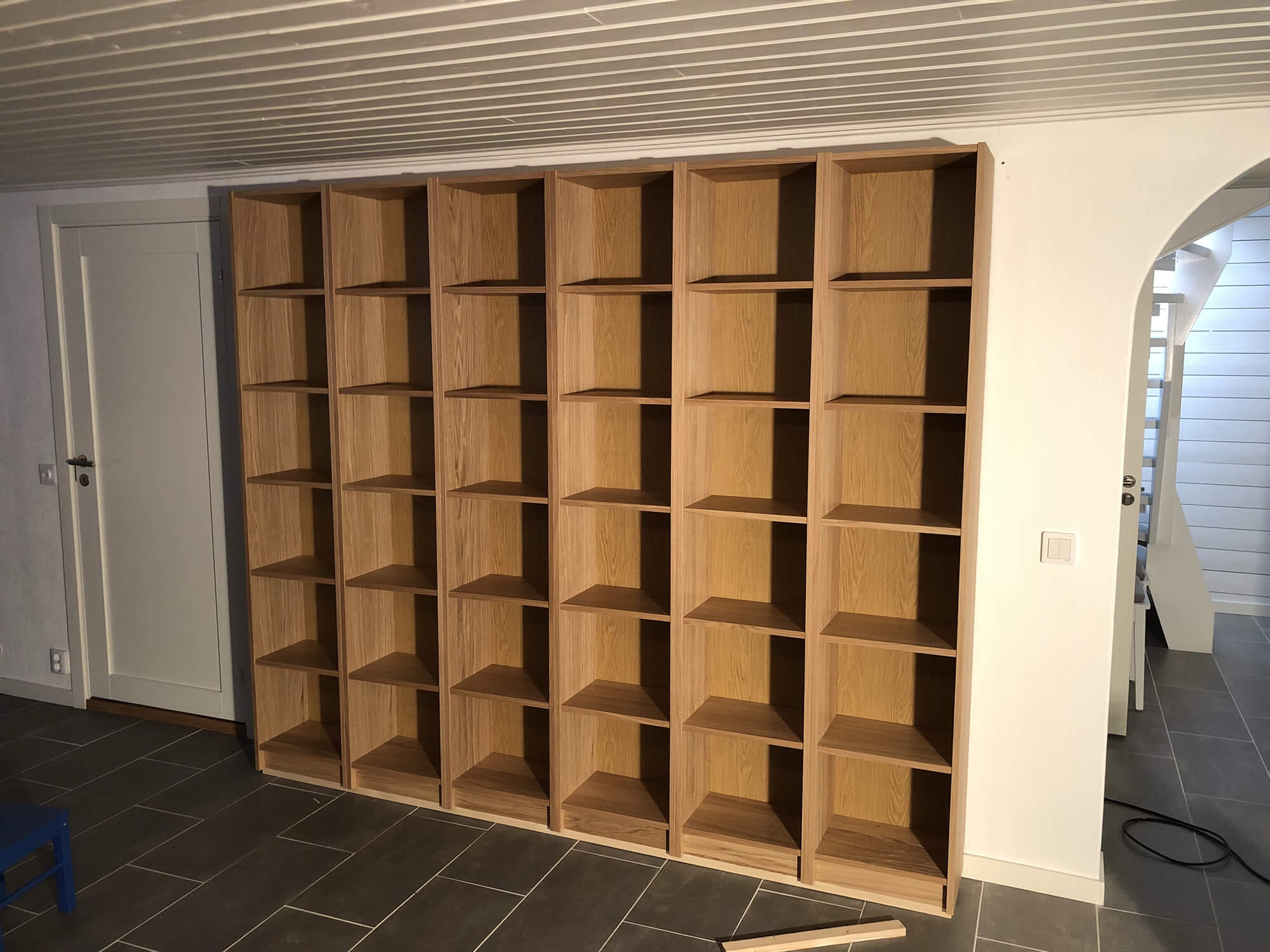 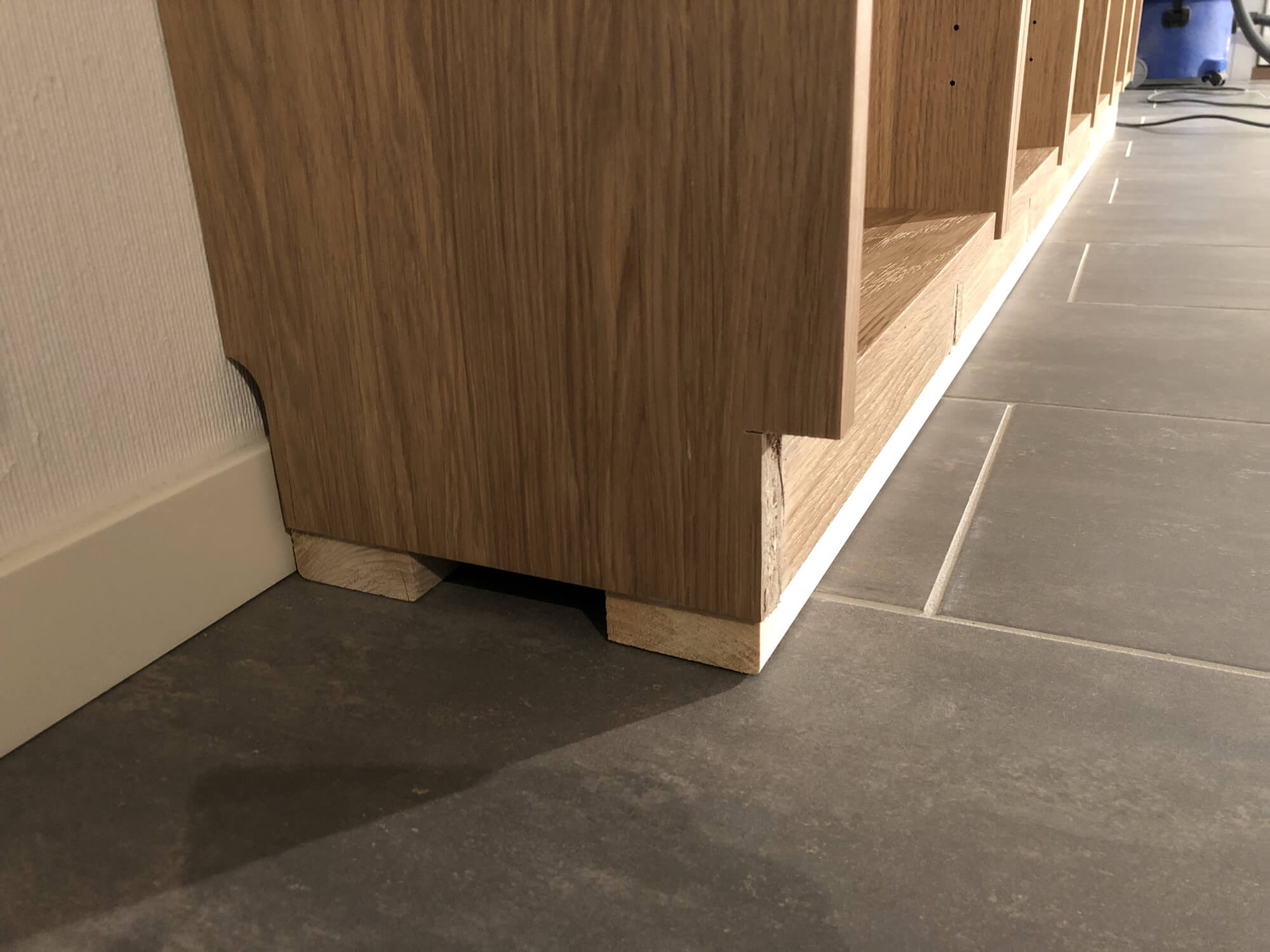 Before fastening the bookcases on the wall I put two planks under them to vertically center the bookshelves on the wall.

I then begun building the frame around the bookcases using studs. 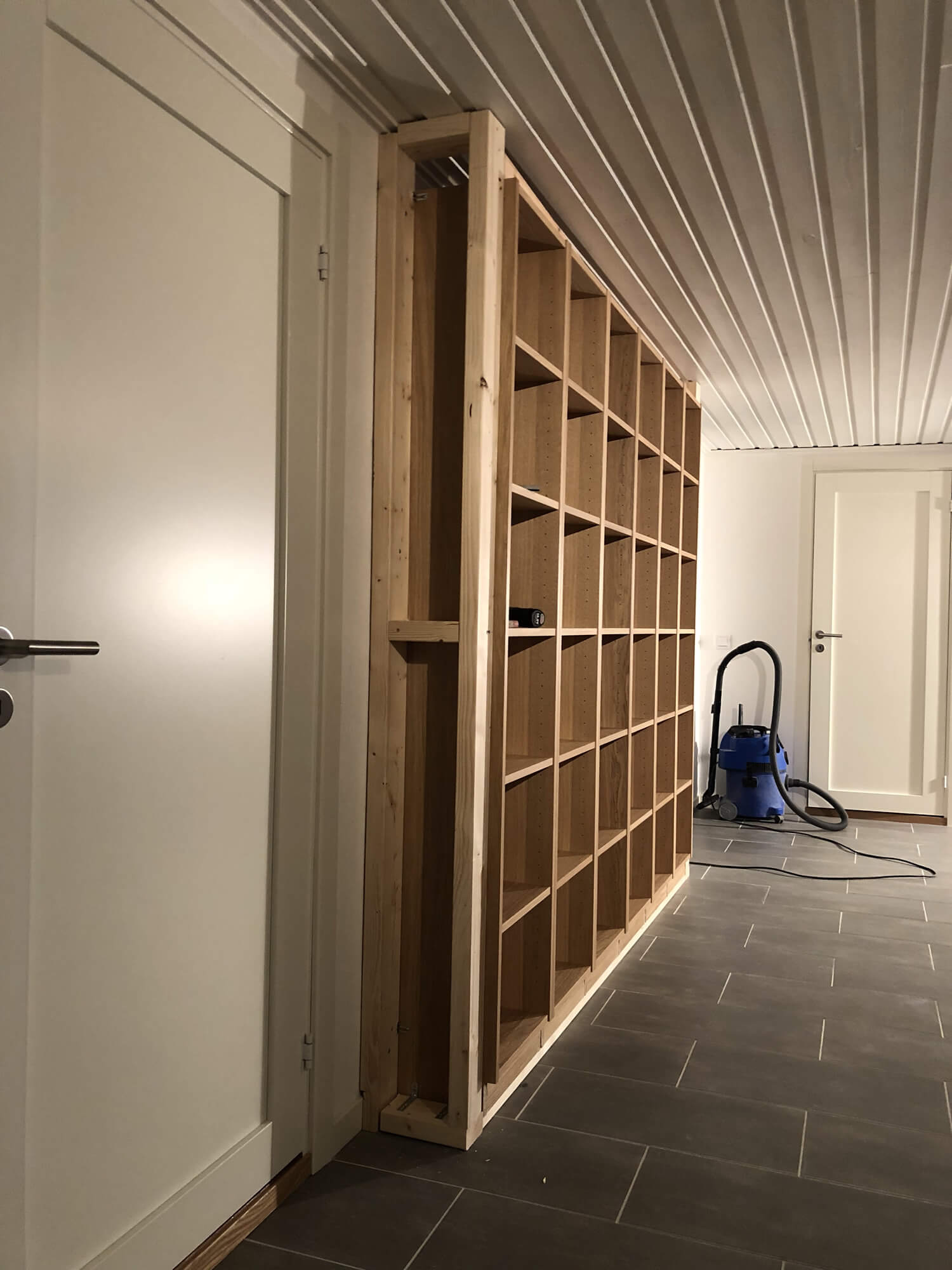 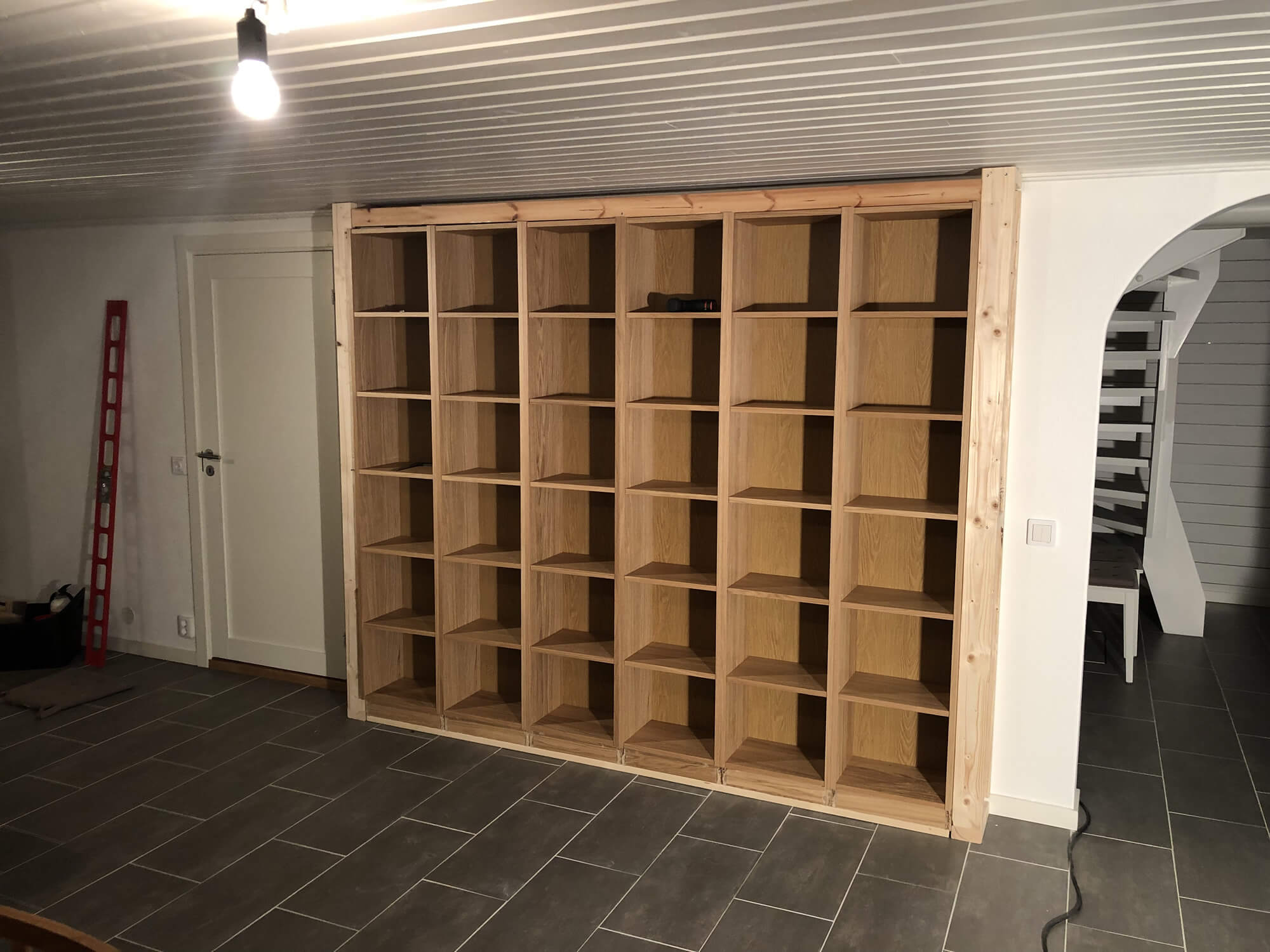 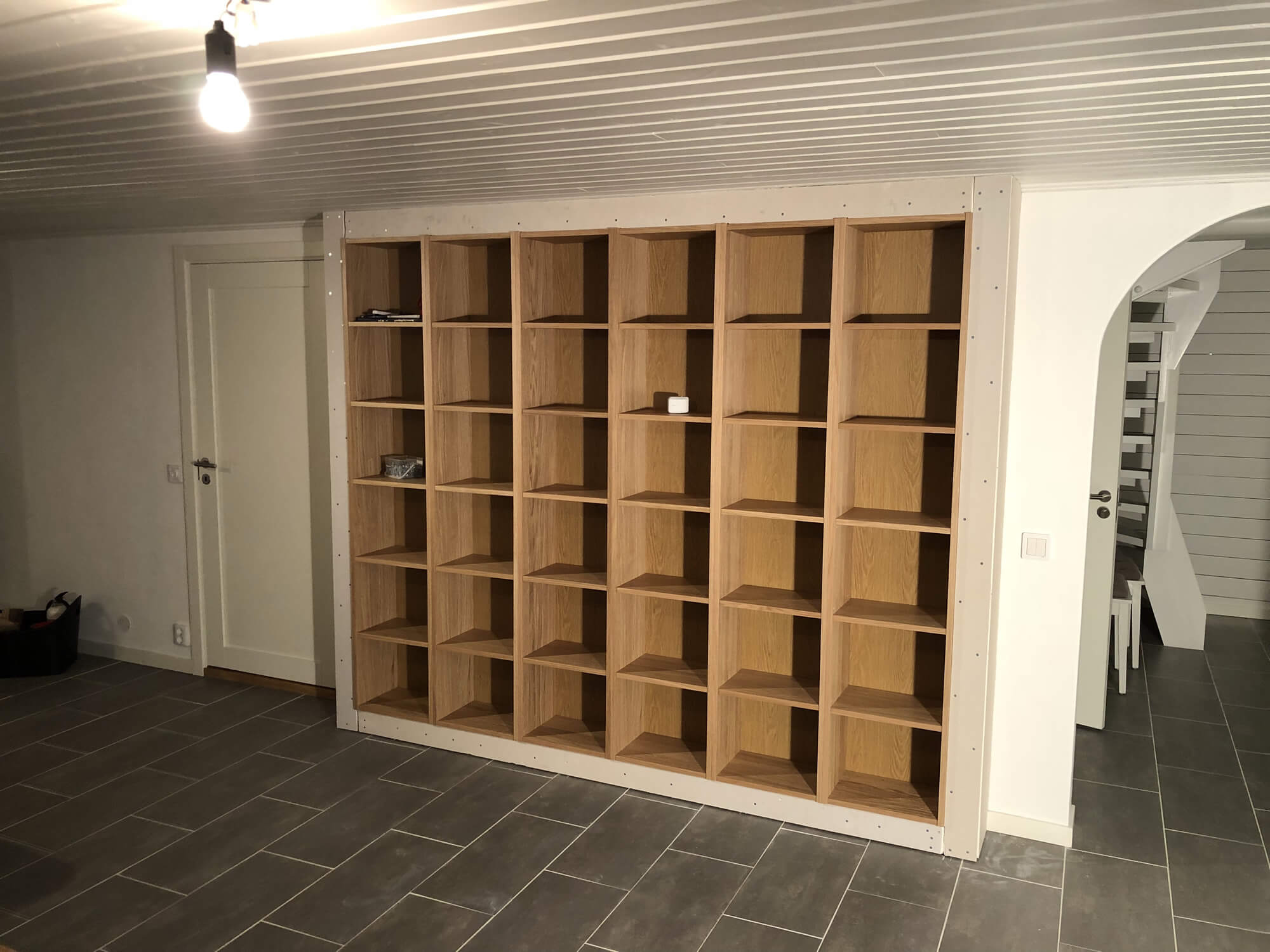 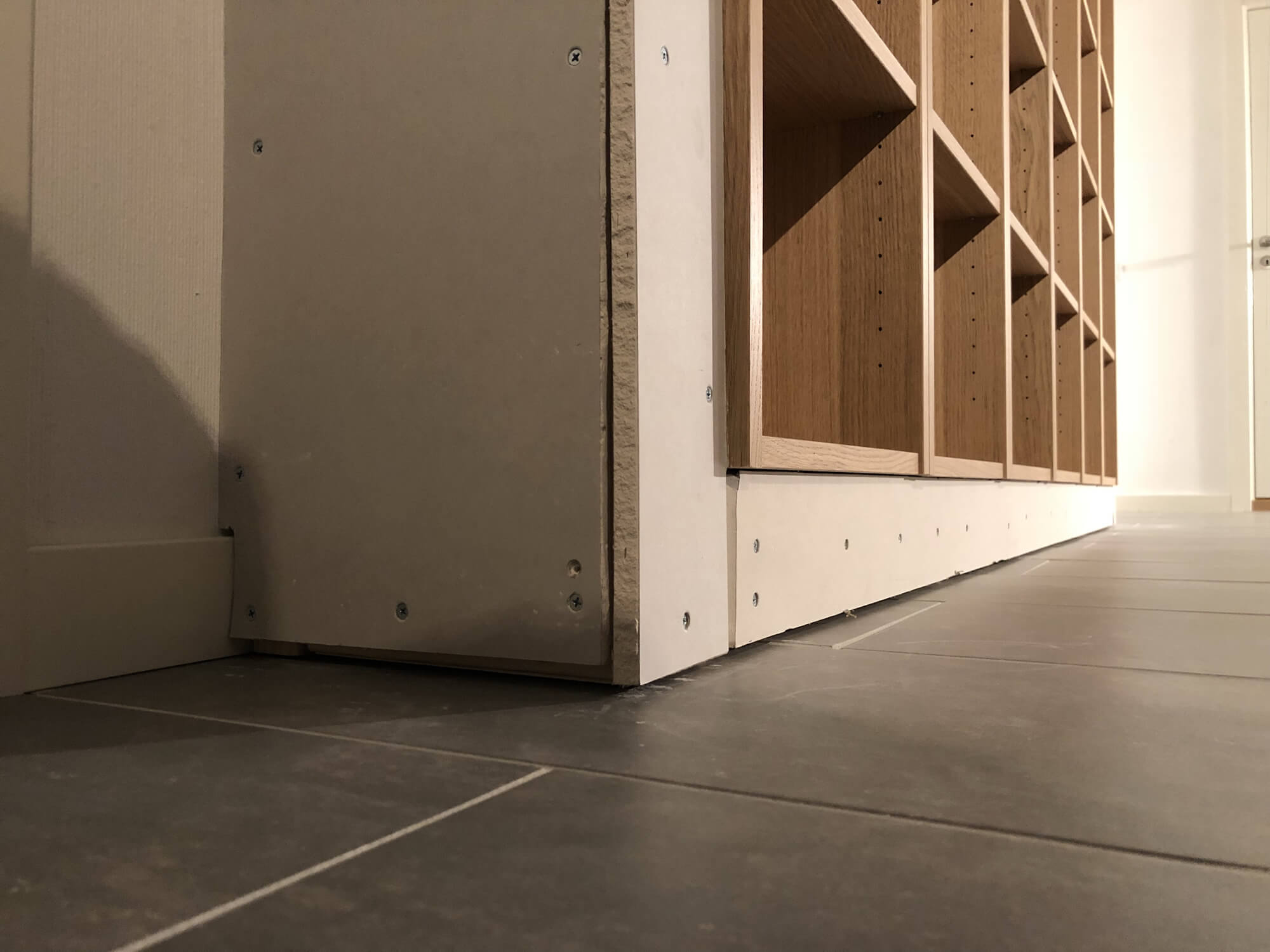 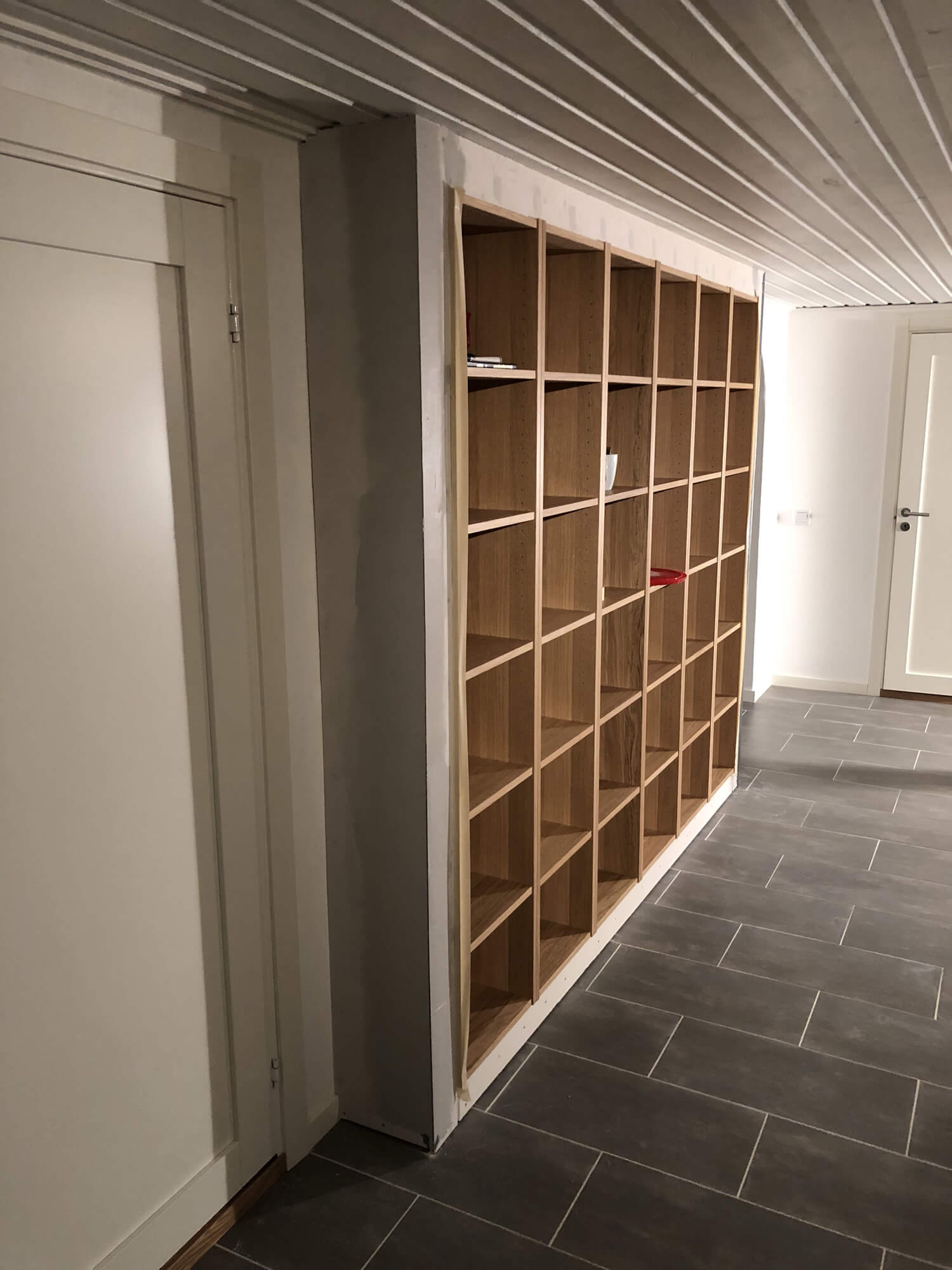 The next step was cutting and screwing the plasterboards on the stud frame, and then applying plaster on the screw heads and joins. 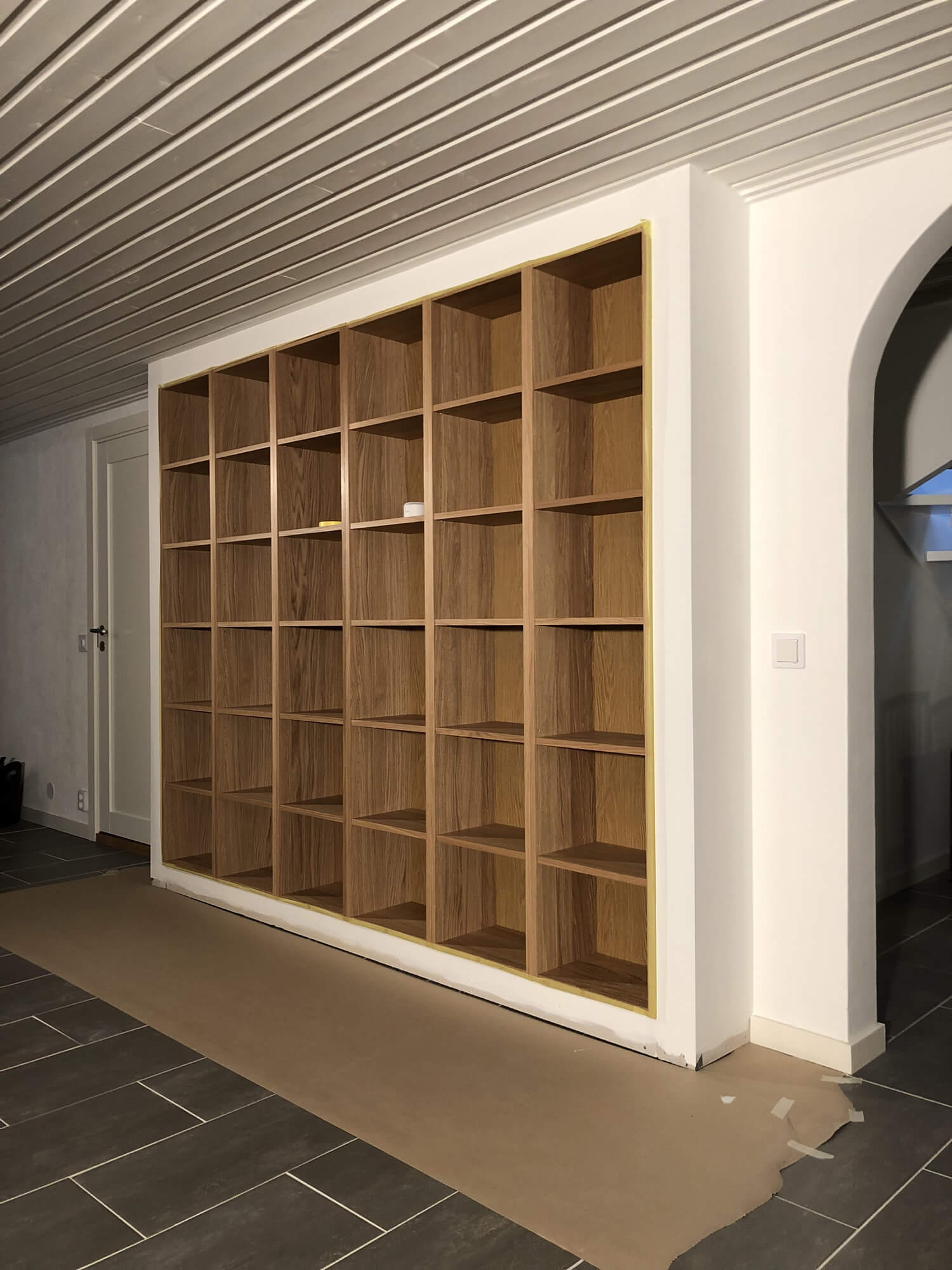 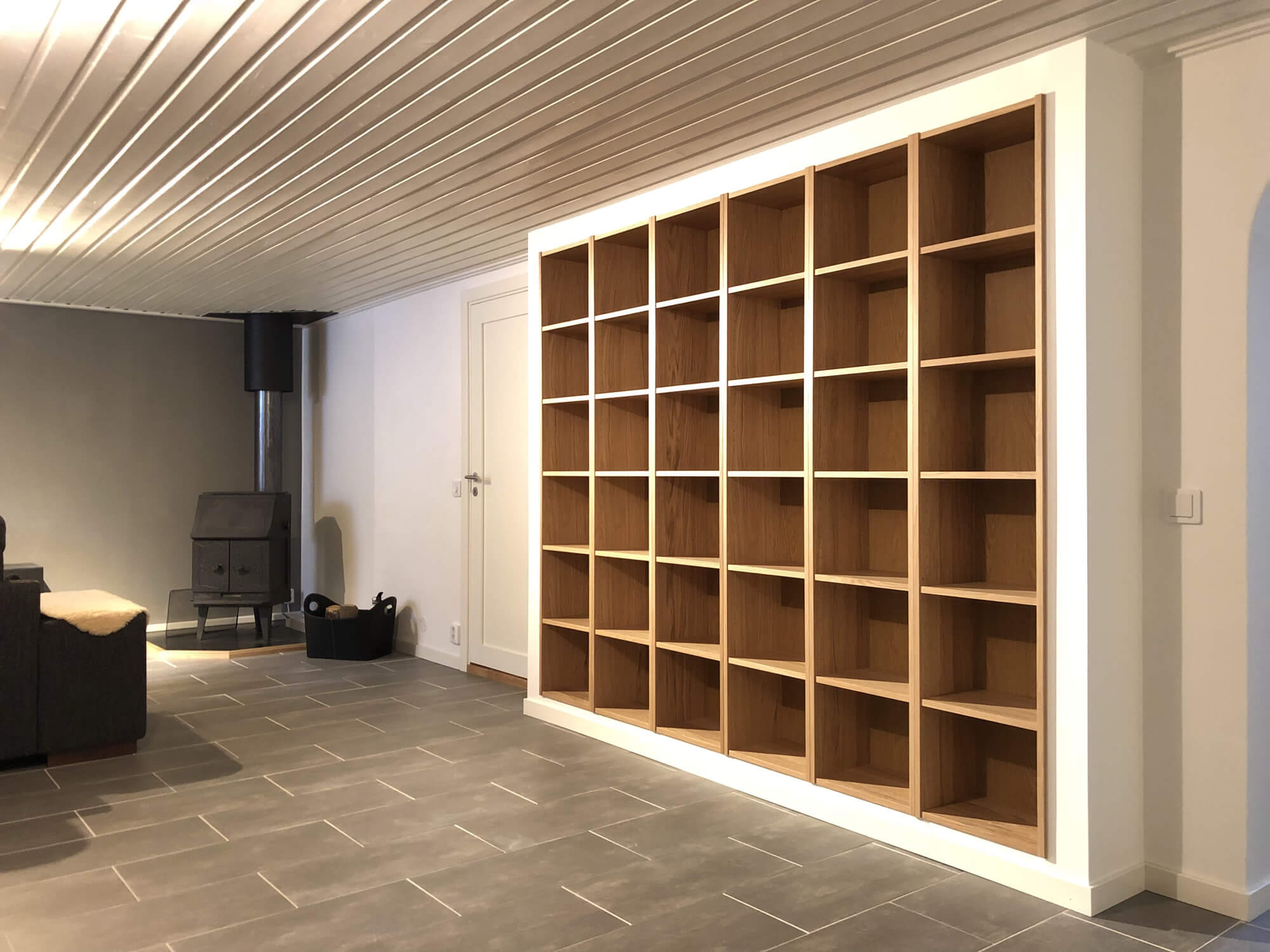 After letting it dry I sanded until the surface was flat and smooth. Then I painted the plasterboards. Now all that was left to do was to install the baseboards. 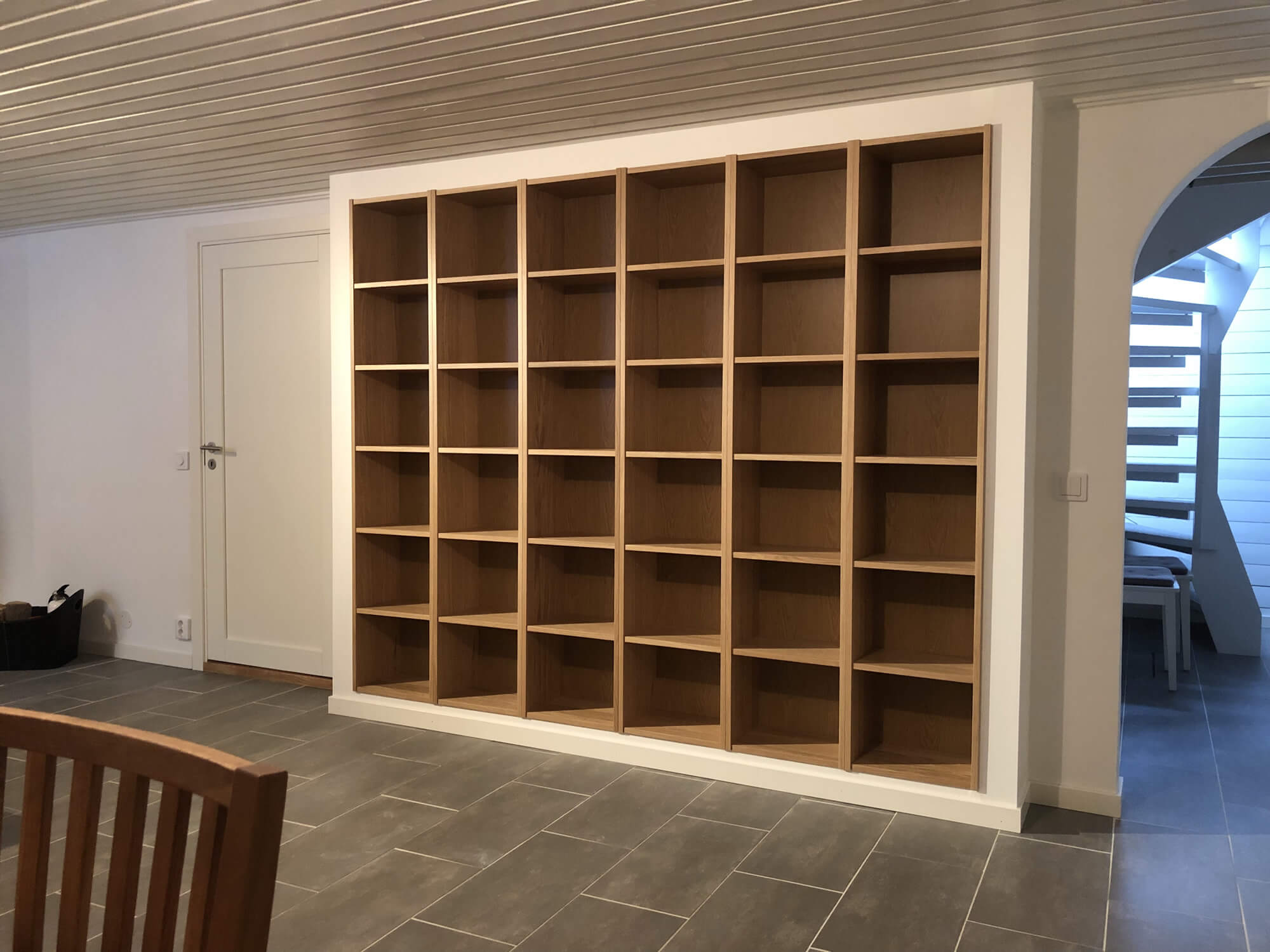