Thought I’d share this kitchen pantry as I was so pleased that my partner was able to accomplish it.

Not much hacking involved, rather a repurposing of the STUVA system. The STUVA was destined for a kid’s bedroom, but we decided to use it for our kitchen pantry. It gave enough storage space for kitchen items.

Unfortunately, some of these items are no longer being produced but we bought these from IKEA Rhodes and they are there until they run out of stock.

How we used the STUVA for our kitchen pantry

We had moved into a new apartment and the kitchen pantry was not user-friendly. There were no pull out shelves though it was deep. After scrambling over kitchen items and things falling over in order to reach the back, we had to find another way. The STUVA was the solution to it.

We used 5 GRUNDLIG wire shelves to create a user-friendly pantry so I could see what was in my pantry and separate the shelves by sweet/ savory/ carbs/ party items/ water etc. I can actually see what is left every time I pulled out a shelf. 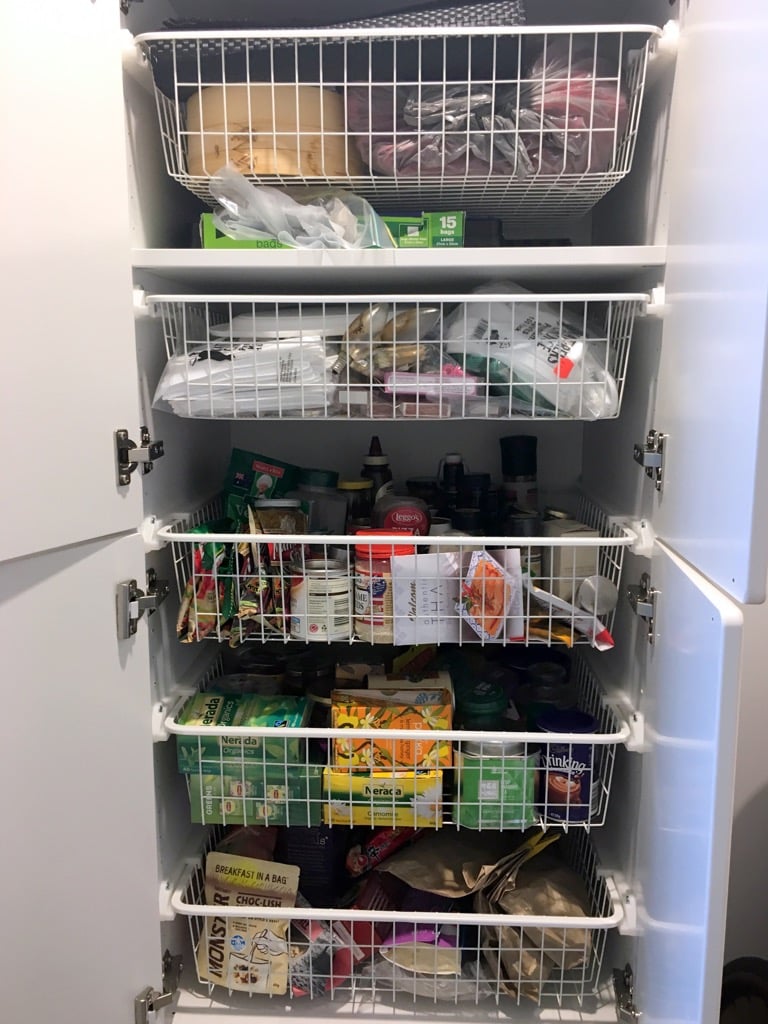 It took two days to create our kitchen pantry. The first day we decided to buy the two frames and leave one shelf without doors. That’s when we found that it was better to buy the medium and short frame instead of the tall wardrobe length.

What we realized was: 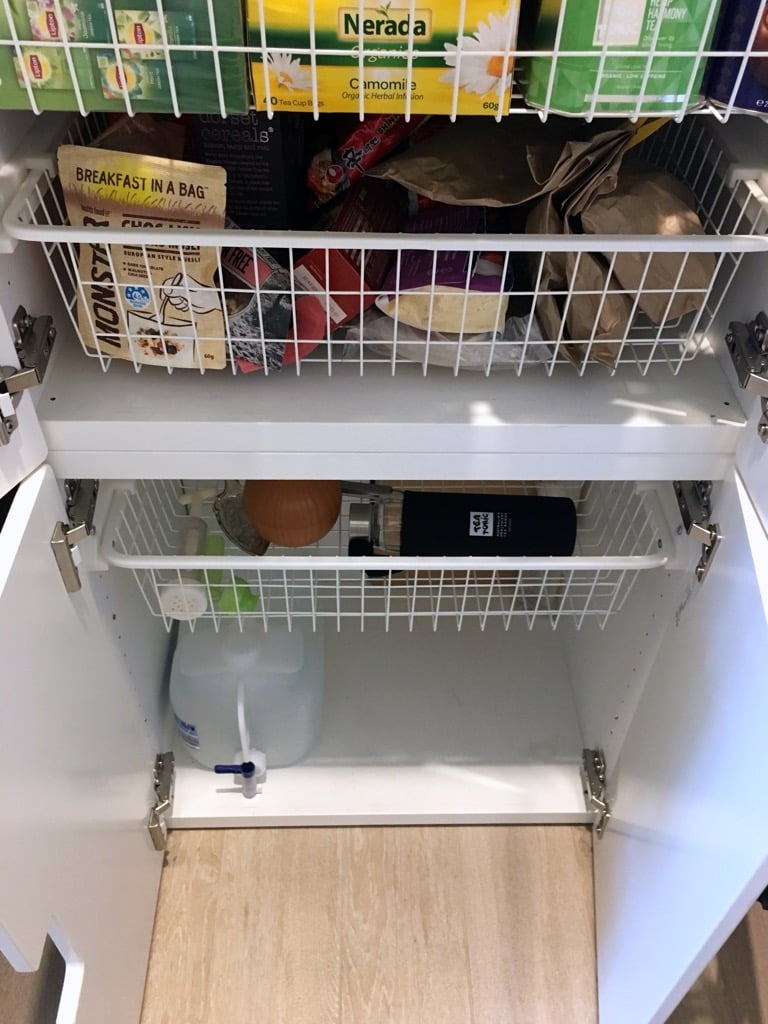 We also didn’t find the solid shelves useful as they were immovable – so we decided to use the wired ones instead as they could be taken out.

The second day we decided to buy one more wire shelf and one pair of MALAD doors as it was better to have a closed rather than an open look for food. 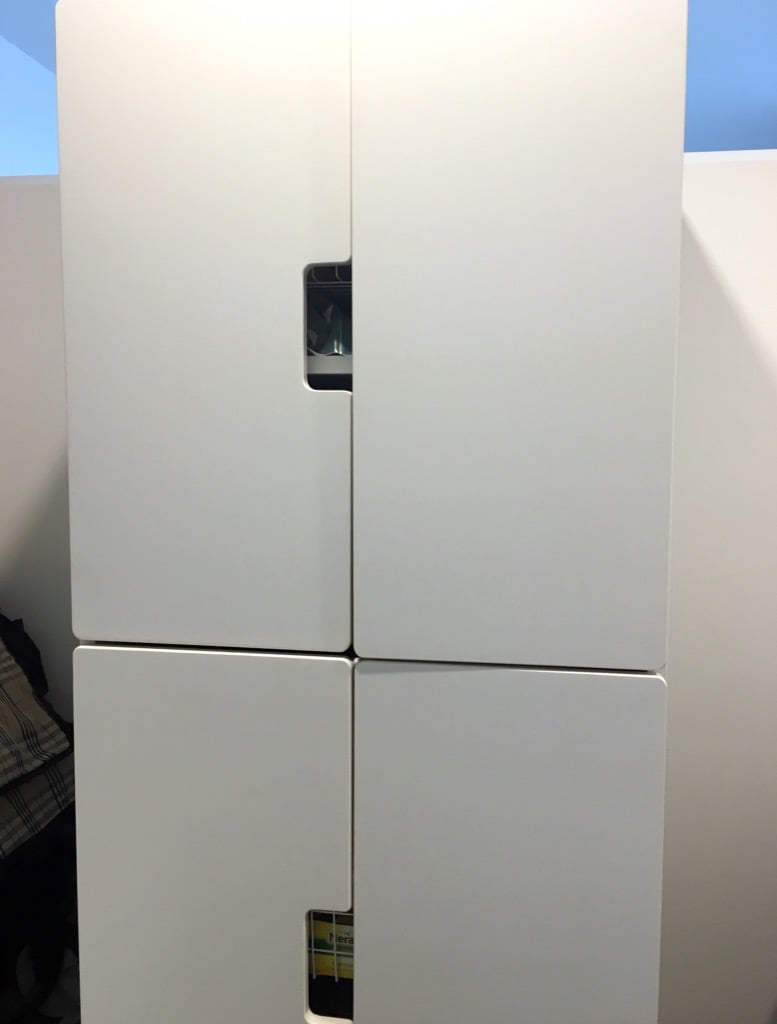 What I like most about my new kitchen pantry is cutting down on my food waste. I can see what items I have left in the pantry and use them before they expire. Everything looks tidy and clean. The wire shelves are also very handy. I want to incorporate them in a lot of things now!

The hardest part was the doors. They didn’t really align so well and may have to do with the latches. We have to open all doors before we can take the shelves out.

What to pay special attention to?

Make sure you give enough space for the wire shelves i.e. whether you want the small frame on top or at the bottom. We chose the bottom as we are placing heavier items there.

Our local IKEA carried the STUVA and we are so happy about that. For kids bedroom furniture, the STUVA is a sturdy piece. We look at other storage wardrobes but they didn’t appear as solid as this one. It solved the problem we had which was an unfriendly kitchen pantry.

~ by Marie and Aaron from Sydney