I turned two LACK TV unit into a narrow hallway bench. Beneath the bench, we have space to store shoes. On top, is a foam cushion for a comfy seat to put on our shoes.

Here’s how to hack a narrow hallway bench:

I assembled the first LACK TV unit, which will be the top of the bench. 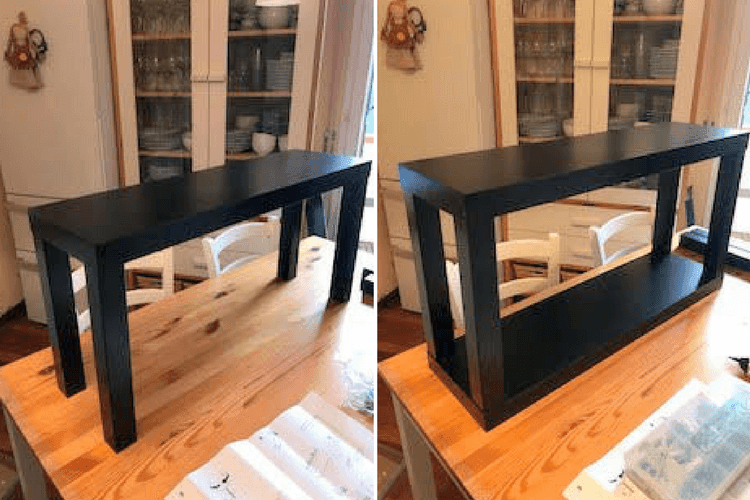 Next, I got the second LACK but did not assemble it. I used the top as a base for the bench. To attach it, I used L brackets to fasten the top to the legs. 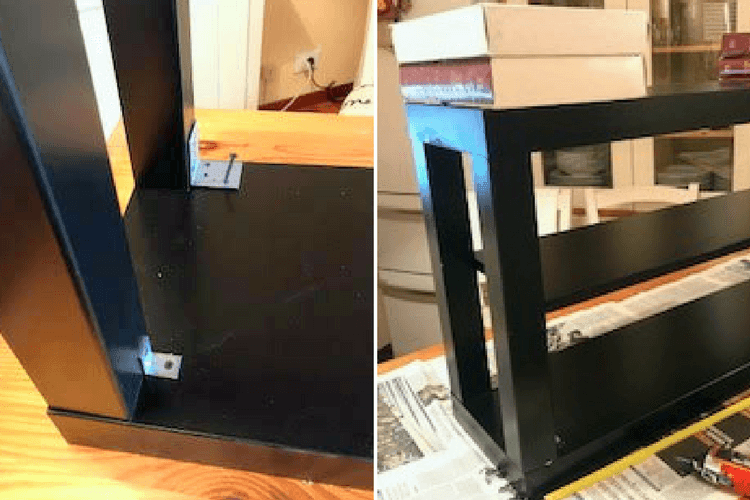 Then I glued the legs (along with other legs I had) between the two legs of the LACK TV bench. The four legs fit together snugly to form the sides of the cabinet.

Reinforce the fix with L brackets. 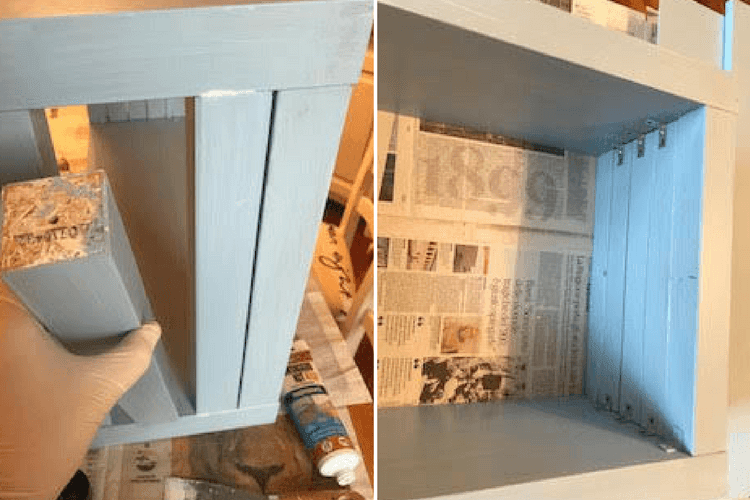 I stapled a chipboard to the back of the newly formed frame. 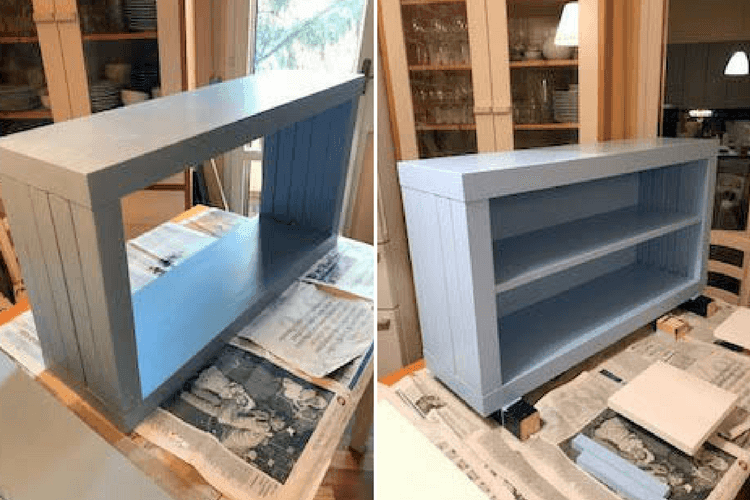 Related: Turn a £7 LACK TV unit into a narrow hallway bench. See how.

Once that was done, I painted the whole bench. Primed and painted it a light shade of grey. 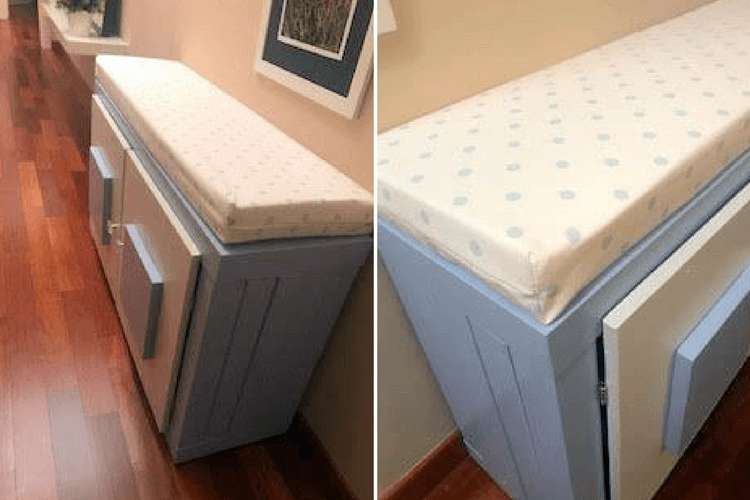 Then, I measured the cavity and cut 2 pieces of plywood as doors and painted the doors. I added a smaller square on the front as a decorative element. Next was to add the two doors to the front, attaching them on both sides with hinges. Then, I added knobs. And my narrow hallway bench is about done. 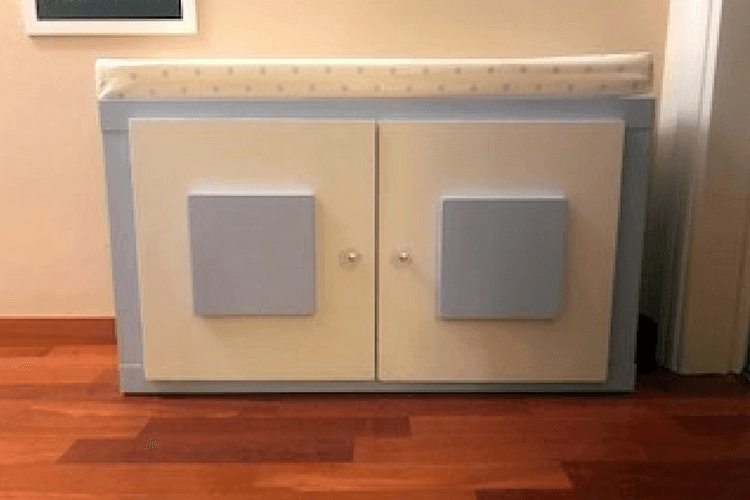 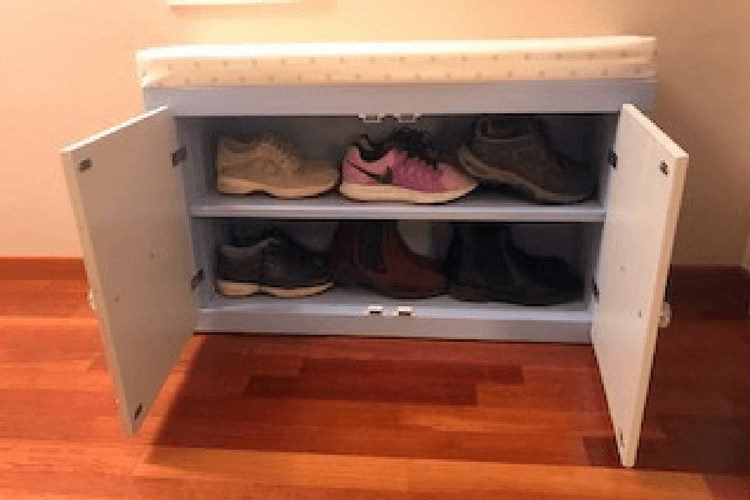 The last thing to do was to make a seat. I used foam covered with fabric and placed it on the bench as seating. You can secure the cushion to the LACK top using Velcro if you want to.

It’s compact, slim and perfect for my narrow hallway.