How to save by building your own custom built-in closet

I turned the IKEA PAX Wardrobe into a custom built-in closet. I purchased a 1980’s condo which hasn’t been touched since it was built. Among a complete refresher to the unit was the master closet.

Here it is when I visited the place for the first time.

And right away, after trying to open the doors, one came off its track. 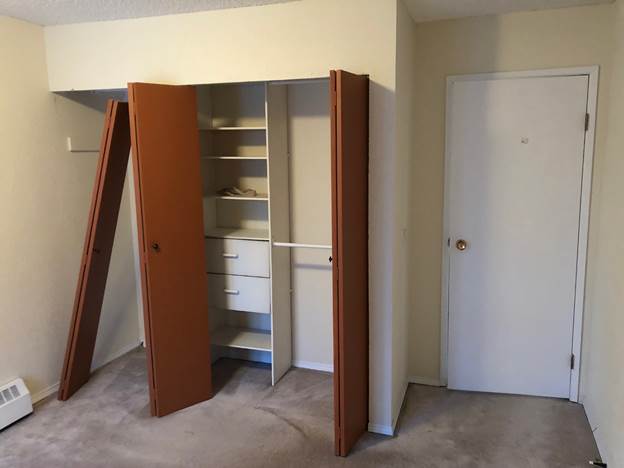 I looked online for new sliding doors but everything from Home Depot or other stores was over-priced. Also, I couldn’t find any sliding doors that size and would still have to build the shelving.

My thought process was to reduce the enclosure width so that I could slide in a 60cm deep, 201cm tall PAX system in there and use the PAX doors as closet doors. This would make it budget friendly and immensely customizable with the storage and doors.

The edges of all the closets in the apartment are built with drywall extending slightly past the opening and thought I could use this to my advantage, though this is not a requirement to build this system. 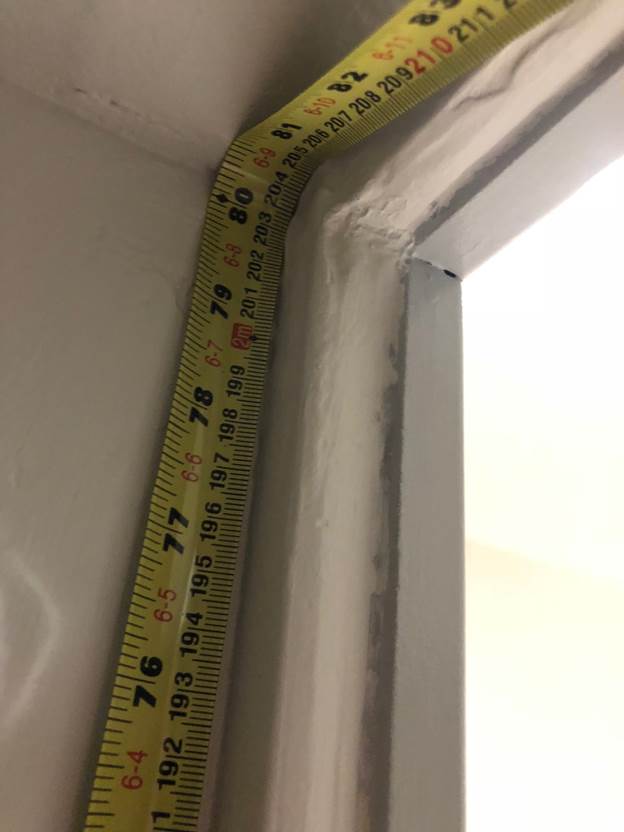 First thing, I had to remove the old doors and shelving. I also remove all the wall texture but this is a different project altogether. 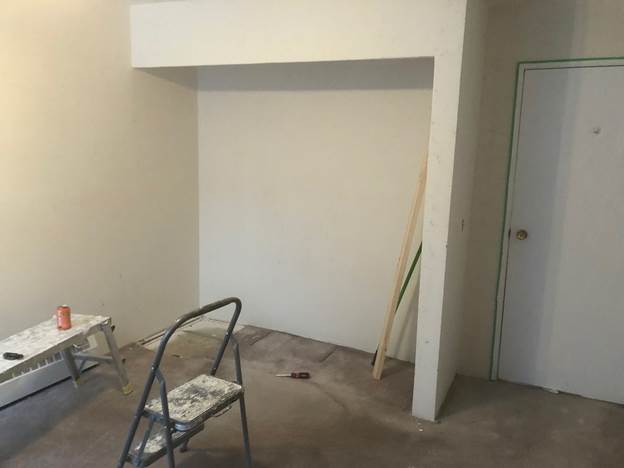 Now that we have a nice clean area, we can start to work on some framing. Apologies for the Snapchat potato quality screenshot.

I had to reduce the enclosure by exactly 5 inches (85” to 80” and leave around 1 inch of wiggle room). Perfect. Screw 3 2×4 to the wall giving 1.5” depth, then create a 2×4 partition wall on the floor and lift it into place. Screw that to the floor, ceiling and the 3 2×4 you already put in place against the wall.

I am in no way an expert in any of this. I had never built a wall before or installed drywall but was able to build it in one evening (excluding taping, mudding, and painting). It’s easy, give it a try if you haven’t. 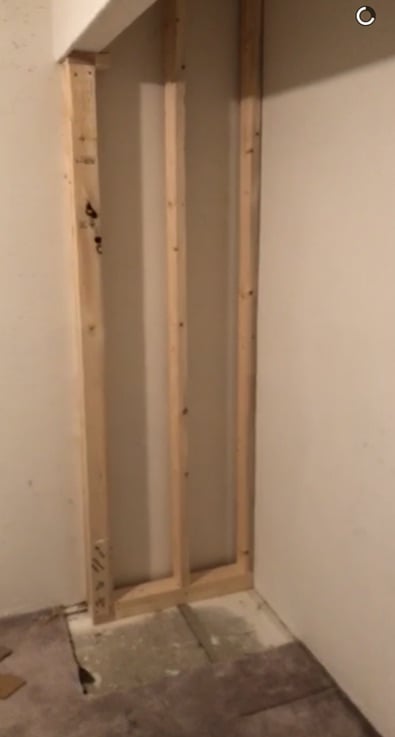 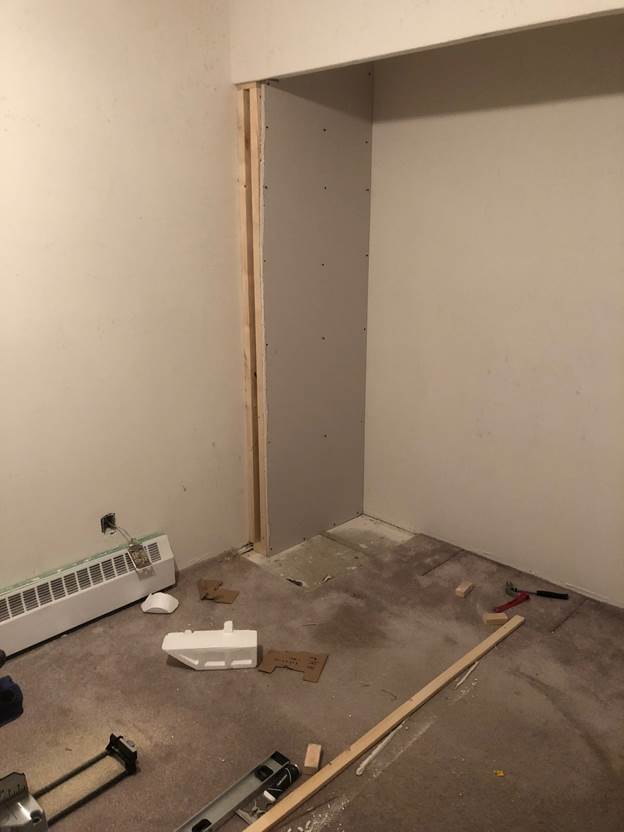 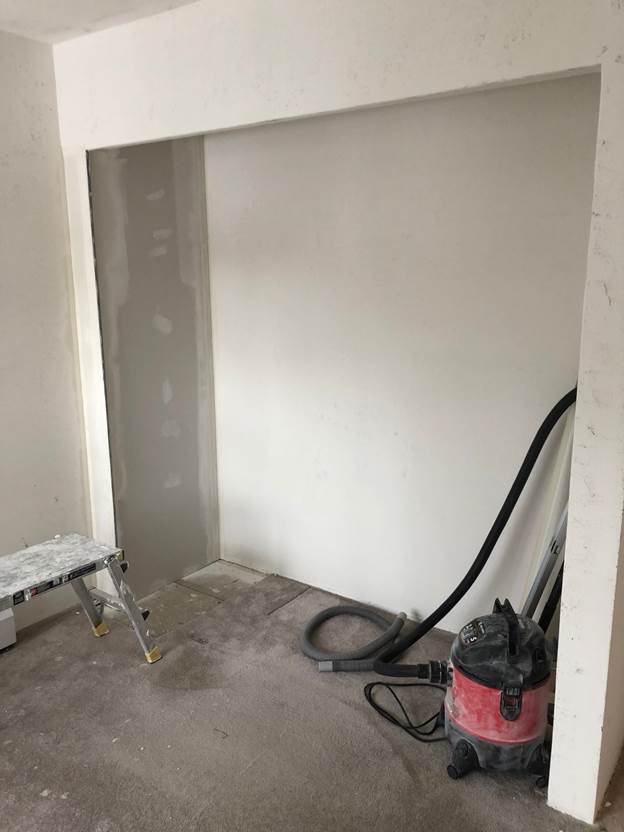 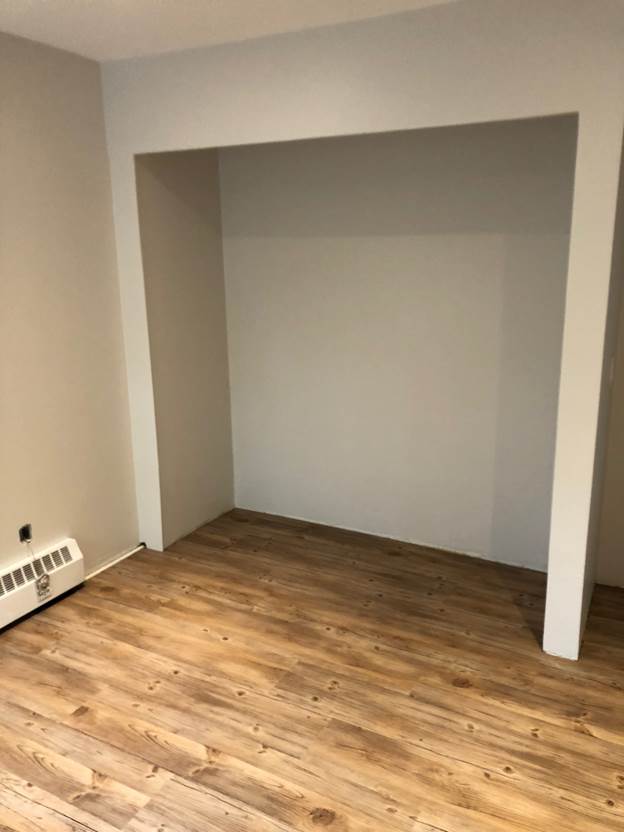 Now we have space that is 3 cm larger than the PAX system. I am utilizing a 2m long, 2 door system. For that, I will use a 3 part system, and not 2 for good reason.

As mentioned earlier, the closets have a ledge of drywall to the side of the doors. Those measure a couple cm so I would not be able to slide two 1m wardrobes in. By sliding the side ones first and the middle last I was able to have all three units in with a couple cm left on each side. If you don’t have the ledge I did, then two one meter wardrobes will work just fine.

Take note that there is space above that I lost by building this system. But I was not able to find a way of saving it. 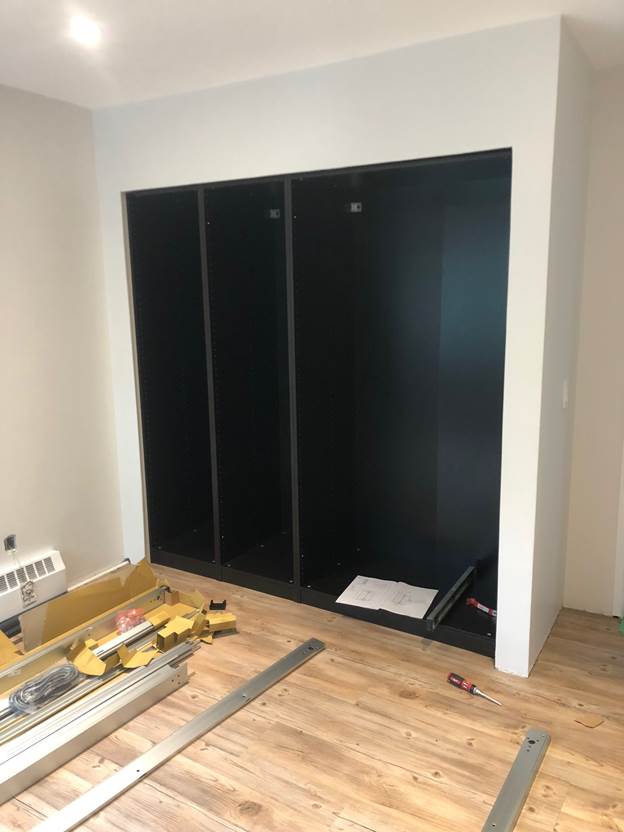 The next steps, are just the same as you would with the regular PAX system. Follow the manual and build the shelves as you want. Don’t forget to screw in the units together but don’t attach them to the walls just quite yet. Do that after the doors are on to make sure you left enough space in front.

The complete wardrobe including the doors need to sit behind the front wall. I will explain that just in a bit.

Here is my custom built-in closet complete. All smiles as the step sister and I are pleased with the result. 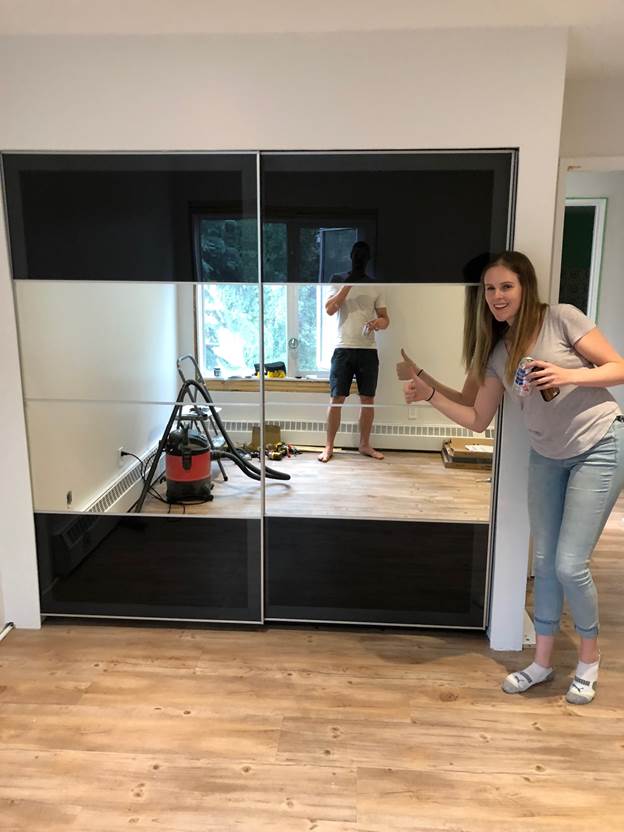 Now here is why the new custom built-in closet needs to sit slightly to the rear. Adding trim/casing all around hides the gaps at top and to the sides and gives it this clean look. It also give a little room to put your fingers and grab the end instead of touching the glass to open and close. 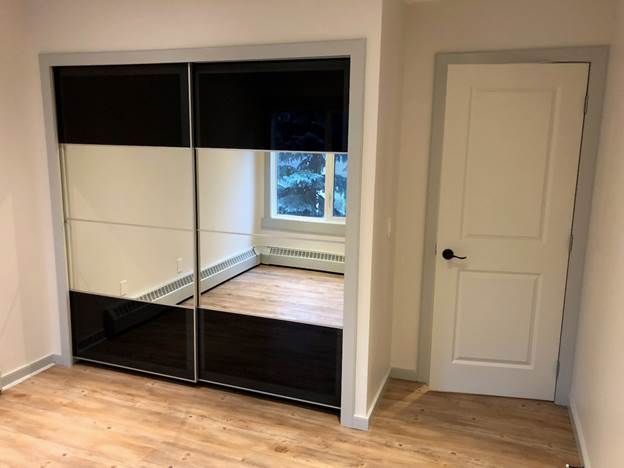