See the beautiful transformation of this wardrobe space

My daughter’s bedroom had a built-in wardrobe with an airing cupboard next to it. We changed the boiler to a combi a while ago, so we no longer needed the airing cupboard. In its place, we wanted an IKEA PAX with sliding wardrobe doors.

The old wardrobe was fully built-in with concrete blocks, render, plaster, architraves and folding doors. The doors were well past their prime and kept coming away from their guides.

I didn’t want to remove the end wall by the door as I was concerned it may de-stabilize the adjoining bathroom wall and the ceiling height was an inch or so lower than the PAX wardrobes.

First, I narrowed the right-hand wardrobe carcass by 70mm and shortened both carcasses by 40mm in height. Then, I installed the bottom door guides/runners under the base-board. This meant the sliding wardrobe doors could be about 10mm closer to the floor which I think looks better.

I won’t lie, it was a pain and took a fair bit of head-scratching, swearing, and so-on but the result looks like a custom-made-to-measure wardrobe. For £400. 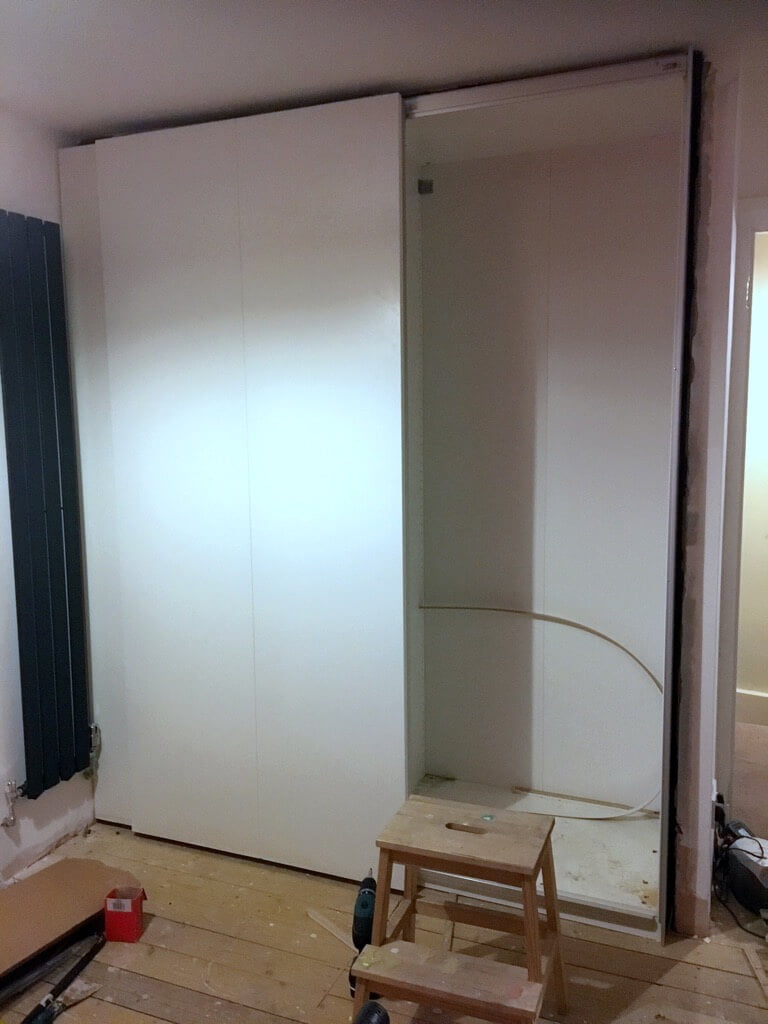 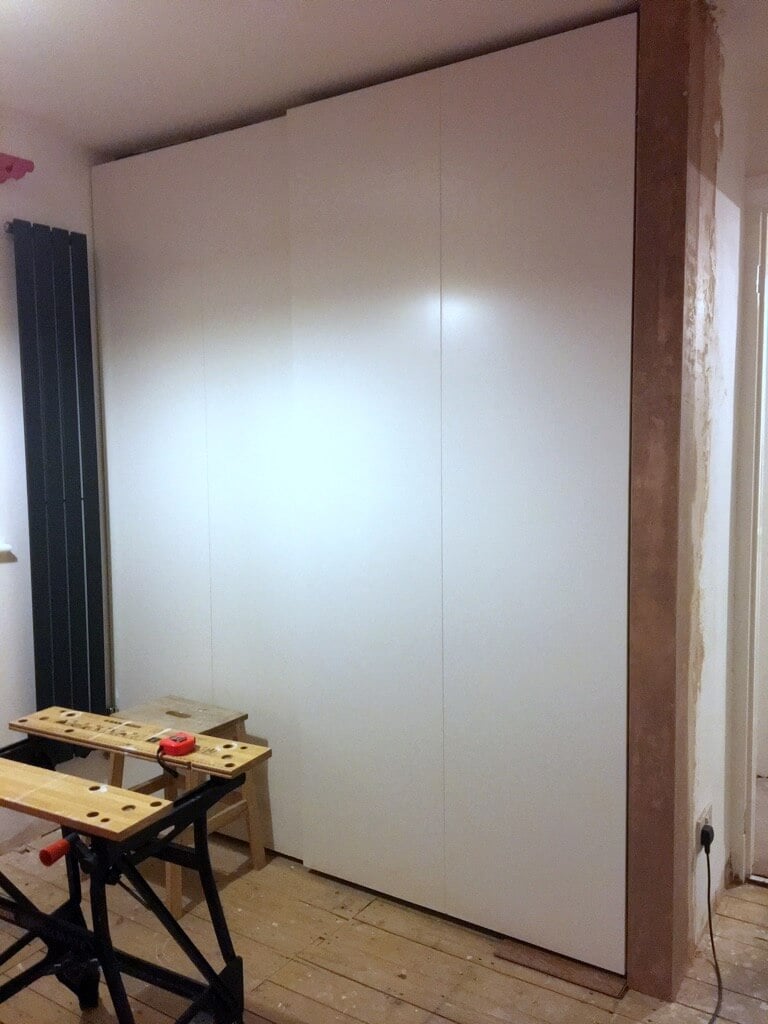 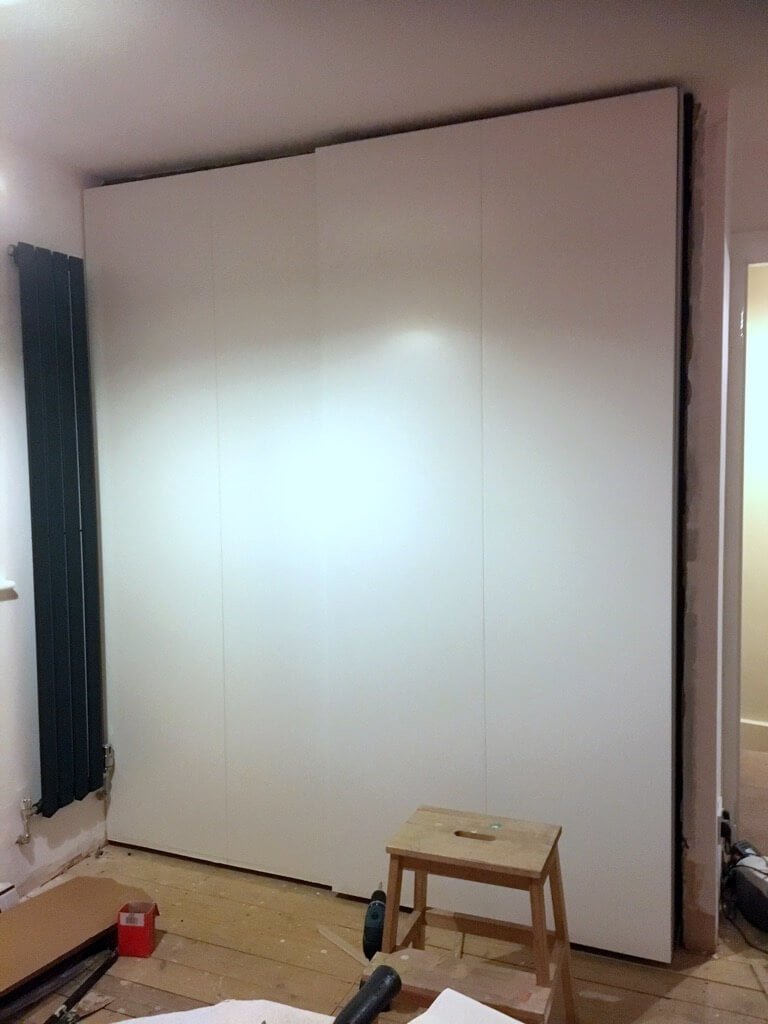 I didn’t attempt to narrow the sliding wardrobe doors but nobody has noticed.

By taking the time to replicate the original fixing holes on the shortened panels it all fitted together as if it were straight out of the box. 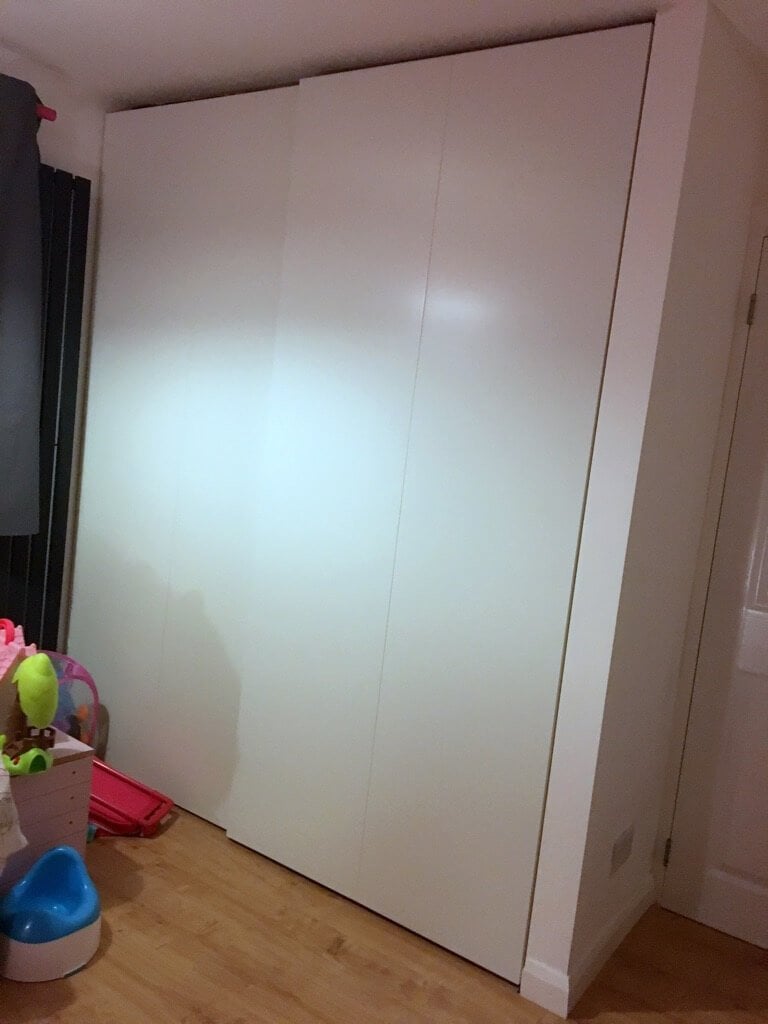 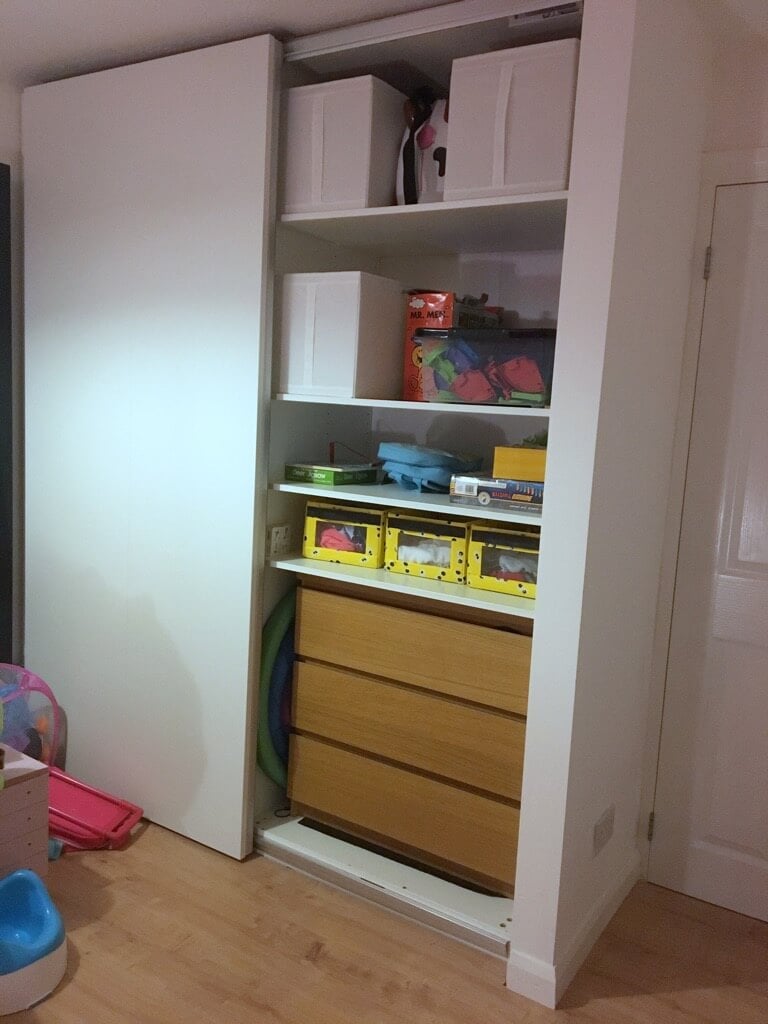 The small wall enclosing the right-hand side of the wardrobe was about 120mm short of the front of the PAX assemblies. So I framed it out to match the front of the forward sliding door. Then spent quite a while getting the corner beads for plaster aligned to the sliding door as best I could.

Next, I gave it a quick skim with regular multi finish plaster. The result is quite a neat shadow line between the two of about 1/2”. A couple of people who have been to inspect my handy work didn’t even realise there was a wardrobe there until it was pointed out to them.

My final comments would be that yes; you can shorten sliding wardrobe door kits for PAX wardrobes (as long as the doors are not mirrors etc!). But it’s a lot of work, easy to make mistakes and requires a fair level of confidence in your own abilities. But I suspect it saved me upwards of £1,500.