i’m not much of a gamer but i like how one can build video game thingies into ikea furniture. like this computer mounted lack coffee table and ikea video game chair.

yos made this about 4 1/2 years ago before all the media transfer networking devices. his purpose was to stream music from his main computer to the home theater in his living room. he also installed old games on it so he could play old video games on the big screen. 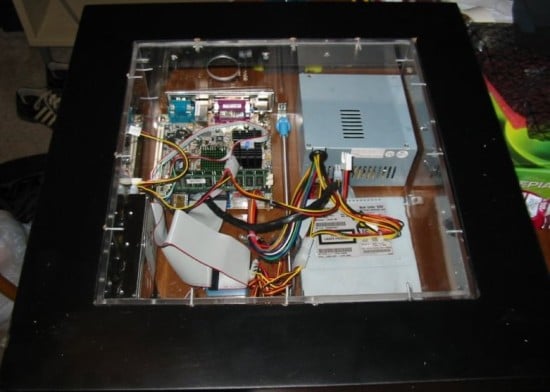 yos writes: “back in 2001, during one of my weekly ikea trips, i grabbed another lack table and decided that i wanted to build a computer into an end table so that i could stream all my music into the living room. this was way before most of the easy digital music media centers. i cut a hole through the lack table only to understand why they are so light! i had to reinforce the inside of the lack table in order to mount the plexiglas box that i chose for my computer (small form-factor). 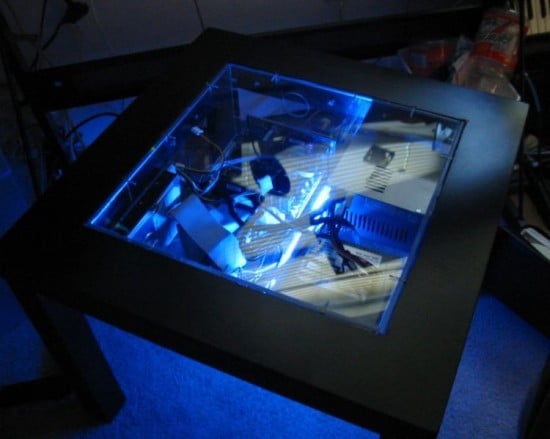 i painted some cut 2×4’s and mounted them inside the lack table and then mounted the plexiglas computer inside. the computer had a second purpose – to play old school video games that did not run on my new computer. 🙂 the computer was outfitted with a sound activated cold cathode neon blue light that pulsed the table to the music. this was finished up with a custom piece of beveled glass (not shown in the pictures). what a hit at parties!

when the easy media centers came about a couple years later (2003), i decided to migrate all the “guts” of the lack table plexiglas computer into this ikea video game chair (can’t place the name and i can’t find this anymore on ikea’s site). 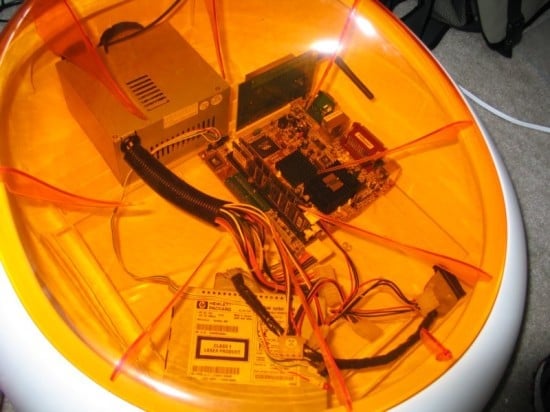 this was not only easier to gain access to the computer components, it was functional too. the chair maintains stability so you could pull it out and sit on it while playing old school computer games. this computer chair was also outfitted with a cold cathode neon light (red) so that this was also a hit at parties! 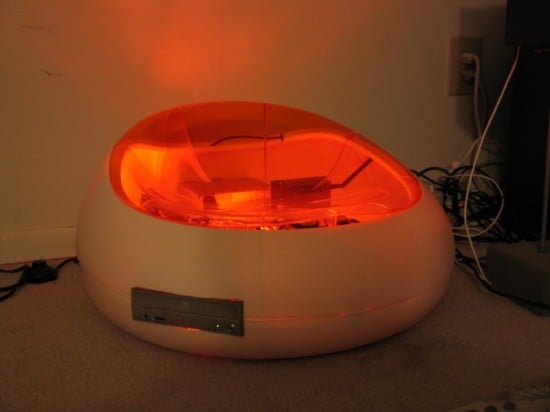 both computers have been retired as computers, but still function as interesting art pieces at my new home.”