sara’s wheelaway cat litter box
sara sent me her cat litter box constructed from 2 snack boxes. she flipped a smaller snack box on top a larger one. cut a hole for her large kitty to go through and attached the two boxes with hinges.

should you want to paint it, do remember to paint it before you construct the boxes – it will save you time painting round the metal plates. sara also added wheels. last thing is to place a litter pan in it and you’re set. 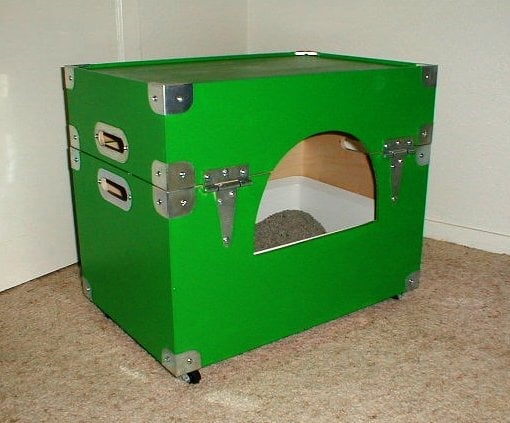 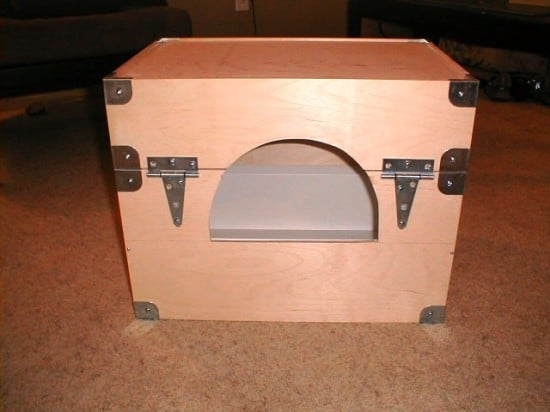 cut an entrance for your cat with a jigsaw 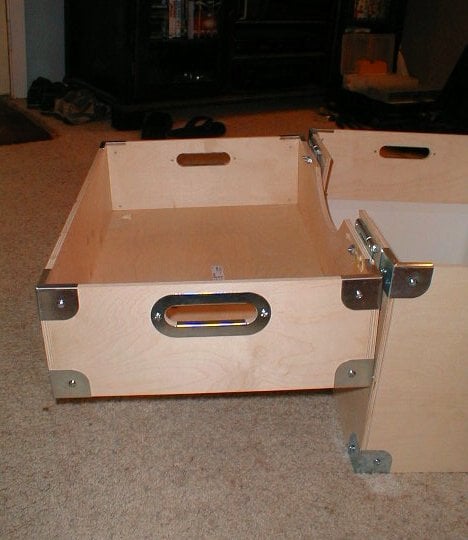 attach the two boxes with hinges

robert’s version (updated Jan 30, 2008)
this is a cool version of sara’s idea. same 2 snack boxes but with a square cut-out, which is probably easier to achieve. the stenciled paw prints are just too cute, don’t you think? 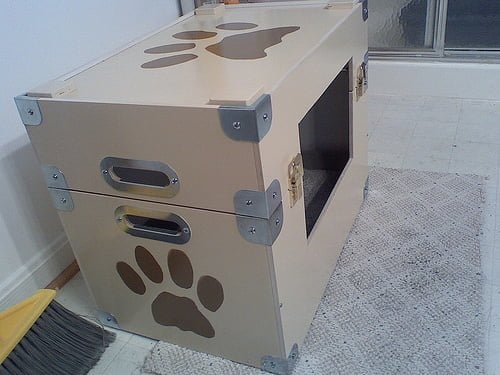 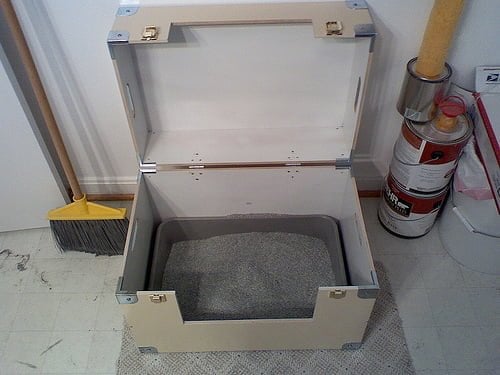 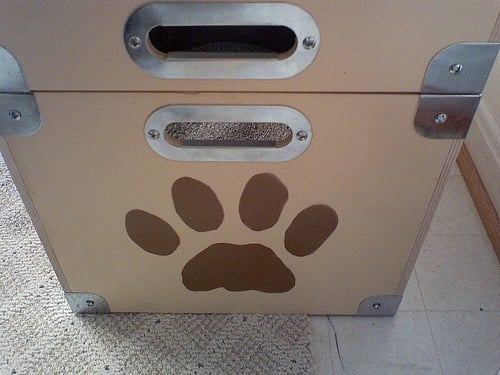 dee’s kitty litter hideaway
this is dee’s version, build from a hol storage box. she just cut out a section from the side for a concealed litter box that’s big enough to hold an extra large litter box, the extra litter and all the extras (poop scoop, litter deodorizer and bags). 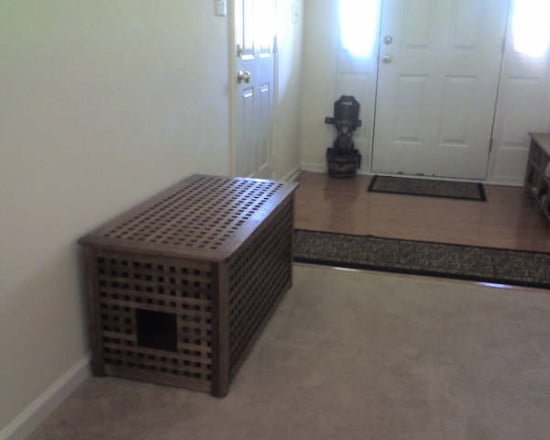 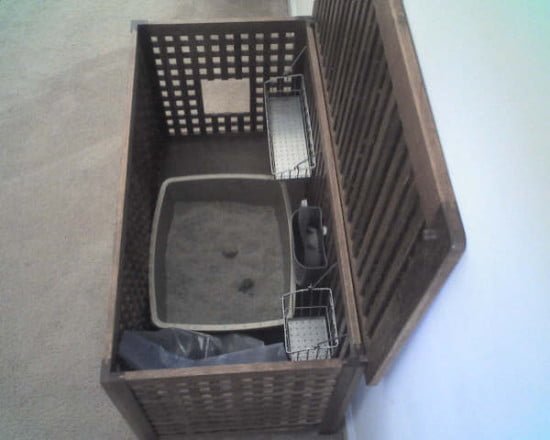 dee also added 2 bygel cutlery caddies with the center section of the holders cut out so they could be hung through the holes of the hol storage box. perfect for brushes, combs and extra little things she uses for her pampered persian!

A switch around made this into a cat bed scratch post

dee’s bonus: you can even use the piece you cut out from the hol for a kitchen trivet!

(on a side note, after a year running this site i’ve received only one doggie ikea hack. dog lovers not ikea hackers? :O )