seth tried standing on a rast bedside table (bad move! don’t do it) and broke it. he salvaged the parts into what he calls a FrankenRast and FrankenRast Jr.

he says, “soon after said implied mishap, i bought new (and larger) computer speakers, and wanted to use more of the vertical space in my office. i had an existing, still-intact rast already in-use for my printer. from all this, and a sudden abundance of pine boards, the FrankenRast (pronounced Fraaahn-ken-rast) was born. 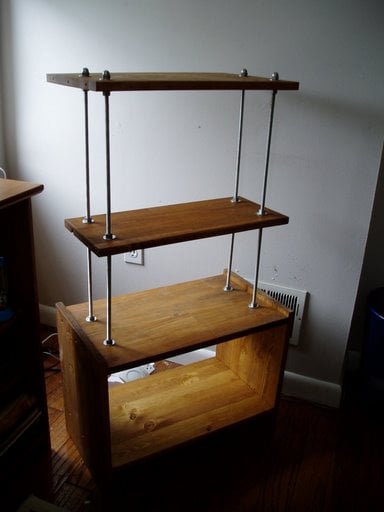 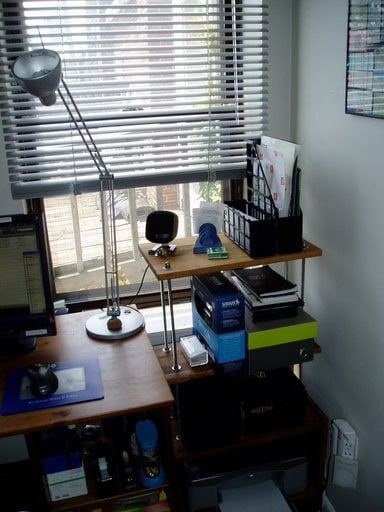 i took the broken remains of a rast and sanded them up and stained where the damage exposed the wood’s natural color (loosely speaking). i cut down 3/8″ diameter threaded rods to 2′ long, and drilled aligned holes in the existing and recovered rast shelves. i then used washers and nuts to slap the whole thing together. it’s rather sturdy, looks pretty sweet, and was easily adjusted to get it level.

FrankenRast Jr. was borne of the remaining 2 pieces of recovered wood, the excess threaded rods, and more washers and nuts. 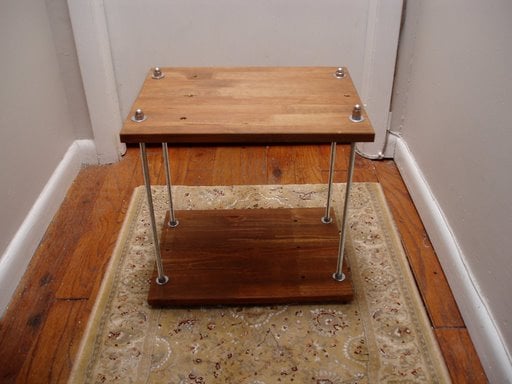 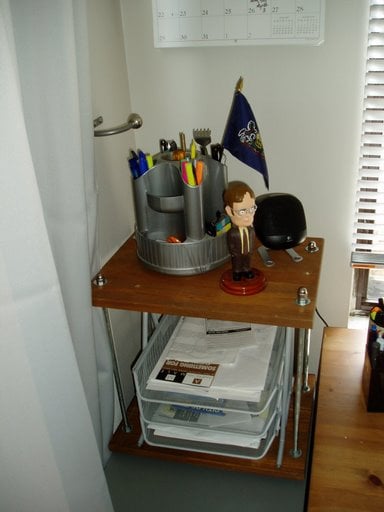