Kelly solved the bad lighting problem in her boyfriend’s apartment with the Grundtal.

“When my boyfriend moved into his current apartment, the first thing I noticed was the horrific lighting in the kitchen. There was an old style 90s California light panel or whatever they call them; basically panels over fluorescents, like an office. There were cupboards over most of the counters, and it was hard to see what you were doing at times. 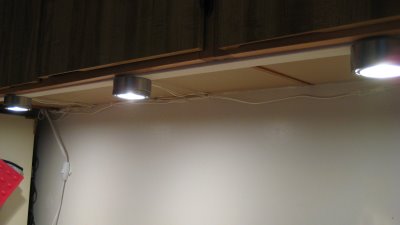 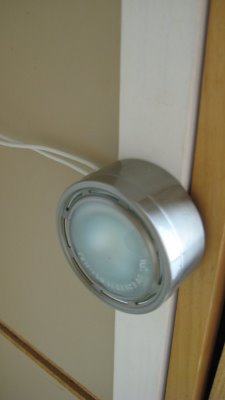 A run to Ikea solved this. I bought two packs of the Grundtal spotlights and some long pieces of baseboard moulding and double sided tape from my local hardware store. Using some nails, I attached the base of the lights to the baseboard, then hung up the baseboard with double sided
tape, which has now held successfully for almost two years. (He’s a renter, so I didn’t want to do anything major) There was a little ledge on the underside of the cupboards, so it looks like the lights are attached to the cupboards. 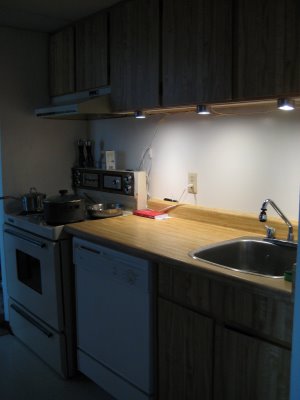 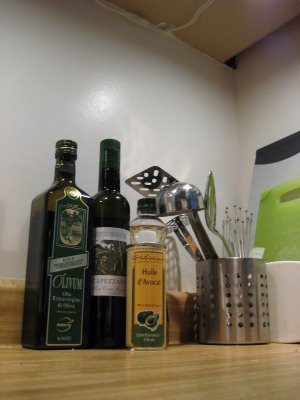 I then attached the halogen portion of the lights, clipped the wires and switches up and out of the way, and now have some nice task lighting, and just nicer than the horrid fluorescent lighting!”