Tim from Germany hacked a computer desk so he could store away his PC, without all the cables showing.

To hold it, I took an Ärlig 60x60cm (24″x24″), halved it and screwed some Capita 16cm legs to one half and placed the PC on it. I mounted the other half using some Stödis brackets to the upper part of the leg as a little storage shelf. Having seen just2cool’s ‘jer la pita‘ I thought that I could do that, too.

So I got me some angled Capita legs, a black-brown Lack shelf (the short one of course) and mounted it to my desk. And this is the result.” 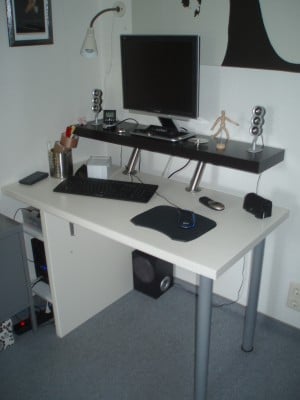 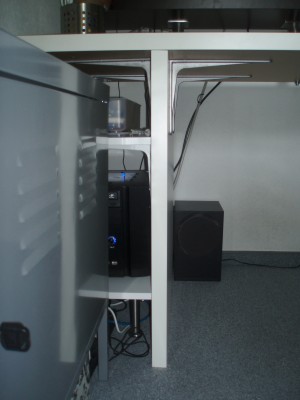