Outdoor cooking with the Varde

David takes the cooking outdoors by hacking a Varde sink unit into something better than a BBQ grill.

He says, “When we moved to California, our apartment had an electric stove, which we hate. Also, we wanted to be outside on the patio to enjoy the weather. We’re vegetarians, so we don’t actually grill that much. So we did this instead. We got a Varde sink unit on sale, enlarged the precut hole a bit and dropped in a propane cooktop designed for an RV that I bought off eBay for about $25. Add a tank, and we’re cooking with (propane) gas! The hole for the faucet is still there. I’m trying to decide whether to fill it with wood or to put some metal cup thing underneath so that it can be an integrated place to dispose of matches used to light the burners.” 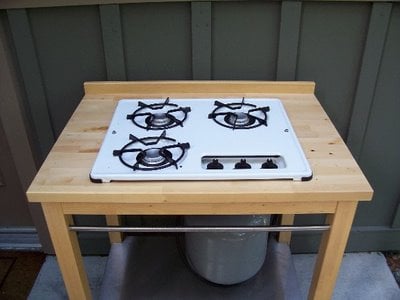 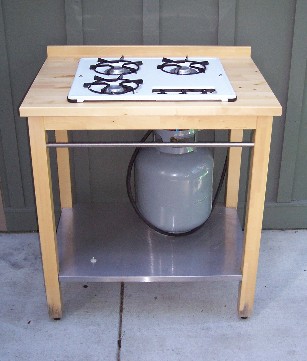 Taking the Y out of D.I.Y.
Ikea is putting on its clever advertising hat again. This time its for their assembly service in Germany. I’ve heard many complaints about their assembly instructions (though I think they are one of the best instruction sheets I’ve ever seen), so the jokes on them for this campaign. 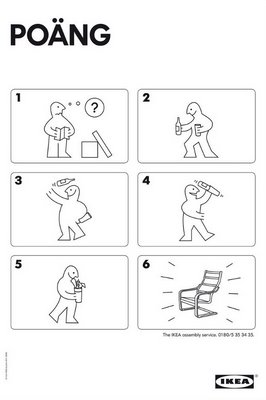 Click to view 2 more ads on Forsby and Billy. Thanks, Alexandra!