The day for ghouls and goblins will soon be upon us. Tien and friends decide to go Japanese this year. Why not? Witches and vampires are so last season.

“My friends and I are going for a Japanese theme this year. For one of my friends, I wanted to make a sexy kimono (was inspired by Emiri Miyasaka’s kimono, above).

The cheapest place for colorful fabrics by far is Ikea (at least in my city). So, I purchased the fabric, took about 6 hours of planning and sewing (didn’t really have a pattern… just kind of made it up as I went).

Turned out rather nice. It wasn’t expensive – cost me about 180 kr (roughly $25, but it’s probably even cheaper in the US). Below is my makeshift pattern. I based it off of this. Here are the measurements I used and how I did it. I kind of eyeballed the measurements, so it’s not exactly as that, but I tried my best to remember the measurements for the instructions. 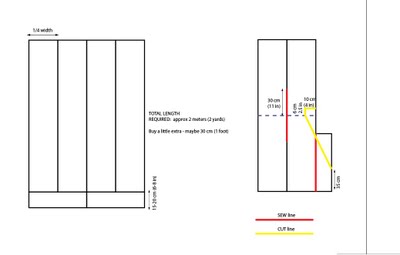 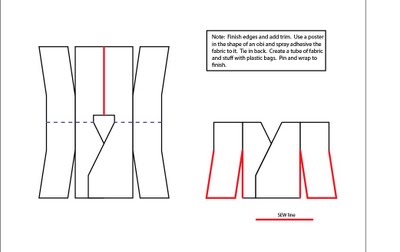 Obviously, one can go longer and multiple layer it, but I have to make 4 costumes for my friends and simplest is best. Hope someone tries this (but not in my city :D). It’s going to be an awesome Halloween.” 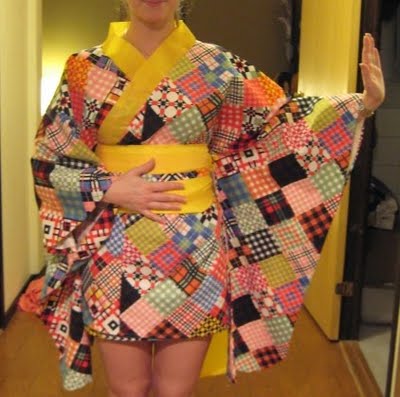 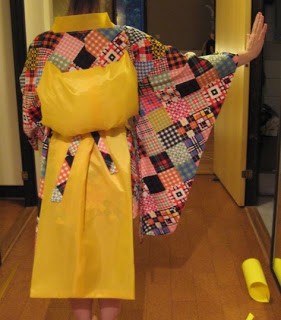