This was done earlier, now, Elena does her version of the Bekvam.

“The first one was simply painted, partly with stencil and partly free hand,then coated with varnish. 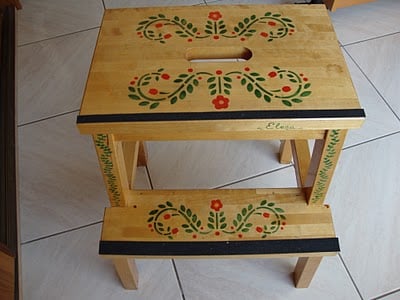 The second one was a bit more complicated, I first started …

with Ikea stencil but it didn’t work out too well, so I preferred covering it entirely with paper towels glued on it with “vernis-colle” (acrylic glue, becoming transparent when it dries, commonly used in the paper towel technique). 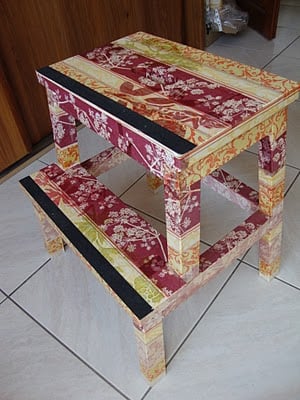 As a finishing touch, I added some anti-slip band on the steps.”