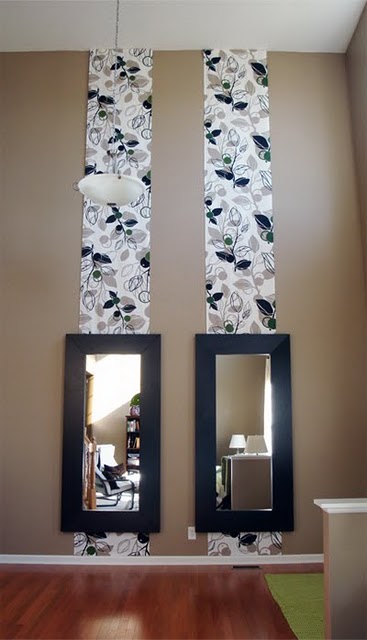 Description: I folded the fabric directly in half and cut down the fold, making the two panels.

To hem each side, I used Stitch Witchery. I followed the steps on the back of the packaging to adhere the 1/2″ hem on each side. No sewing machine for this project! 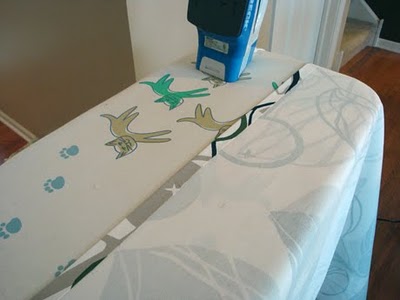 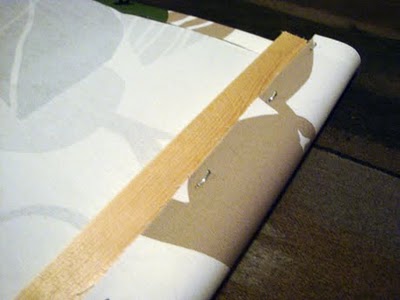 I stapled one end of each panel to a thin 1×4″ (only $2!) that my husband cut down slightly narrower than the width of the panel.

Then I coaxed him into using our extension ladder to scale the 18 foot wall, all the way up to the ceiling and screw the 1x4s into the wall. To make his life easier, and less death defying, he pre-screwed about five screws into each piece of wood so that he could use one hand to hold the 1×4 on the wall and the other hand screw the screws in. After securing one screw, he said that is was much easier to screw the others in because he didn’t have to hold the panel up anymore and could put all of his force into the other screws. 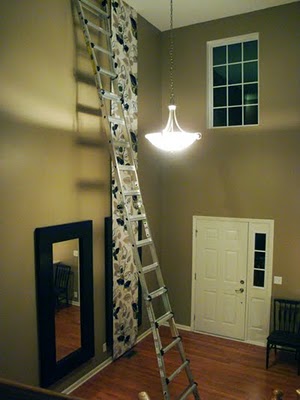 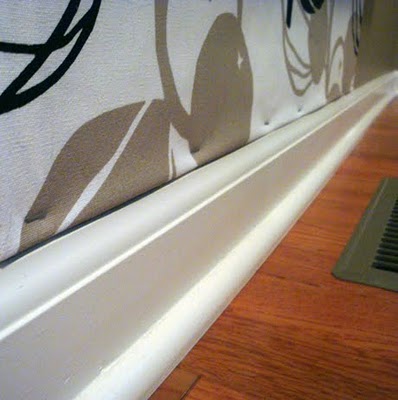 One little tool that made the hanging process a breeze was this little laser level that I bought for him a few years ago. Rather than measuring placement on the wall at the top of the ladder, we propped this guy on the mirror and he beamed a straight and level line all the way up to the ceiling.

A short while later, both panels were hanging and after about 30 seconds of staple-gunning were tacked to the wall.