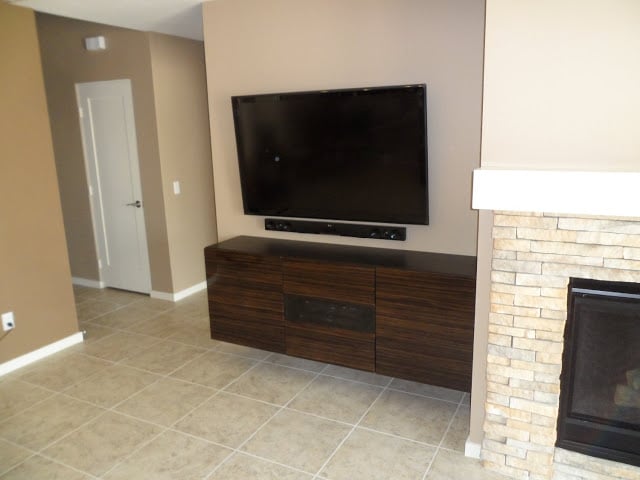 Description: First off, I mounted the flat panel screen and ran wires through wall. BESTA shelving units rested temporarily on standard 1 gallon paint cans (which are the PERFECT height for any floating cabinet in my book).

After wiring both the TV and surround sound bar, both of the BESTA units were attached together and then to the wall with brackets and 4 inch lag bolts into the studs. 8 total brackets/bolts were used for solid support. The provided IKEA plastic hangers were quite handy for hanging the units level while they were permanently attached. 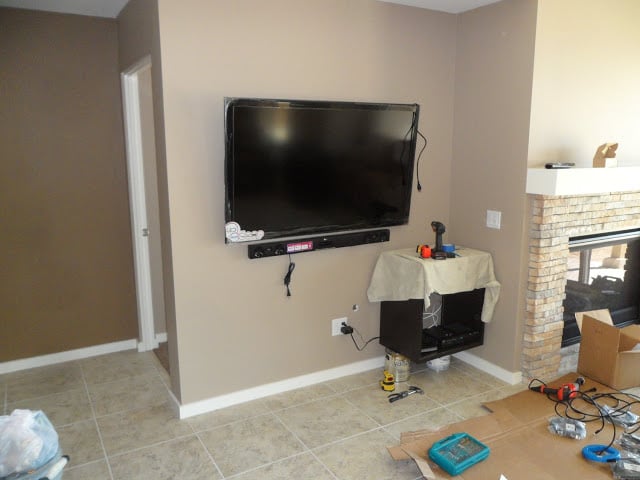 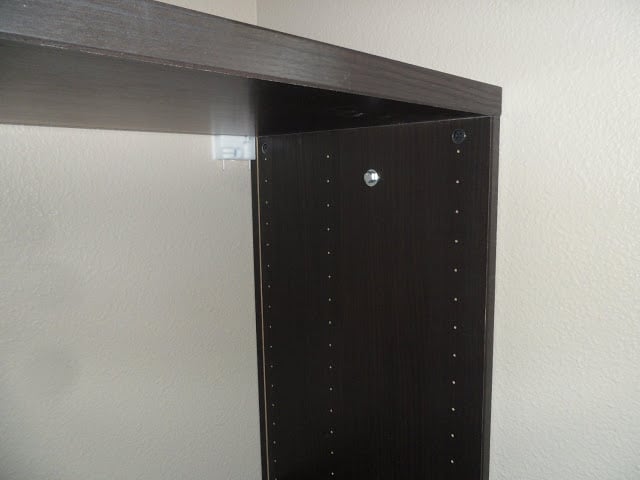 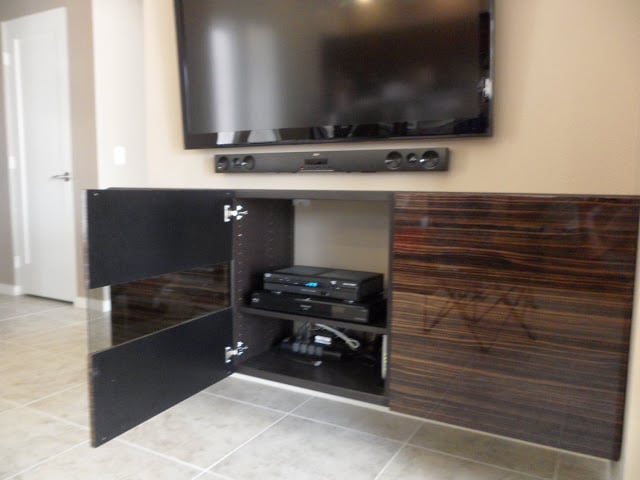 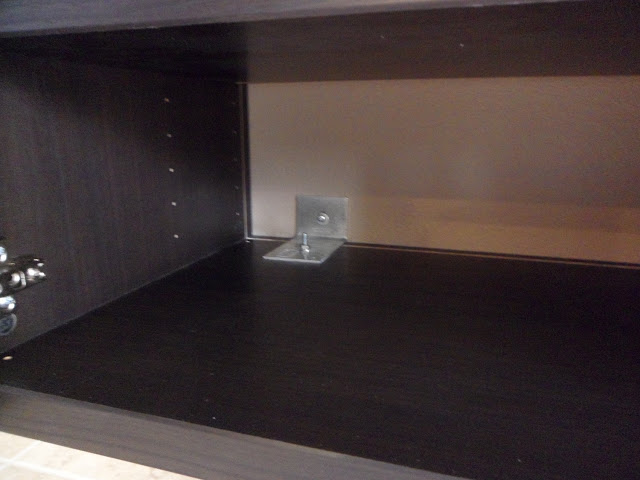 I chose the high gloss brown BESTA HOLMBO doors with the middle door having the center tinted glass option–which is just tall enough for the remote sensor to control the cable box and DVD player.

Many visitors have commented on the build asking me what company I commissioned to install the cabinet! IKEA has done it again!