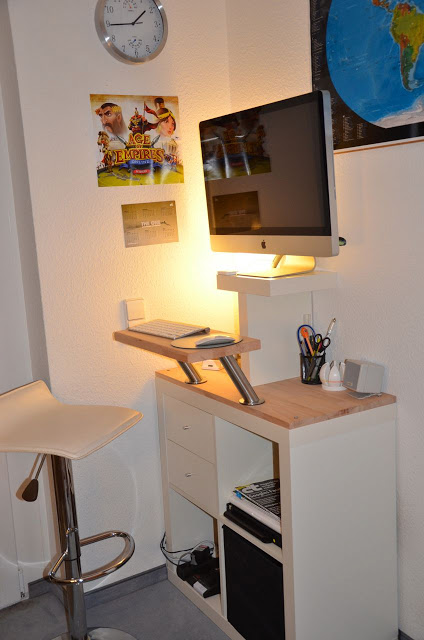 Description: Recently I began to feel unhappy with my current home office environment. At work I am sitting all day in front of my iMac and when I get home I really didn’t feel like sitting anymore. So I started looking for alternative ways of working and thought about my last job where we had tables to move up and down in case we felt more like standing at work. I loved this option but since there isn’t enough space anyway in out home office (we’re sharing about 12. 5m^2) a real desk wasn’t an option anymore. After a long and frustrating search I discovered ikeahackers and started to look through the workspaces shown here. The desk which at last I liked the most because of its simplicity and small space consumption was [When iMac goes to work] by Piritea from Italy.

Having this in mind, my girl and I drove to IKEA and walked through the LACK department and talked about that the LACK shelf was guaranteed to hold 3kg and how my iMac weights about 18. something. Talking to some of the IKEA staff members and putting together some pieces of work plate we had as a leftover of earlier self-made-furniture we designed Mr. T using two LACK wall shelves as a stand for the iMac, an EXPEDIT 4×4 shelving unit and the gorgeous CAPITA consoles. 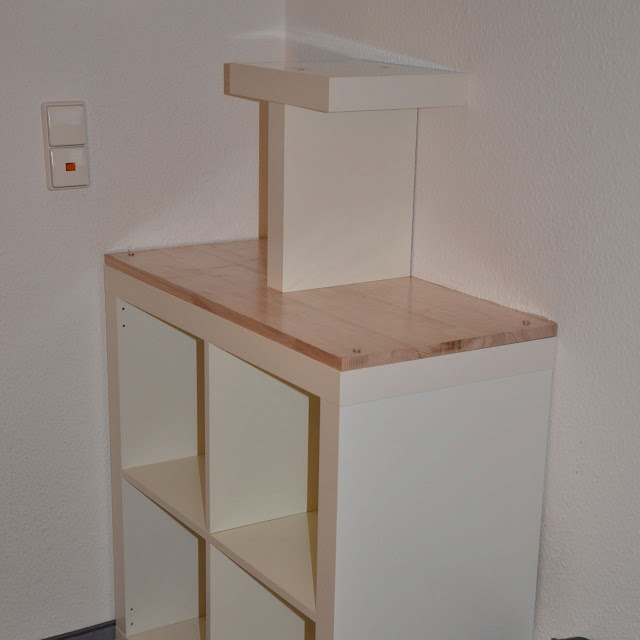 First, we assembled the EXPEDIT shelving unit and mounted a beech work plate (genuine wood, not pressboard – this part is important) on top of it. We used four screws to attach them together but you need to be careful while drilling them into the EXPEDIT because it’s mostly hollow.

In the second step we attached one of the LACK shelves vertically in the middle of the work plate and the second LACK shelf horizontally on top of the first so that they form kind of a “T”. For security reasons, the upper LACK shelf was additionally attached to the wall. The LACK shelves are mostly hollow as well so keep in mind that beyond tight it will be loose and then it will be broken (we say “nach fest kommt ab” in german which seems to be hard to translate).

With the stand for the iMac the last missing part was the keyboard, mouse and palm rest for which we used the CAPITA consoles and another beech work plate of 50x24cm. In Piritea’s hack, he mounted the CAPITA consoles upside down and I know why he needed to do this. There’s no way you can attach these in the right direction to a LACK shelf (hollow, you already got it perhaps), because they need to be drilled through the plate and tightend with a screw-nut from the other side. This would have smashed the LACK shelf completely. 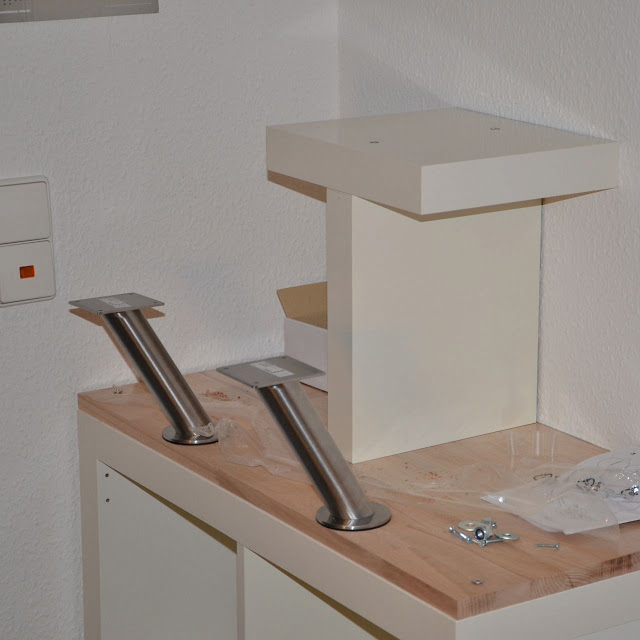 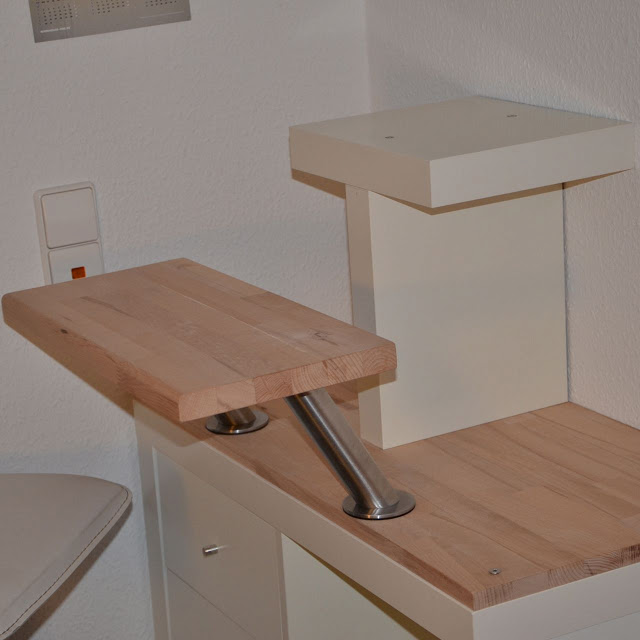 But in our design, we had the advantage of a work plate made of genuine wood for which the procedure is not a problem. Due to the fact that we were out of 10mm drills (CAPITA’s bottom screws are 10mm thick) and the upper plate of the 4×4 EXPEDIT shelving unit was attached to the work plate so that we would not be able to attach the screw-nuts as well, we simply took an 8mm drill and forced the CAPITA console into these slightly-too-thin-holes. You should end up with an “undestroyable” construction. 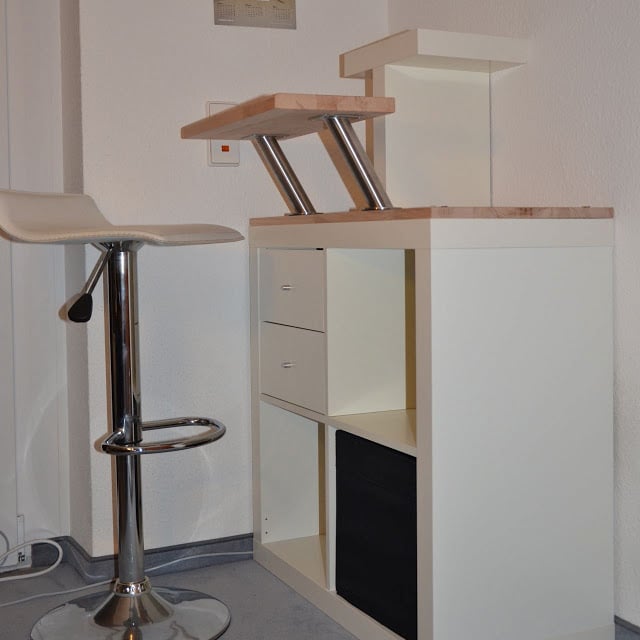 The last step was easy: Attach the two CAPITA consoles to the upper work plate with 4 screws each and be done. Afterwards we made another trip to IKEA and got me an EXPEDIT insert with two drawers and a FLÖRT box.

Finally I am happy with my new standing desk and would like to thank you all for being such a great inspiration by sharing our ikeahack. Thank you.