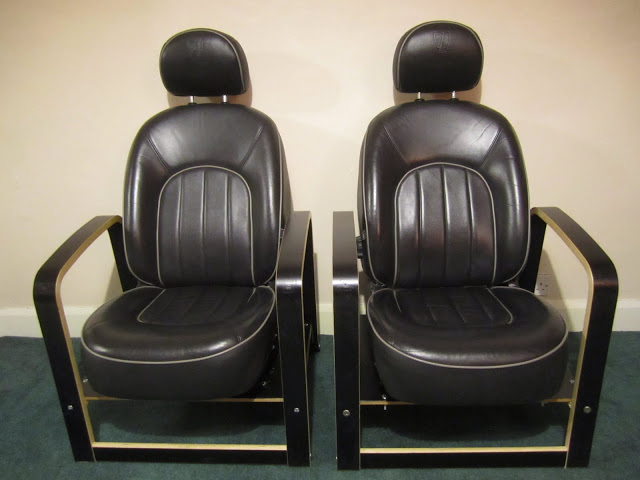 Description: I was inspired by Ron Arad’s 1981 Rover chair, which utilised a leather Rover car seat with galvanised steel scaffolding poles for the legs and arm rests.

My Ikea Hack follows the same theme utilising a black leather Rover car seat and an Ikea Poang chair frame for the legs and arm rests. 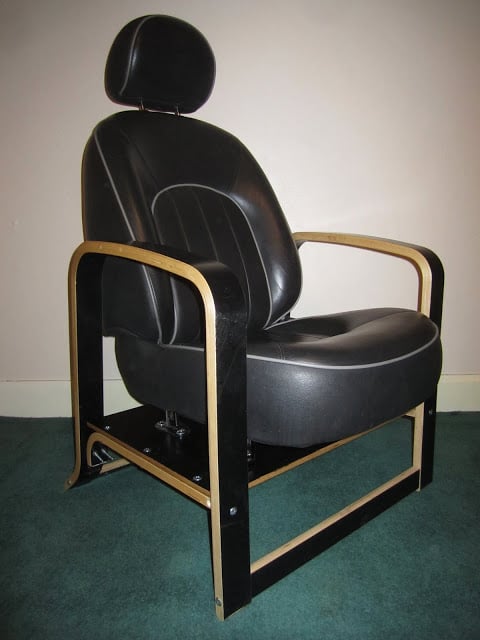 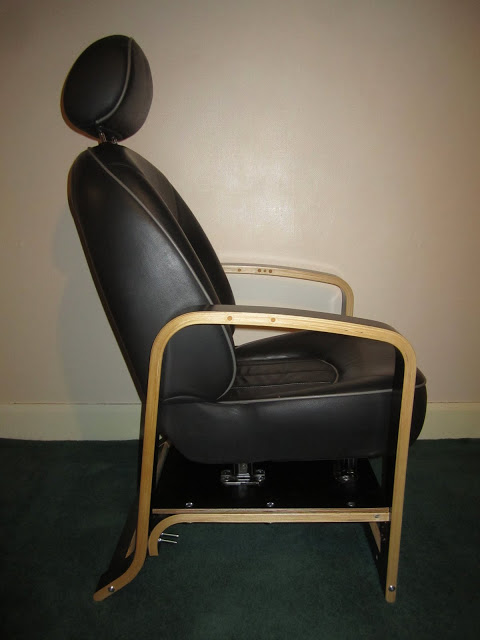 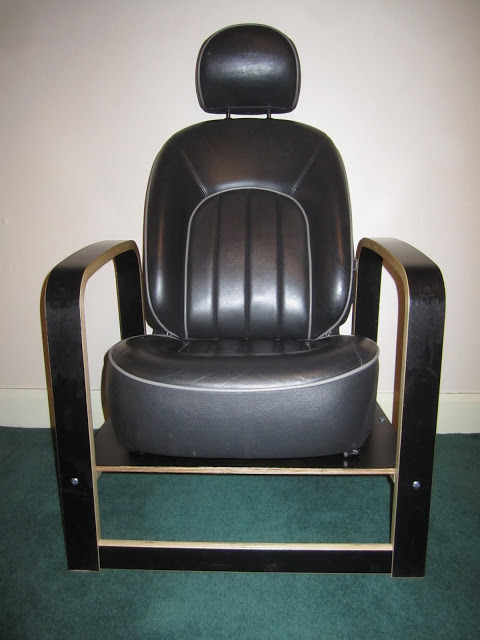 I have taken the original Poang legs and arm rests and rotated them through 90 degrees as shown. The original Poang components are simply strengthened at the joint and complemented with a plywood horizontal board used to bolt the Rover car seat onto.

As shown, I have made two matching Rover/Poang Chairs and they are going to be used as drinking chairs in my snug!