There’s more to Benno than meets the eye 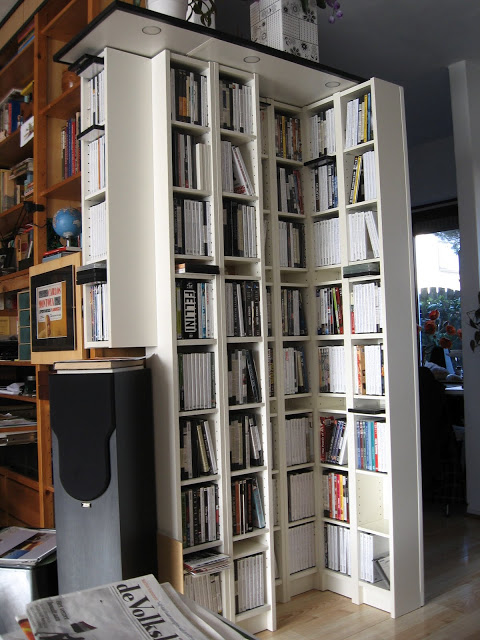 Description: I fixed six-and-a-half DVD-racks together in such a way that two of them – screwed to one another as a unit, can be moved to reveal the hidden contents. By pulling the added handle it turns outward, by a pin and hole pivoting construction : holes in floor and in added topping plate, pins in corner below and above both jointed racks.

As you are looking at the ugly backside of the pivoting racks I glued nostalgic black&white cardboard pictures of some Paris quarter to it. In the extending topping plate I made 3 holes to insert the LEDs, illuminating the contents of the racks. 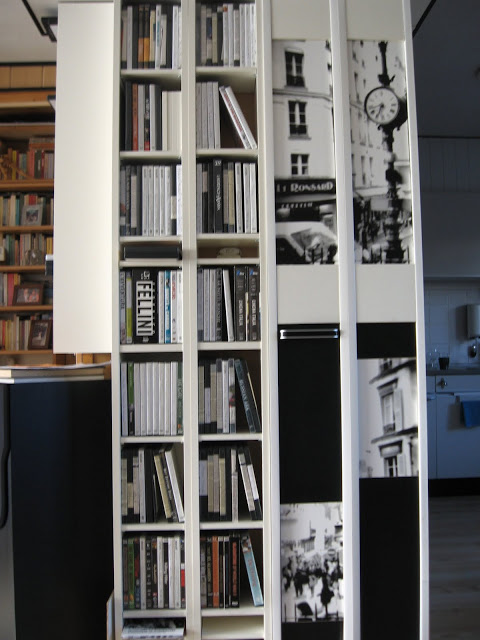 Not visible on the topping plate are two more LEDs, illuminating the plants on top of the racks. It took me a couple of hours to get it right, but it works perfectly. If closed, you can’t see that there’s more to the Benno than you would expect.

Look at the photos I made to see what I mean. To make room for my large right stereo speaker I sawed 1 Benno into two halves. One half I fixed with it’s backside to the side of another rack. The other half I use as a cupboard for things like socks. 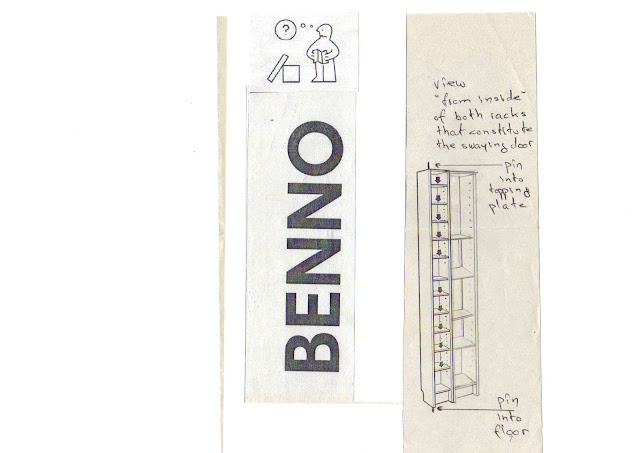 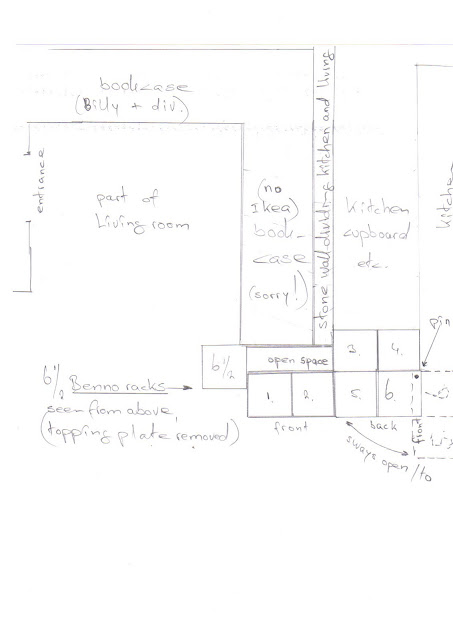 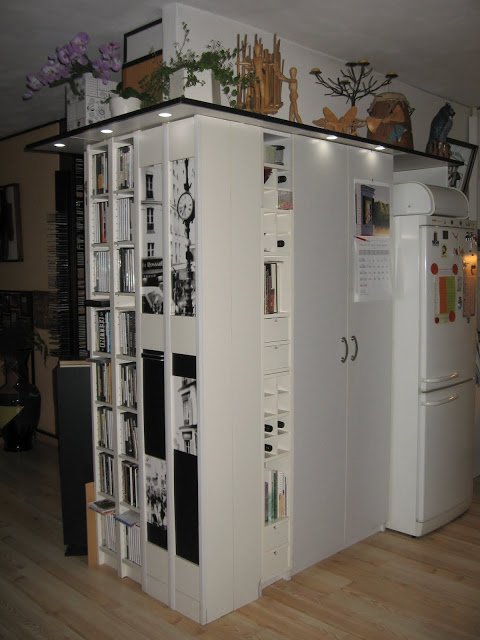 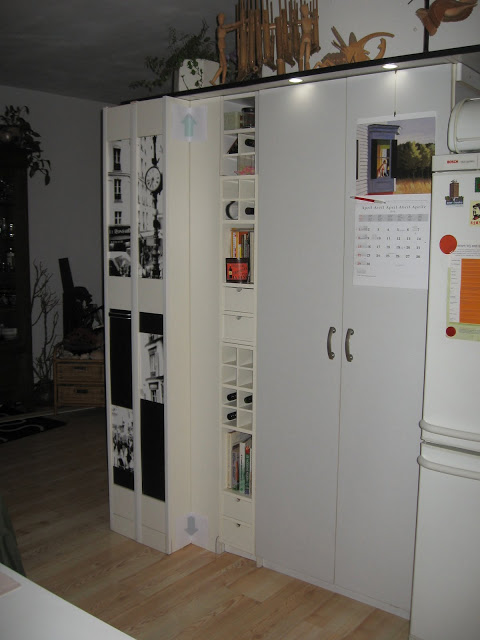 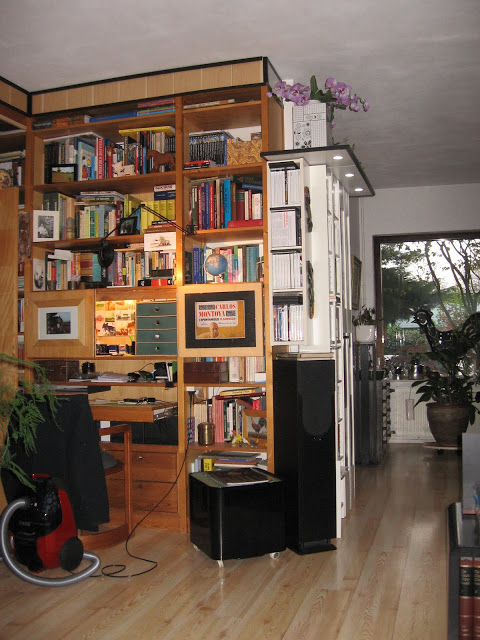 There were some questions about how I constructed the six Benno racks in such a way that two of them act as a door, by swaying open and to by means of a pin and hole pivoting system.

I took some more pictures and made some drawings in order to make clear how it works. Basically it is a very simple way of making a heavy object pivot. Maybe you have heard of Agamemnon’s castle in Mykene, on the Pelopponesos peninsula (Greece): this (still) has an entrance called “the lion’s gate” which in the very past contained a heavy wooden door that pivoted by means of a pin and hole system.

Hinges would not be able to carry the weight of this door. By the way, I used felt pieces under the swaying racks to make them move effortlessly on the floor. Which happens to be an Ikea “laminaat” floor that is by now almost 20 years old (and still going strong !)

Thank you all for being interested in my hack.