Would you buy an IKEA all-in-one smart TV? 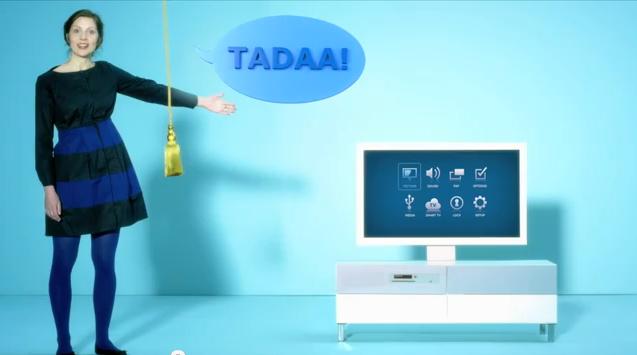 Jochen sent me a link to this video and I wondered, “is this for real?” I thought someone uploaded a late April Fool’s joke. But no, it’s legit.

Well, tadaa… it’s the IKEA UPPLEVA. An all-in-one smart TV with speakers, blue ray and DVD player all built into the furniture. How’s that for thinking within the box? It looks promising, and I love that it seems to have banished the bane of cables once and for all.

As you would expect from IKEA, the UPPLEVA is customisable, meaning you can fit it into other IKEA furniture systems like the BESTA. That’s important because I don’t think its boring squarish looks will fly. That also means we hackers have more to play with!

Trimmings aside, the real test of the pudding would be the TV itself, don’t you think? Seriously, would you buy a made by IKEA TV? That remains to be seen. On HD.

The UPPLEVA will be rolling out in Stockholm, Milan, Paris, Gdansk and Berlin in June 2012. Then the rest of the stores in Sweden, Italy, France, Poland, Denmark, Spain, Norway and Portugal in Autumn 2012. Poor me will have to wait till Spring 2013.

Let me know in the comments what you think of an IKEA TV? Would you buy it?