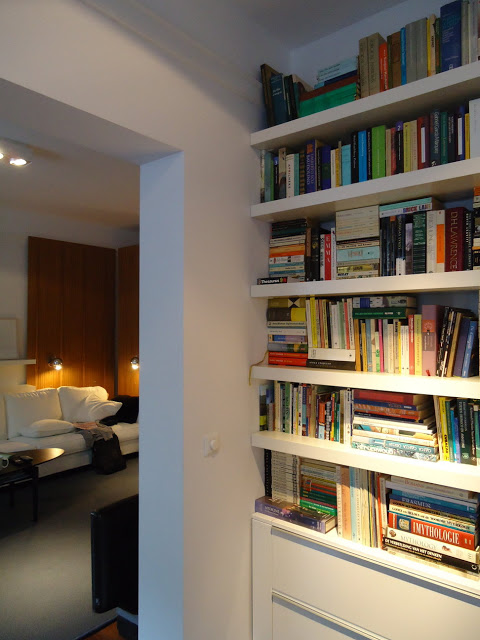 Description: This is a very discreet hack! I wanted to create a smart, built-in-look bookcase with storage underneath. I didn’t want it to look like an Ikea shelving ‘system’.

I went for the full length Lack shelves (190cm wide) and underneath, two rows of Besta Burs CD-storage units (180cm wide). I mounted the besta Burs on a plinth the same height as the skirting board in the room. Once everything was mounted, I had a 10cm gap on one side of the Besta Burs. I hacked an extra Besta Burs door (which you can buy individually) to fit the small space. 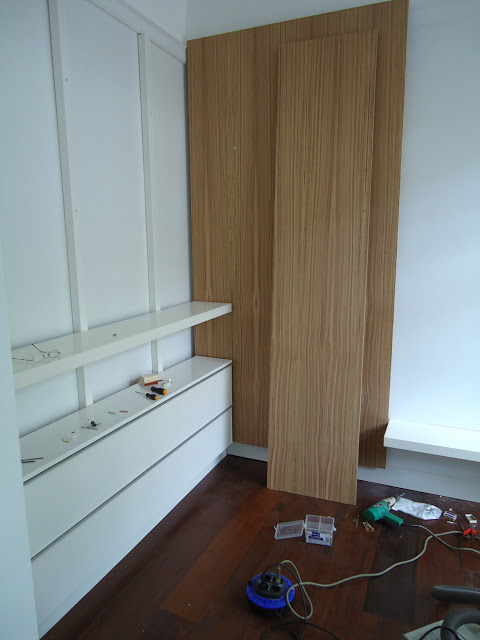 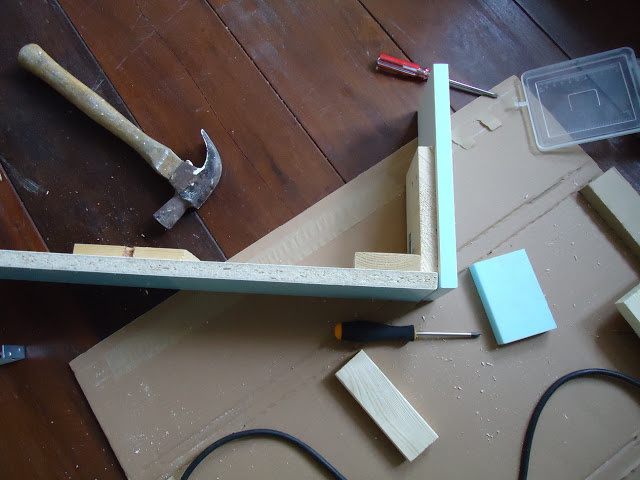 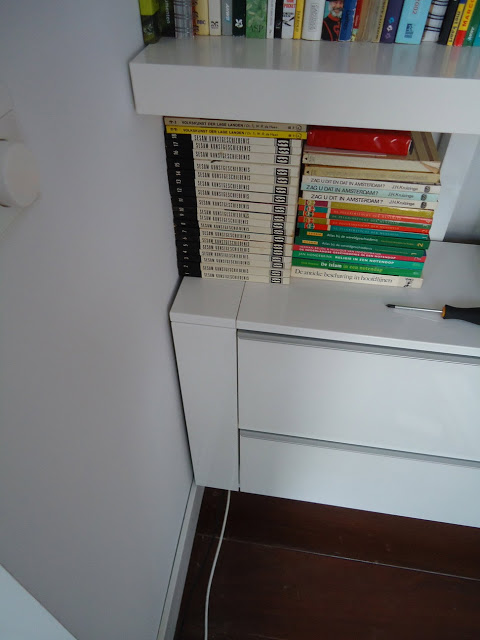 Three tips: 1) leave the protective blue plastic layer on the pieces you cut – you don’t want the high gloss to be all scratched. You can even sand the corners with the plastic on; 2) saw the door in such a way that you end up with the outsides (ie the nicely rounded gloss-sprayed corners – against each other in the corner – it will make it look very professional…; 3) Make sure that the angle at which you put the two pieces together is a bit less than 90 degrees – that way you can squeeze them in a neat corner once you mount them on to the storage rack.