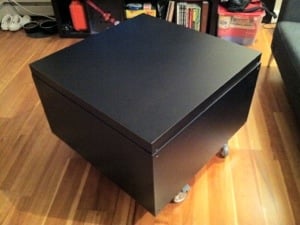 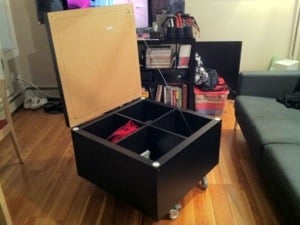 Description: We are always in need of extra storage space in our tiny apartment. We had an existing LACK coffee table that we were going to trash when we found a replacement. After looking at the dimensions of the LACK and the 2X2 EXPEDIT, I decided to make a trip to the local IKEA. In the as is section, I found a white square desktop (VIKA AMON?) that looked to be roughly the same size as the EXPEDIT. 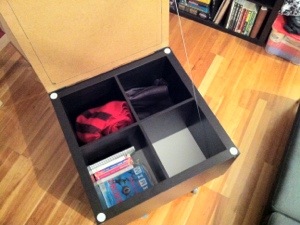 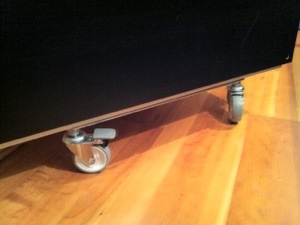 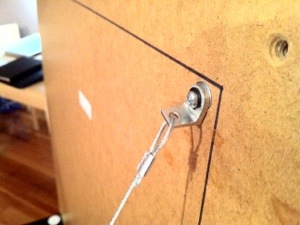 Using the brackets for mounting the EXPEDIT to a wall, the square desktop was mounted to the EXPEDIT. The hinges were screwed into the side of the LACK. Then using the bolts for the EXPEDIT, the hinge was attached.

A left over bracket from the LACK was used to attach a length of wire to the inside of the LACK lid, with the other end strung through the EXPEDIT bracket.

Wheels centred on each edge of the square desktop underneath… and now we have an Rolling LACK EXPEDIT coffee table with storage.

See more of the Lack Expedit coffee table with storage.