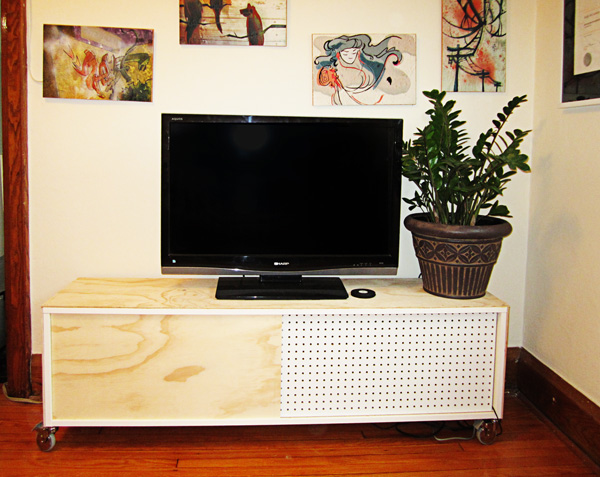 Description: Our first choice would have been the Grid Media Console from CB2, but it’s $600 and honestly doesn’t look like its worth that money So I moved to the IKEA site itself and started doing my research, and it wasn’t what I’d hoped for. There was another hack I’d seen where they’d screwed 3 Besta units together but honestly, buying 3 wasn’t as cheap as I was hoping for, and the doors didn’t slide.

Maybe my expectations were a bit high, but I had a pretty solid idea of what I wanted and I wasn’t going to settle for less. So, after ages hunting for units with sliding doors, and learning quickly that the vast majority of these were much to large for the just-barely-7ft space we had to work with I found the GALLANT.

The GALLANT I’m speaking of is actually some sort of floating shelf creature, but it measures only 6″ shorter than the CB2 console, and 3″ shallower. It is also meant to be mounted on the wall with a seriously heavy-duty rail, so we had a ton of extra pieces and the portion that actually needed to be assembled only took 20 minutes. 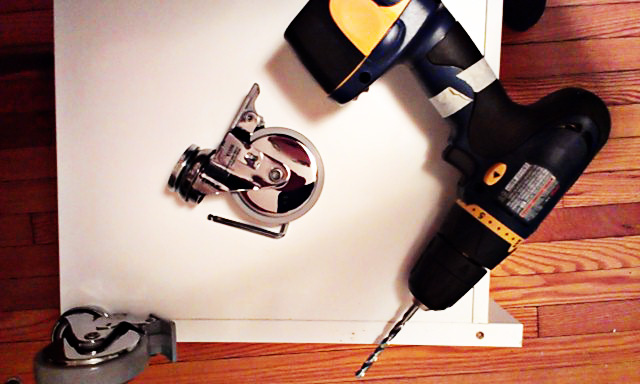 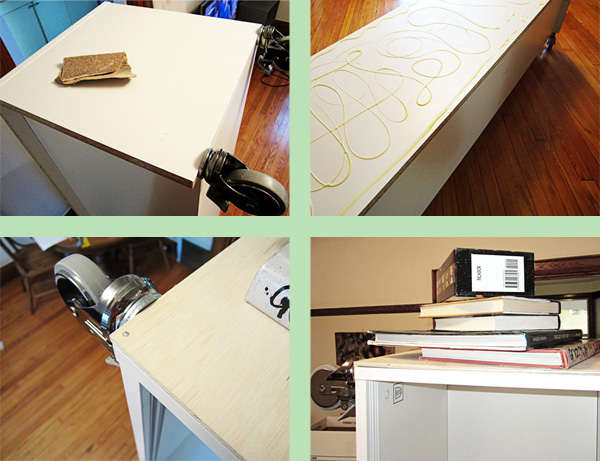 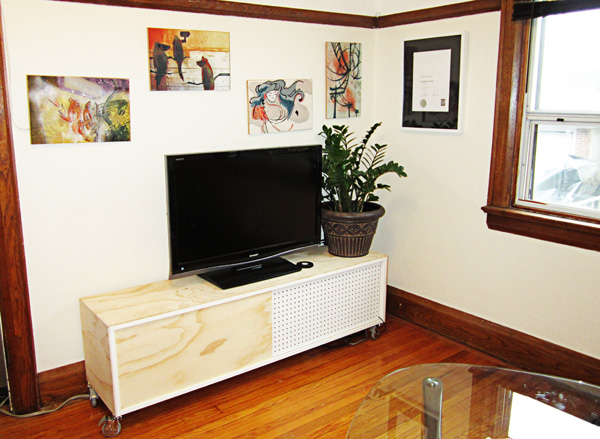 We then drilled some holes for the Besta casters, got some plywood cut to size for the sides and doors since we didn’t like the glass ones, and started finishing off the project.

I like to sand the plastic Ikea finish so the wood glue we used would hold better, then we nailed the plywood down with finishing nails, and popped the new doors in (we had to remove the plastic runners that were there for the glass doors).

Still need to varnish and attach handles but VERY happy with the result.