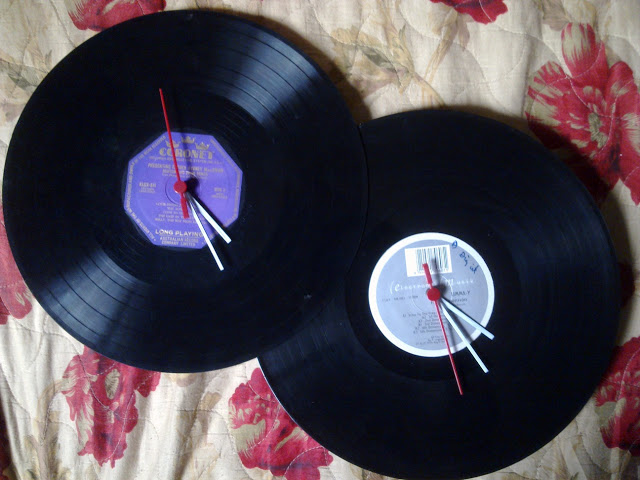 Description: This is maybe the simplest hack yet,

I bought RUSCH wall clock ($1.99) a while ago and planned to hack it later. Then later I bought some old vinyl record from a flea market for just ($1.00) a piece.

First I started by removing the needles from the clock mechanism.

After that, I stuck the clock mechanism behind the record’s aperture using hot glue. 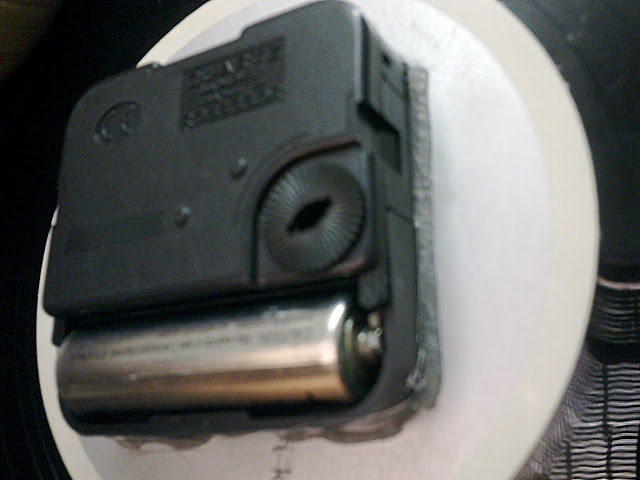 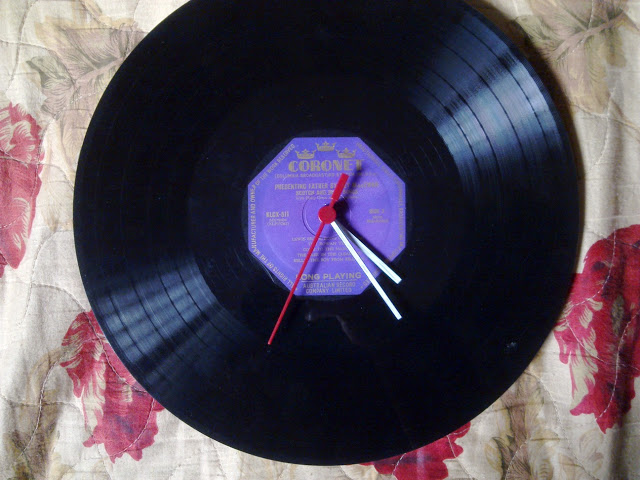 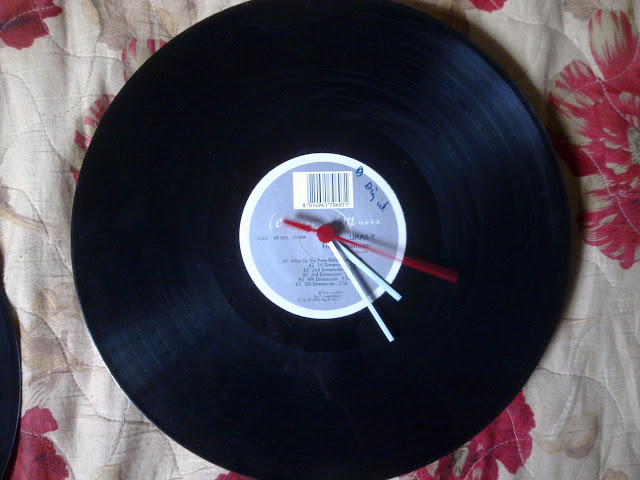 The needles, I used a marker pen to colour it white so that they contrast with the vinyl record’s colour.

Then, I replaced the needles and just like that, it’s finished. Like I said before, it is the simplest hack ever.