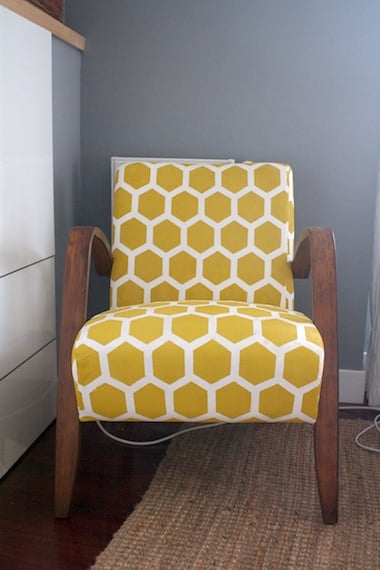 Description: My aunt gave us an old accent chair she no longer had room for. It was 20 years old and from Ikea. My initial idea was to make a new cover out of a fun patterned fabric. The problem? I don’t really know how to sew, so I’d either have to learn, or ask someone for help. My next idea was to dye it. That posed another issue: it wouldn’t be patterned, something I think is severely lacking in the living room.

So I decided to try my hand at stenciling the slipcover with paint. I had already done something similar with a rug and I loved the results, plus I figured if it didn’t turn out okay this time I could sew a new cover eventually. After checking out other armchairs out there I settled on a hexagonal design. My idea was to tape off all the areas I wanted to leave as-is (the lines between the hexagons) and leave the hexagons bare so that I could paint them.

I started in the middle of the armchair, and with painter’s tape, I taped around a cut-out hexagon. I moved it around and continued to tape, tape, tape. 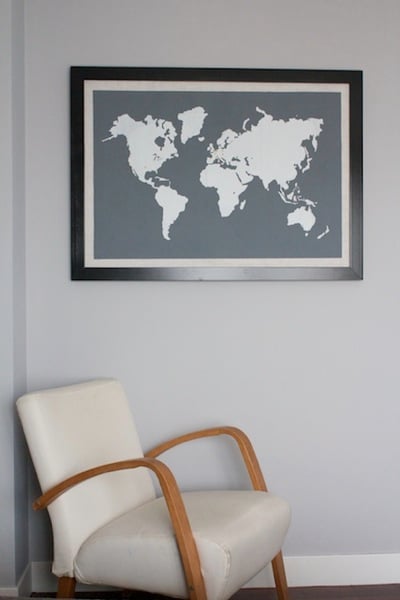 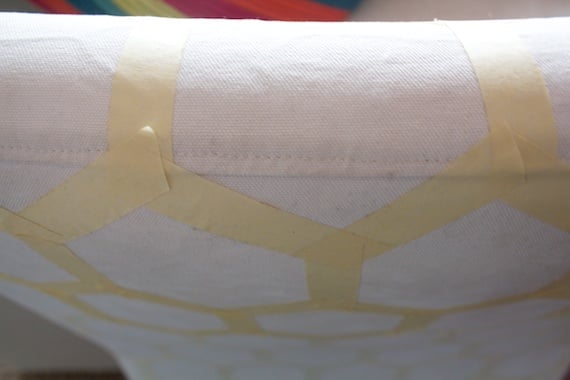 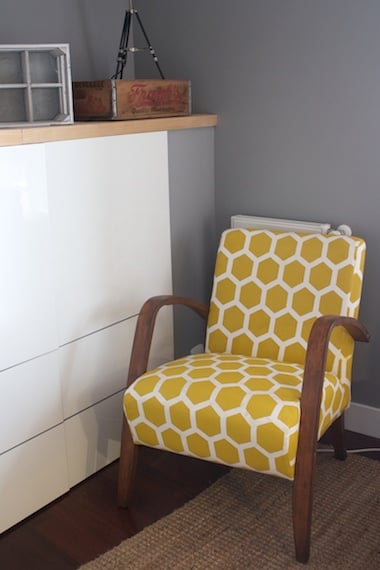 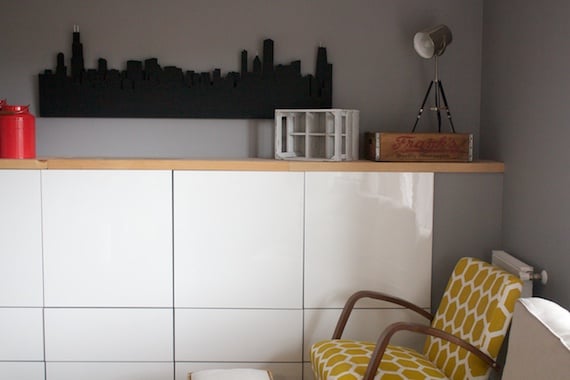 Once all the lines between hexagons were taped off, I started painting. The best thing about using the painter’s tape method is that you can use a roller if you taped off everything properly. I used normal latex paint mixed with fabric medium. Unfortunately one coat of paint wasn’t enough in most places so I had to do two. Once it was dry I sprayed it with Scotchgard to protect it a bit.

The verdict? Well, to be honest, I’m not sure. I really like the design, but the paint has more texture than I expected. I only spent 10€ on this – and I have half a can of paint left over. So, maybe eventually I will decide to reupholster it properly, but in the meantime, I can totally live with this.

See more of the stenciled armchair.