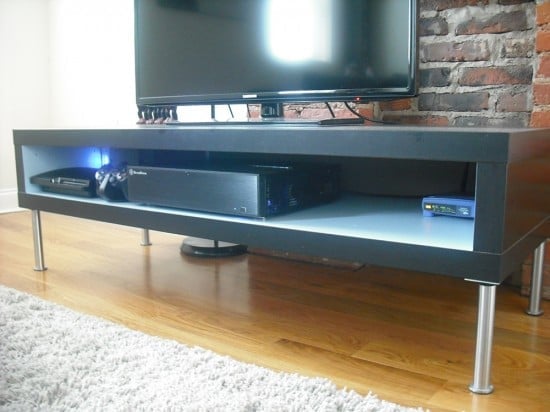 I took most of my inspiration from the ‘OCD-Friendly Expedit TV Bench’ featured here.

I wanted to find a way to clean up the nest of wires behind my Lack TV stand and give it a fresh look.

I started off with replacing the legs with 6″ Capita legs.

Then I drilled two holes with a 3″ hole saw. This is where I planned to route my cable to the boxes inside the stand.

I bought some self-adhesive vinyl wallpaper in matte blue and began to cover inside the sides and base of the stand. 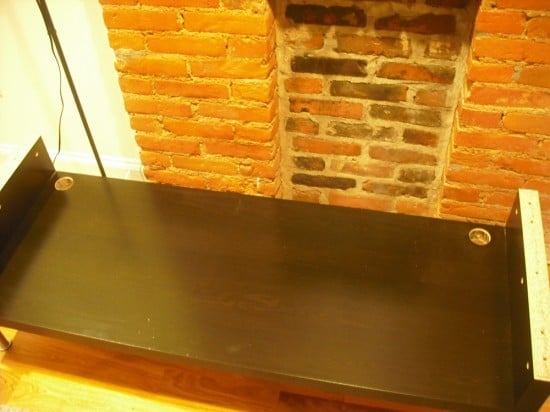 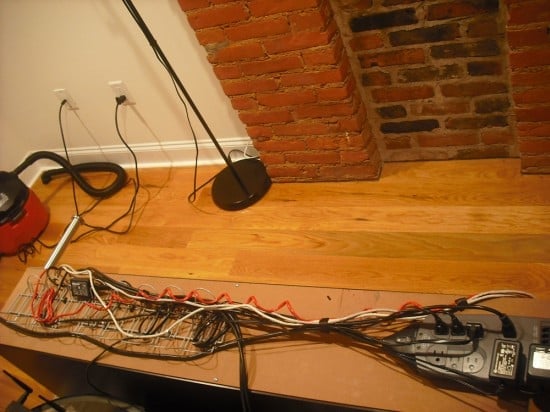 There’s a local millwork that had some scraps of backing board they were able to cut to size for me. I fastened this to the back of the stand using wood screws.

I fastened the Signum cable organizer using small cable staples. These are the small clips you would typically use to fasten cable to a wall along the molding.

The surge protector is held in place on the back using double sided 3M tape that’s used for securing picture frames. I decided to use this because it has Velcro on one end to allow for easy removal.

I routed all my cables through the cable organizer and used some Velcro straps to keep some of the cables together. I used both holes in case I didn’t have enough slack for a certain cable.

Once everything was done in and in place, I was very happy with the results. Now I can clean underneath the TV stand without worrying about a mess of wires.